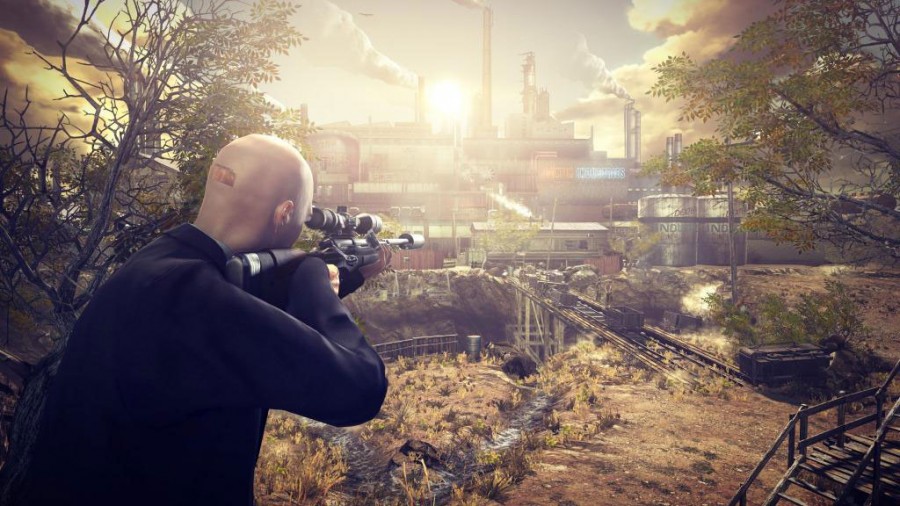 Featuring the kind of storyline that would star Jason Statham, Hitman: Absolution is a stealthy action title with fantastic graphics and the ability to do what you want to do inside the game world.

You are, unsurprisingly, the eponymous hitman and you get to create all sorts of havoc while also exhibiting the softer, more caring side of your nature. Although not that often. There’s huge potential to play the game in your own style but, be warned, the game is watching you.

That’s because Hitman Absolution keeps track of everything you do – this is kind of par for the course these days in other styles of game, such as EA’s racing games and the omnipresent ‘Autolog’, or Halo’s famed stat tracking system, but relatively novel in an action adventure game like this.

You’ll gain extra points as a reward for completing the various sub-objectives in each kill mission, like making headshots, or silent kills, but also for stuff like utilising disguises, removing evidence , picking up weapons and so on.

The other reason the game watches you so closely is that developer IO Interactive has built in an ingenious recording system – a kind of asynchronous multiplayer – that can track your actions in any mission and then allow you to create your own ‘contract’, post it online and encourage all your mates to have a crack at doing it themselves.

Given that you’re recording what you’ve actually done yourself, this also rather neatly means that no-one can create a mission that proves to be impossible to execute – smart thinking from developers IO Interactive there.

As with all previous Hitman games, there are always multiple ways to complete the same objective, but unlike its predecessors, in ‘Absolution’ your options seem to be a lot more apparent.

This is a good thing, especially considering that after the initial tutorial mission that sets the scene for the whole game, you’re given little or no direction on what you need to do to accomplish your mission.

You’re left to your own devices and imagination, which is an example of game design diametrically opposite to most other competing, big-budget titles and, for most players is likely to represent a freedom that is both refreshing and scary at the same time.

To provide just a hint of assistance, the game does allow you to use 47’s ‘instinct’, which highlights objects of potential interest or utility and, if you’ve managed to get yourself in a real fix, can even help calm the nerves of characters who have become suspicious and allow you to slip past.

Even with the multiple paths to your objective and the ‘instinct’ feature, you’ll more than likely find yourself getting rumbled and this introduces a strong ‘suck it and see’ element to the gameplay. Restarting from a previous checkpoint, or even from the start of the level, is always an option and you’ll find yourself doing that a fair bit, either to try something different, get more of the achievements or just go for the ‘perfect run’.

After the successful completion of each mission, you’re shown a summary of how you performed and these stats, for better or worse, are recorded and posted up for all to see.

IO Interactive have given each mission so many lesser challenges, besides pulling off the primary assassination, that you’ll find yourself replaying them all the time – in just the first contract proper, ‘The King of Chinatown’, we only completed 19 of 36 possible secondary achievements, prompting several restarts to see if we could improve on our performance.

Visually, Hitman Absolution is stunning. Every environment displays a great attention to detail, whether it’s rubbish littering an alleyway, heavy rain bouncing back up again off objects or the rich, the lively depiction of crowds, but most impressive of all is the superb use of textures. Rusted metal, the sheen of rain-drenched concrete, realistic-looking foliage, it’s all here and really helps with the sense of immersion.

Control is paramount in a stealth-oriented game and in Absolution they’re right on the money. Agent 47 has a proper ‘stealth’ button (yes, AC III, we’re looking at you!) so you explicitly know when you’re trying to play stealthily and a quick press of the B button (on the Xbox 360 version) puts you in ‘cover’ mode, allowing 47 to take refuge behind all sorts of conveniently-placed obstacles, as well as roll or leap between hiding places at the press of another button.

The game also makes it clear when you, or your weapons, are hidden, so there’s no confusion over what other characters in the world can or can’t see, although it is sometimes a little easy to be in cover, move a little and find that you’re no longer safe.

If you want to make life harder for yourself, whenever you play a regular mission or a contract, you can choose from five difficulty levels, from easy, to the hardcore ‘Purist’ level that dispenses with any kind of guidance or interface, leaving only a solitary crosshair onscreen.

Hitman Absolution is great fun to play and the only significant issue we have with it is that the AI awareness is dialed up so high that it’ll very often trigger even when you’re certain you can’t be seen.

The game’s understanding of what constitutes ‘in public view’, for instance, is pretty shaky; you can knock a character out while being surrounded on three sides by solid walls and no-one in sight, yet will still set off the alarm bells and cause panic. Mostly, it feels a little unfair.

There’s certainly a strong element of trial and error to the gameplay – unavoidable for a game of this type, which so many variables and player freedom – but that just makes you want to come back for more and, if the ‘Contracts’ element of the game is taken up enthusiastically enough by rest of the playing public, it could increase the longevity of Absolution tenfold. 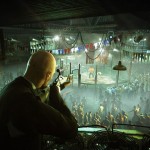 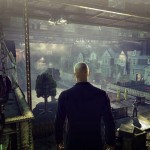 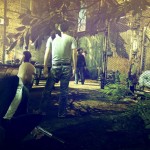 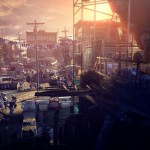 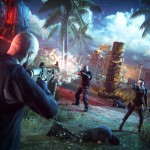 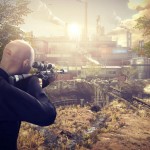 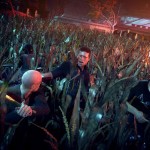 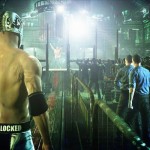 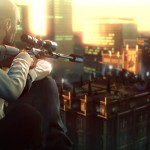