HP hasn’t exactly been the fastest to jump in the Ultrabook game, but here we are with the company’s first entrant, the all business Probook Folio 13.

Ultrabooks seem to be targeted at business customers first, and unsurprisingly, the first one out of HP is aimed squarely at these folk.

Announced last year, the Folio 13 isn’t the most impressive Ultrabook spec-wise to arrive on our desks, with most of the grunt switched out for a lower power processor.

While other versions of the Folio 13 exist, our review unit came equipped with a 1.4GHz Intel Core  i3 processor, one of the lowest range Intel processors released.

Outside of the chip, most of the specs are fairly standard for Ultrabooks, with 4GB RAM, 128GB solid-state storage, Intel HD graphics, WiFi 802.11 b/g/n, Bluetooth, and a bunch of ports, including USB 2.0, USB 3.0, HDMI, SD card slot, and a headphone/microphone combo headset port.

HP has seen fit to include a Gigabit LAN port too, offering speedy wired access in places that support those high speeds, like a business.

Like the other Ultrabooks we’ve seen thus far, there’s a 13.3 inch screen, this one with the same 1366×768 resolution that graces most laptops.

Microsoft’s Windows Home Premium 64-bit is the operating system of choice here too, so you know at least that the computer will take advantage of the full 4GB of memory that only a 64-bit operating system can.

The design of the Folio is all business, with a brushed aluminium lid encasing the screen and a soft almost rubbery plastic bottom that seems to have no problems picking up fingerprints. Aluminium also sits around the black island key keyboard with a long rectangular black plastic touchpad.

Dolby speakers sit at the screen hinge, with a webcam just above the screen.

At 1.49 kilograms, the Folio 13 isn’t the lightest Ultrabook around, but it actually manages to feel well weighted and excellent in the hands. The metal and plastic build lends itself to a real sense of quality that can be felt structurally.

It’s also not the thinnest laptop, but once again, the solid feel means that it’s not so light that it will fall out of your hands. Overall, we have to say that the Folio 13 feels excellent.

The 13.3 inch screen certainly isn’t the best we’ve seen on a laptop, as you will pretty much need to view it dead on for a good viewing angle. Looking at it from any other viewpoint yields slightly washed out colours.

Ports are reasonably plentiful on the laptop, but why HP decided to label the ports on the very bottom of the laptop is something we don’t understand. As it stands, working out which USB port is the USB 3.0 one means you have to pick the laptop up and look at it from below. (It’s the one on the left side, by the way.)

Also strange is that HP didn’t make the USB 3.0 port blue, although given the all-black bottom the Folio 13 has, we’re guessing this is a design issue.

Switching it on, the performance is a mixed bag. Despite the Ultrabook-standard speedy standby-start time of 1-3 seconds and from-off time of 23 seconds, we found sluggish performance during regular operations, such as browsing the web, moving files, and typing. The hiccups were quite noticeable, with the operating system pausing momentarily as everything struggled to catch up.

One thing that you will love is the battery, however. We managed almost seven hours of regular use, including web surfing, photo browsing, and long bouts of writing. While the operating performance could certainly have been better, the battery life on the Folio 13 made us supremely happy.

We were less impressed with the storage, though.

In some ways, it’s a little annoying knowing that HP has taken one fifth of your storage for use as the recovery drive. Rather than give you a reinstall disc via a USB key or SD card slot – because Ultrabooks lack optical drives – you’ll find that roughly 20GB of the available 128GB solid state drive has been devoted to a reinstall partition. We know what we would have preferred.

Also slightly annoying is the SD card slot, which isn’t a full slot with a couple of milimetres poking out from the side when a card is in. While not perfect, this is a lot better than the half-height card slots being used by some of the Ultrabooks we’re seeing.

Meanwhile, the keyboard and mouse feel excellent. The island keys – also called a “chiclet keyboard” – are very comfortable and provide a firm press, making this a very easy keyboard to use. Backlit keys are also present, although there is only one level of backlighting: on or off.

The touchpad mouse is very smooth to use, and we even found a few gestures to work easily, including scrolling and the pinch-to-zoom gesture that we’ve all become accustomed to using.

You will have to stick to the top two-thirds of the trackpad, but at least HP has left lines on the touchpad indicating what is the main section and what is the left and right click buttons.

While the usability and battery life are reasonably strong reasons to grab this machine, we certainly wish performance didn’t struggle. If long life and quality build is what you’re after in a laptop though, the HP Folio 13 is a solid choice. 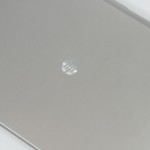 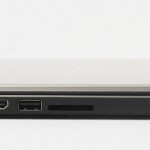 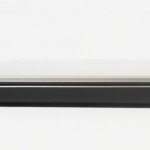 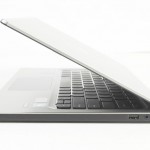 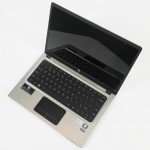 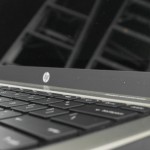 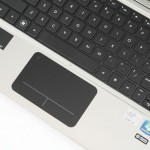 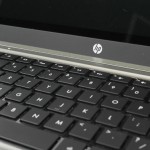 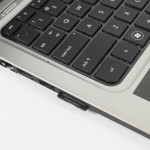