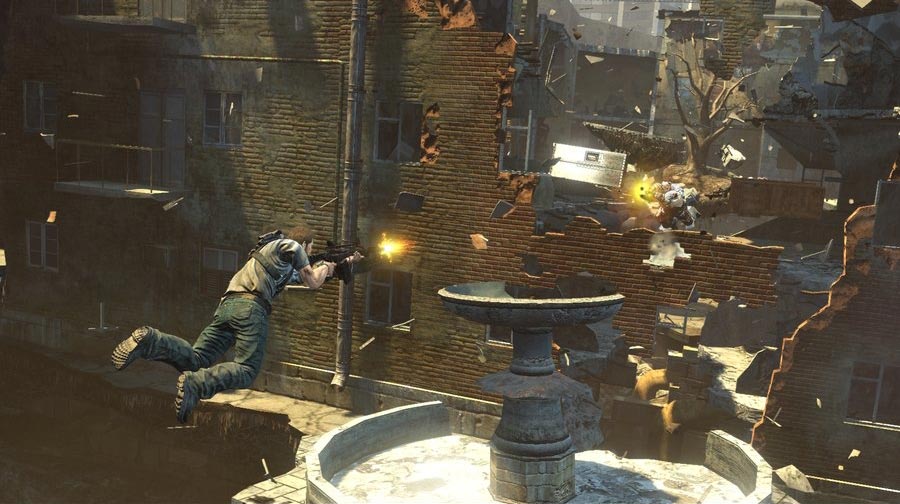 The third-person shooter genre is a crowded one and to make an impression at all, you have to do one of several things tolerably well.

You could make a superbly balanced, playable, well-crafted and accessible game; you could copy a market leading game in the genre; or even concoct a gimmick that at least gives the marketing fellas some practice at spinning up a convincing spiel.

With ‘Inversion’, Saber Games has handed publisher Namco Bandai the third option with a healthy dose of the second and a reasonable stab at the first.

The gimmick is the ability to manipulate gravity, albeit at a time and place that Saber dictates, making objects and sections of the environment shimmer and break free of their terrestrial bonds, or do the reverse and push things down under the oppressive weight of extra gravitational force.  The conceit is interesting and, at least at first, entertaining, making you extra vigilant as you trek through the levels, looking out for ways you can use this to your advantage.

Just looking at those levels, there’s an obvious disparity between the quality of the modeling of the characters and the environment; the latter appears to be considerably more basic and in want of attention to make it competitive on a visual level.

And speaking of modeling, the principal characters in Inversion exhibit the usual ‘MICS’, or ‘male inadequacy compensation syndrome’ symptoms imbued by the dev team’s artists, creating soldiers reminiscent of the ludicrous character models in Gears of War who are always enormous, gruff, taciturn and pathetically macho.

Davis and Leo from Inversion aren’t quite as preposterous and the macho nonsense is mitigated to a degree by the fact that you, as Davis, are on a quest to find your daughter, but score zero for originality on the character design front.

In an attempt to deliver a tight and compelling narrative for the player, the creative minds behind Inversion have decided to intersperse in-game video segments between the ‘action’. This is no different from games such as Gears of War, from which Inversion takes considerable license, in concept, and serves to push the storyline along, but in execution it is significantly more intrusive.

We haven’t played a game that loads, saves and cuts to a video segment quite so often in a very long while. At times, it feels more like watching a slightly interactive movie than playing a videogame, as you play for 20 seconds, watch a cut scene, play for another minute or so while you cross a room, then sit back as yet another scene plays out, and so on. There is a heap of loading and saving in this game and your patience will be tested.

Employing a cover system just like, well, yes, just like Gears of War, Davis has an unfortunate tendency to stand up from cover and present an easy target for the enemy, who also appear to have supernatural skill with grenades, throwing them from behind cover over huge distances with uncanny accuracy.

This apart, the combat is generic but entertaining, particularly in ‘boss’ sections, or when you use the gravity guns to remove enemies’ cover and then blast them as they float in mid-air. Gratifyingly, their new zero gravity situation doesn’t render the bad guys helpless, so you need to keep your wits about you and pick them off as they’re flying around. You can manipulate the environment in other, more conventional ways too, such as knocking out supporting struts to bring buildings down on enemies, or shooting the (yes, explosive!) barrels to destroy cover and structures.

Saber Interactive has missed a real opportunity with Inversion, though, in not supplying the option to play in local co-op multiplayer. The regular online multiplayer modes are tired and derivative, and the helpless feeling engendered in single player when you’re levitated by an enemy’s use of a gravity gun is made maddeningly frustrating in multiplayer.

But the inversion mechanic that gives the game its name is more successful and, if enough players get online, this could prove to be the game’s saving grace.

Overall, Inversion is an interesting proposition and presents a competent and briefly entertaining shooter for fans of the genre. It doesn’t win any points for originality – not even the manipulation of gravity is unique in gaming – but the upside-down, heavy-light gimmicky thingy is fun for a while. 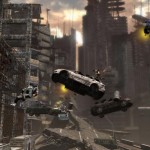 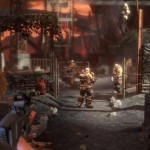 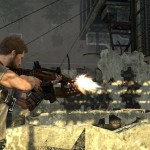 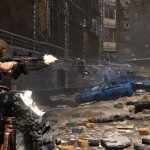 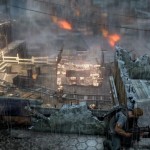 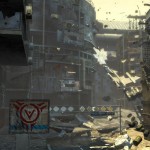 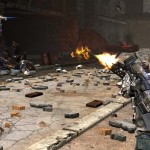 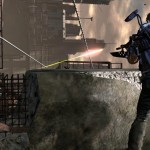 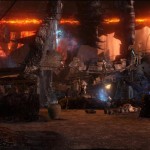 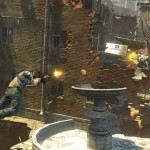