The sequel to the outstanding Mass Effect 2, the third game and final instalment from BioWare is as impressive an achievement as the previous games, but for different reasons.

Allowing the player to choose his own style of play is novel, possibly unique, in the gaming world and the way that the game references your actions from previous games – if you played, and saved them – is extremely gratifying.

With its sci-fi premise, complex dialgoue and narrative and robust combat model, Mass Effect 3 is an enormous undertaking, with a huge number of things to do quite apart from executing the principal missions that progress the storyline. One consequence of the sheer volume of stuff is that it’s difficult to remember what you’re supposed to be doing at any given time, and the unappealing menu interfaces do nothing to clarify your sense of purpose.

There are some freaky monsters out to kill you in Mass Effect 3. Luckily, you have guns. Lots of guns.

Another is that you can easily boot up the game, wander around the spaceship you command – the Normandy II – having a few chats with crew members and passengers, check the galaxy map and your emails and so forth and find that an hour has gone by without you doing anything specifically mission-related at all! But that doesn’t matter, because it’s so much fun to do.

While the main, linear narrative can be tackled and completed within a couple of days’ concerted play, it’s a much larger undertaking to fully complete the game and, like many games of this type, you’re doing yourself a disservice by charging through it all and missing out on all the peripheral activities.

On the flip side, a distinct and unwelcome familiarity surfaces pretty early on in the game when you start to undertake missions, as the ‘go there, kill the bad guys, get out’ formula settles in. This is understandable to a degree, given the strong focus on rallying troops of various ilks to your side for the last great push against the pivotal bad-guy ‘Reaper’ threat, and the subsequent necessity of doing chores for each and every faction.

However, despite the robust modelling, the combat soon becomes repetitive and routine, and frustration can build up, compounded by the game’s tendency to increase difficulty in firefights simply by chucking numbers at your characters, rather than developing more sophisticated responses and putting up a more challenging resistance.

Mass Effect 2, with its involving characterisation, compelling storytelling, ambitious, almost epic scale and balance between exploration, narrative and combat was, for us, very nearly the perfect game. Its successor continues the tradition but doesn’t advance critical elements, most notably the mission design, sufficiently to best the second game in the series.

Much has been made of the ‘allegedly’ anti-climactic endings and that’s not a debate that we feel is worth joining, but there is a nagging sense of incompleteness with Mass Effect 3. Being forced to play the game in multiplayer is the final annoyance, otherwise you simply can’t amass sufficient ‘Effective Military Strength’ or EMS points to be rewarded with the ‘optimal’ ending, unless you play the iPhone or iPad apps every day, and that’s hardly fair to gamers on different platforms.

So if you’re not a multiplayer kind of guy, your enjoyment of the game is potentially and immediately compromised. That’s not a great design decision, in our book, because despite all of the hyperbole to the contrary, the vast majority of Xbox gamers play offline, in single player, most of the time.

Still, it’s difficult to deny the enormous undertaking that the Mass Effect series has presented and the peerless capabilities of the BioWare development team.

Mass Effect 3 is a superb finale in the trilogy and, we believe, an essential purchase if you want to see the best that videogaming has to offer. 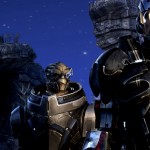 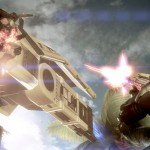 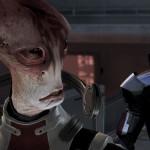 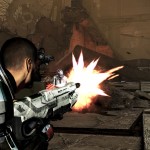 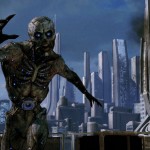 There are some freaky monsters out to kill you in Mass Effect 3. Luckily, you have guns. Lots of guns. 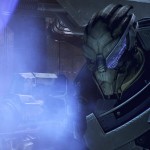 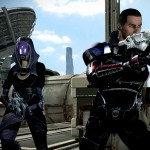 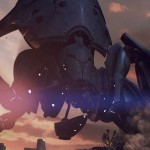 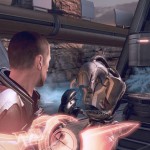 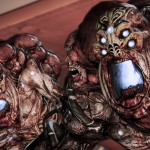 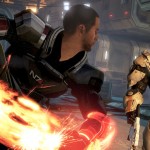 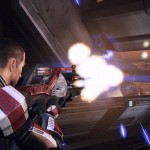 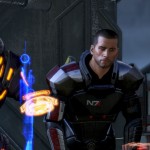