Review:
Snow, speed, and tricks: our review of the all-new SSX

Snow, speed, and tricks: our review of the all-new SSX
4.2Overall Score

A breathtaking fall down a mountain on a tea tray, SSX has eschewed most of its racing tradition in favour of tricks. That’s not surprising – ‘SSX’ itself stands for ‘Surfing, Snowboarding and Motocross’ – but, for those players who fondly remember SSX most for its thrilling sensation of racing mixed with the gleeful discovery of shortcuts (actual shortcuts, not just ‘alternative routes’) and the occasional death-defying trick, it’s disappointing.

But that may be just me.

This time around, SSX is basically all death-defying tricks. The way that the game is structured – with enormous, and enormously wide, tracks down the mountains – racing takes a back seat to pulling off tricks. Way, way back.

Encouraging players to accumulate gigantic scores, often simply to stay in the running and unlock new tracks, the entire focus of SSX now is to hurtle down the mountain with almost no regard to the other competitors, but concentrating solely on executing as many stunts as possible before you reach the bottom.

Runs are admittedly split into ones awarding the win to the player with the highest point tally and races, where first across the line gets the win. But even in these latter events, you can only gain boost by doing tricks, so you still have to focus on executing these successfully, and relentlessly, in order to build up the speed necessary to be a contender in the races.

SSX mixes up the play style, giving you ‘reverse camera’ segments where you escape from an avalanche, or taking you out for a run in the pitch dark. But generally speaking, the game is based around pulling outrageous, excessively ludicrous tricks that will win the day.

Everything happens so fast, that your greatest challenge is to keep the clever stuff going while you’re channeled down to the finish line, chaining moves together to keep the score multipliers going and amassing as high a score as possible. This means that there’s no time for sightseeing, which is a shame: the vistas may be superbly constructed by the developers, but you really don’t have time to look.

In fact, it’s arguably a lot more fun to be a spectator to SSX than to be actually playing it yourself. That way you have time to marvel at the amazing graphics, wonder at the exaggerated tricks and appreciate all the wondrous, subtle touches, such as the music fading in and out, disappearing at the peak of an extraordinary jump and crashing back in as you fall to earth.

The wingsuit is an SSX highlight.

Watching rather than playing, you’ll also notice how the non-player characters appear to accumulate points at an accelerated, and seemingly impossible, pace (again, forcing the player to trick endlessly to remain competitive), which seems frustratingly unfair.  But then you’ll be begging to get the controller back yourself to have fun with some of SSX’s new equipment, such as the wingsuit; a real highlight of this game.

So SSX has stacked all the chips on the roulette wheel red of tricking rather than the black of racing, and in so doing, may alienate racing fans. But the game is undeniably fun, as flawlessly polished as you’d expect from an EA game and, as result of the trick-happy game design, the perfect pick-up-and-play five-minute blast that casual gamers often seek. 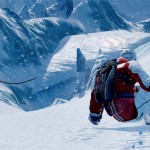 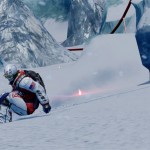 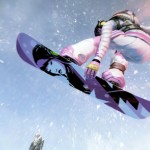 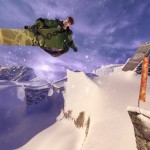 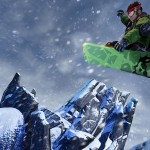 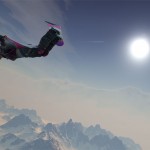 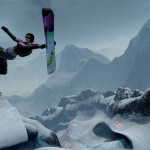 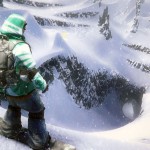 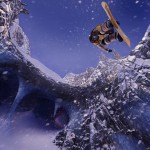 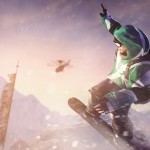