Review: Fingbox – Don’t do a fing online without it 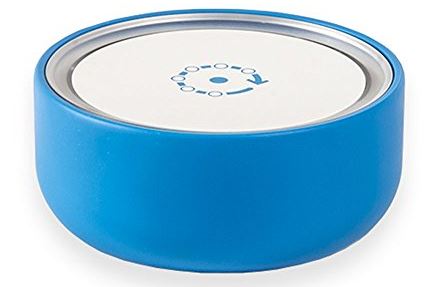 Fing’s new Fingbox may be the answer to protecting your home Wi-Fi network and smart home. It detects intruders, blocks unwanted or malicious devices, and analyses the quality of it’s wired, Wi-Fi, and Internet connection.

I first discovered Fing as a free Android app on Google Play (it also works with iOS and as a web URL) when I needed a LAN scanner to see what my router connected to. It detected all my devices and the fact that someone was persistently trying to illegally access the router – probably a web bot looking for vulnerabilities.

Fingbox monitors an unlimited number of devices on your home Wi-Fi network to help keep the bad guys out. It is router agnostic – all you need is a spare Ethernet router port to plug it in.

Think of Fingbox as a hardware extension of the Fing app

It communicates with the Android or iOS app and sends email alerts when something strange occurs.

It allows, or blocks devices – it is not a hardware firewall that does packet scanning that many routers do anyway.

You tell it to block unknown devices so make sure you use recognisable system names like FredHPx360 instead of system allocated names like desktop-0134598. You can also rename devices at the Fingbox level – great for generic IoT devices.

It scans devices, open ports, and even nearby wi-fi enabled devices that are not connected to the network and ensures these are approved before allowing access – talk about identifying intruder alerts.

The port scan allows you to close unsecured ports via the router user interface. But wait there is more.

I found the network hog feature useful as it gave an analysis of who is using what bandwidth.

The pretty little Fingbox is a small white, circular device with a removable cyan (blue) outer cup/sheath that I suspect few will use.

You also get an ethernet cable and micro-USB cable and power supply. There is a full-sized USB-A port too for future expansion.

It runs Linux Ubuntu Core on an ARMv7 processor with 1GB RAM and is easily updated by a small <3MB file.

A good example of updating was the recent KRACK Wi-Fi attack. Fingbox already has a WIDS (Wireless Intrusion Detection System) to detect “Evil Twin” and “Rogue” attacks on your Access Points, so it was able to detect KRACK attacks and similar MITM attacks and warn users.

Who will buy Fingbox?

This is a new product recently crowd-funded via Indiegogo campaign where it received US$1,656,278 – 1744% over target – and started shipping on 30 August.

But it has a long pedigree – Fing was founded in January 2009, and the app has become standard fare for home network security and management. Development on Fingbox started in May 2016. Over 20,000 early adopters have proven its capabilities.

Anyone with a home network should have one, but I suspect that it appeals most to those with an interest in security and the ability to use that to tighten up the network.

It is cheap enough for what it does especially as there are no on-going costs.

For Joe Average, it makes securing your home network very easy – plug in and keep the bad guys out of your network. All you need to initially approve/block the devices on your network. After that Fing will alert you to unauthorised intrusions. Plus, it can speed up the network and monitor NBN performance.

For the techy types, it adds a level of control that you need.

And if you do holiday rentals of your home, you can secure your network while it is rented and then remotely block the users once finished.

Fingbox gives you a high level of information about your network as well as make it easy for you to troubleshoot slowdowns, connectivity problems and other network-related troubles. It also helps protect yours from outside attacks – all for a relatively affordable price.

Fing is available online for A$169 plus freight. There are no ongoing subscription costs.

Check out our article on ‘Fingbox reveals the declining state of the internet’ here. ISPs hate Fingbox!

Overall
Features
Value for money
Performance
Ease of Use
Design
Reader Rating0 Votes
Plug and play, Router agnostic, Allows for feature upgrades, Detects anything on the home network
• None really except those with a knowledge of IP networks will benefit most
4.2