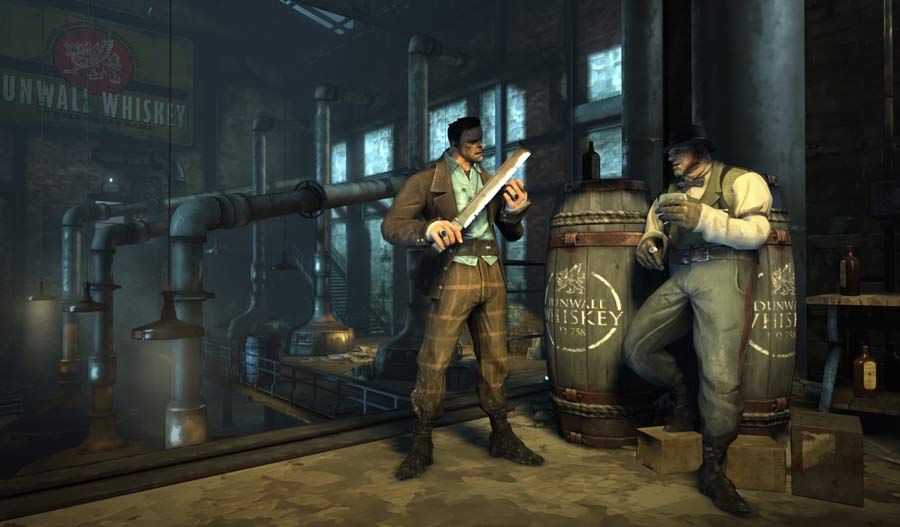 An incredibly good game like Dishonored doesn’t come along too often and, like one other of the games in this short review roundup, is an essential purchase for gamers who like to use brains as well as brawn when they play.

Affording players the freedom to choose how to approach their kills, Dishonored is reminscent of the briliant ‘Thief’ games released by Eidos years ago and allows players to pick their own route through missions, decide which weapons to deploy and even how to respond if they’re caught in the act.

While not a long game and let down only by inconsistent stealth mechanics and an AI discovery system that occasionally feels arbitrary, Dishonored is beautifully crafted with an umistakeably strong identity.

Developer Arkane Studios has produced a memorable action adventure title that looks magnificent, delights those who use initiatve and like to experiment and will sit fondly in their memories long after the game itself is over.