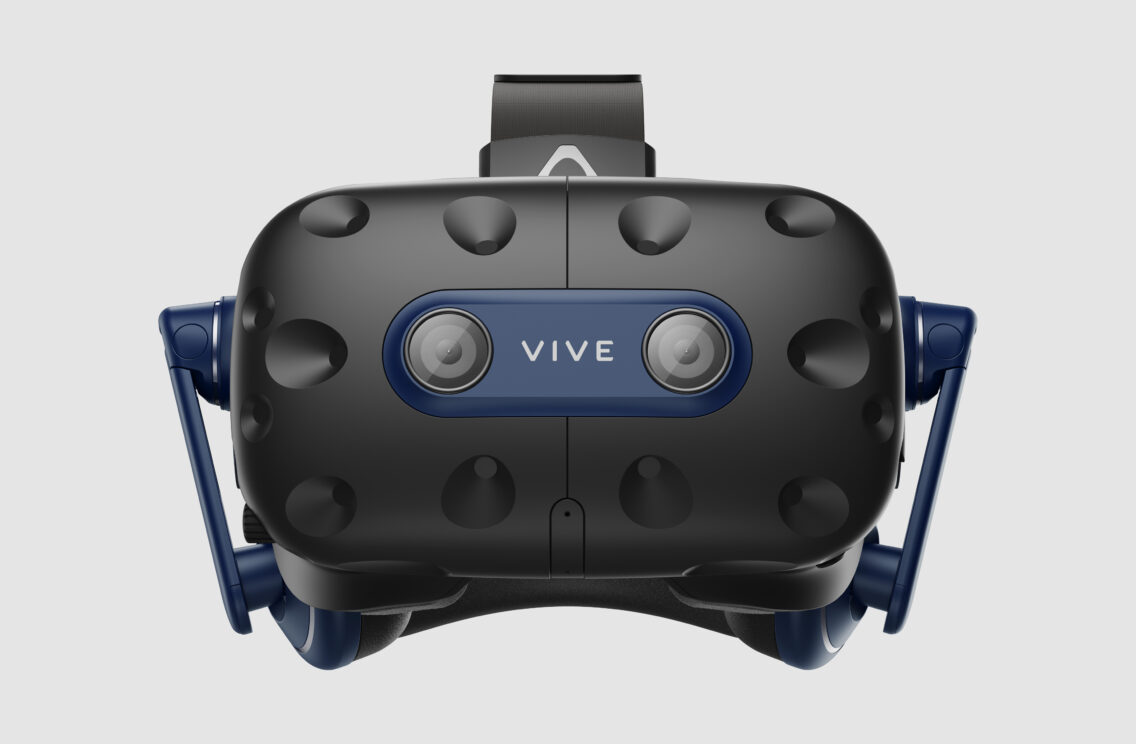 HTC’s original Vive headset was a groundbreaking product that helped shape virtual reality as we know it today. But a lot has changed in five years. Facebook, now known as Meta, is dominating the VR market with the budget friendly Quest 2. This offers an engaging library of VR content, all without the need for wires or a PC.

Coupled with its ability to serve double duty as a PC VR headset over a wire or wirelessly, Quest 2 has quickly become a popular option for PC VR users too. It accounts for more than 46 percent of the Steam VR user base.

HTC’s latest stab at the PC VR market, the Vive Pro 2, has upped the stakes bringing some best in class displays and powerful built-in audio. But it also comes with some outdated controllers and an eye-watering price tag that should give even the most ardent VR fans some pause.

Other than a new black and purple colour scheme, the Vive Pro 2 is identical in appearance to the HTC Vive Pro, which isn’t a bad thing given how comfortable the original was. The head harness features a wide velcro strap on the top as well as a heavy padded back with a dial for tightening. The three point harness system balances the weight of the headset perfectly, making it comfortable to wear for long play sessions, while also being quick to get in and out of.

The pair of on-ear headphones sound good but aren’t as detailed or loud as the near-field speakers found on HP Reverb G2 or the Valve Index.

Setup can be a bit messy but that shouldn’t come as a surprise to PC VR diehards. It requires the installation of two SteamVR base stations that need to be mounted near ceiling height in opposite corners of the room as well as the running of USB and DisplayPort cables to a separate breakout box. Each of the base stations and the breakout box requires AC power as well.

In return for the inconvenient setup process, you get the best possible tracking. This means that no matter where your head or the controllers move to within the playspace the tracking will remain precise and accurate.

The Vive Pro 2 is also fully compatible with all SteamVR and Vive accessories such as the Wireless Adapter Pack that lets you use the headset with a wireless connection to your PC instead of a physical cable, and the Facial Tracker that reads facial expressions.

Unfortunately, the full kit of the Vive Pro 2 includes the very same wand controllers that came with the original HTC Vive in 2016. They’re not nearly as ergonomic as the Oculus Touch controllers and feel archaic to use especially after experiencing the sublime Valve Index controllers bundled with the Index headset.

Since the Vive Pro 2 uses SteamVR base stations, you could always swap them out for the Index controllers, which Valve sells separately but that’s another $500 cost on top of an already expensive headset.

The biggest drawcard of the Vive Pro 2 is the 5K resolution display, which works out to be 2,488 x 2,488 pixels to each eye, with a field of view of 120 degrees and a refresh rate up to 120Hz. On paper, it’s the sharpest and widest display to grace a consumer VR headset to date but in practice there are a few notable caveats.

Firstly, the advertised 120 degree field of view is horizontal only. It comes at the cost of the vertical field of view, which is noticeably narrower than most of its rivals. I also found I couldn’t get my eyes close enough to the lens using the built-in distance adjustment to benefit from the wider field of view.

The other issue is that the display has a noticeably smaller sweet spot than the competition. As such, the edge clarity isn’t great and the whole screen will get blurry if the headset moves even the slightest during gameplay.

Also, don’t be fooled by HTC’s minimum PC requirements – a low end GPU like an RTX 2060 simply isn’t going to cut it. To get the most out of the Vive Pro 2, you’ll need to make sure you have a seriously powerful PC.

My desktop rig packs an RTX 3080 GPU and an AMD Ryzen 5900x CPU, and even with those high end components, I was struggling to run AAA VR games like Half Life Alyx and Star Wars Squadrons at the Vive Pro’s maximum resolution and refresh rate. Unless you own an absurdly powerful PC or plan to stick with less graphically demanding titles, you’d be better off with a less demanding VR headset.

These issues aside, games like Half Life Alyx look fantastic with the higher resolution revealing a level of fine detail in environments and character models that I couldn’t see previously. Even games that you’ve played for hundreds of hours will look new and fresh, with added detail not previously noticeable.

The HTC Vive Pro 2 comes in two packages – a headset-only offer and a full kit bundle that adds two base stations and a pair of outdated Vive wand controllers. The basic option costs $1,299 while the full kit costs a whopping $2,198.  The Vive Pro 2 does at least support the older versions of the base stations so if you’re coming across from another Steam VR headset such as the original HTC Vive, then you can just buy the headset and save some money.

The Vive Pro 2’s closest competitor is the Valve Index which comes in at $1,899 for the full kit and includes the far superior Index controllers or $999 for the headset alone. However, availability of the Valve Index is severely limited, particularly in Australia where the sole retailer, EB Games, has paused sales since September of last year.

The HP Reverb G2, which was developed in partnership with Valve, is a $999 headset that offers almost the same clarity as the HTC Vive Pro 2 and also sports the same off-ear headphones as the Valve Index. However, the tracking performance of the included controllers pales in comparison and they can’t be switched out for SteamVR based controllers, making it tough to recommend.

If you’re coming from an older PC VR headset such as the original HTC Vive, then the $1,299 cost for upgrading the headset alone would be a worthwhile investment.

Similarly, for budding VR enthusiasts who have the funds and a very powerful rig, my recommendation would be to buy the headset-only model and use the money you saved to buy the Valve Index controllers and base stations separately. The pairing of the highest visual fidelity headset with the best VR controllers would give the best possible consumer VR experience.

However, for the rest of us who don’t have a substantial amount of money to invest in a VR setup, the HTC Vive Pro 2 is simply a bridge too far.