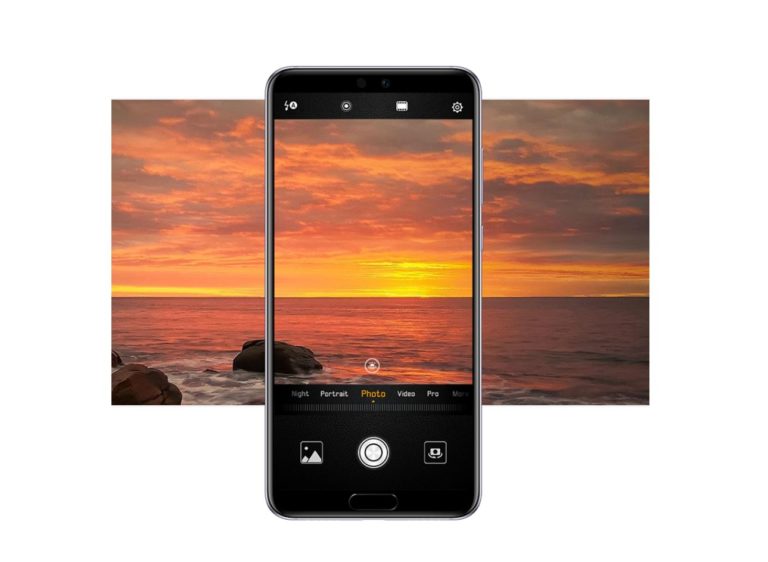 The Huawei P20 Pro arguably has the best smartphone camera on the planet right now. The question is how good is it as a smartphone? Holistically?

We start (and end) reviews very much in a positive frame of mind. Our goal is to identify the P20 Pro differences and innovations that make it special. That is the glass-half-full attitude of GadgetGuy.

Just how much difference is there between say, the Samsung Galaxy S9+, HTC U12 Pro, Google Pixel 2 XL, Sony XZ2, LG V30+ ThinQ (or V7), or for that matter OPPO’s edgy Find X? I am not leaving Apple iPhone 8/X out – it is just that we need to compare Androids with Androids.

Spoiler alert. Yes, it has the best camera to date (with some minor caveats). But as a flagship smartphone other options can do a little more. It comes down to your needs. We can say the Huawei P20 Pro will not disappoint. Read on.

The CLT-L09 is the ‘global’ dual sim version of the P20 Pro line-up. It has certification to operate on Telstra, Optus and Vodafone Australian networks. Industry gossip is that the cost of certification to meet all three carrier’s requirements is well north of $250,000 per model.

None of the carriers sells it showing just how full the flagship space is. In fact, Telcos are drastically reducing the number of brands/models to essentially the top two (Samsung and Apple) and perhaps one or two lower/mid-market brands.

That creates distribution dilemmas for most smartphone makers.

The dilemma is that the only safe place to buy Huawei is an official retailer – either online at Huawei, or in a retail store at JB Hi-Fi and Harvey Norman.

Pretty well everywhere else is selling a grey market, parallel import of an overseas model. There are many variants

Also, Huawei must provide over 70 regional firmware that are independent of the variants/sub-models of the P20 Pro. Australia has C706 firmware. Source: xda-developers.

The main differences with overseas models are fewer LTE bands (and that mainly affects Telstra coverage), dual or single sim, 64/128/256GB and CDMA.

Why am I making such a fuss? Because parallel imports don’t have Huawei Australian warranty (meaning you deal with the company you bought it from), and often only work adequately on the Optus network. I hope you get the message.

The first impression is an 18:9 ‘glass slab’ with a very Samsung’esque’ Galaxy S7 front fingerprint reader.

The review unit is coloured Twilight. Its purplish hue changes colours as you move it. Very stylish and the fashion conscious should love it. Interestingly Samsung tells me its Lilac Purple S9+ outsells all other colours.

Again, The specifications are up front as these are what makes it a flagship class smartphone.

No, it is not QHD, 4K. Many manufacturers regret going QHD because of the huge battery drain. These usually default to 1080 or 720 to save battery anyway.

Screen brightness is good at 412/582 nits (standard/auto). A GS9+ is 376/631. As is usual for AMOLED (the screen may be from Samsung anyway) blacks were perfect, and contrast is infinite.

It is a good screen with colour modes including default, warm, cold and normal or vivid. In normal mode, colours were as accurate as I have seen. But most prefer oversaturation – select vivid for punchy colours.

The phone test was just over a week. In the first two days, we took hundreds of photos, videos and GPS etc. In other words, every power sucking thing on. It gave a very respectable 36 hours before needing a charge.

SuperCharge is proprietary to Huawei. From 0-100% in 90 minutes is impressive. More impressive is half-full at 30 minutes.

Supercharge uses 22W charging. It will charge from a standard 5V/2A charger (10A) in about 4 hours.

When will phone makers realise that if you use two different speakers – the front-firing earpiece and the down-firing second that it can’t be true stereo or Hi-Res?

Sound quality is average with a mid-sound signature for clearer voice. There is noticeable total harmonic distortion at full volume.

There is little channel separation – the dual speakers are really about volume. Huawei also has Dolby Atmos support. The speakers can’t reproduce that (You need Atmos content to test this) but  an expertan headset may.

Ringer volume is 90dB (amazing for hearing impaired) with music/movies/hands-free speakerphone at 70dB (not bad).

Signal output via the USB-C to 3.5mm converter is lower. As is Bluetooth output to a pair of Sony WH-1000XM2 Hi-Res audio ANC Bluetooth headphones.

What is this Hi-Res HWA audio?

Frequency response fell off the cliff at around 10kHz. Music quality is passive rather than crisp and vibrant. I suspect Huawei’s Hi-Res Wireless Audio is still a little proprietary and needs headphones and devices that support it.

A little digging and we found that some devices made by the following support HWA. Sennheiser’ s offering is the Momentum series ranging in price from $299.95 to $699.95.

Huawei has an ARM foundry. This allows it to devise chips for its purposes free from any constraints that Qualcomm may have.

The Kirin also throttles performance as it gets hot in 4K video recording and video playback.

Bottom line – it’s powerful enough but no match for the Qualcomm 835 and current flagship 845. Does that matter? Not really.

Camera. Ménage à trois – three can be more fun if you know what you are doing

Let me give you the good and the not so good up front.

Good. If you master the professional settings, it deserves the moniker of the best smartphone camera so far. In some areas, it is well ahead.

Not so good. In full AI Master auto Joe and Jane Average will find the Samsung GS9+, Google Pixel 2 XL, Sony XZ2 and HTC U12 are slightly better.

Why? Colours and exposures are to a large part AI driven. It decides what it thinks they should be. For example, during overcast outdoor shots, AI made the sky bluer. As a result, greens were brown. However, credit where its due – the AI software will only get better. More on that later!

Huawei is happy that it scored 114 for still shots and 98 for video in the DxOMark tests. I read the test results thoroughly and can see where it is coming from.

The 40MP (at 4:3) image after post-processing is then 10MP, 3648x 2736, 4:3. It selects the best pixels and combines them into one shot. Or more simply it captures four times as much information as it needs. It does not have OIS – it relies on AI AIS and post-processing to remove shake.

Or it will shoot in 7MP in 16:9. Huawei is not lying about 40MP, but it is a little cheeky not admitting the photo will finally be 10MP. GSMArena has an article on it here.

The 8MP telephoto allows for bokeh (out of focus backgrounds) and 3X optical zoom. It does have OIS – necessary for a good shake free zoom.

Sorry I dont do selfies. But they were excellent. AI-driven 3D facial modelling technology follows the contours of your features, adjusting for the most flattering selfies. 3D Portrait Lighting (not flash) also offers a host of studio-quality lighting effects to turn quick selfies into portraits. But you need to know its limitations – a 24MP, fixed focus lens. Autofocus would have been far more useful.

All video was good and sound was well synced.

Huawei’s AI controls are part of its Auto Mode. The camera analyses what you point it at to see if recognises a known object. It then adjusts settings to get a better photo.

For example, if you point at an object with sky overhead, it will recognise the sky and adjust the colour temperature to amp it up. This will either be exactly what you want. Or it will have so much blue in it that it looks unnatural. I found the latter.

In other cases, it works brilliantly. It recognises dogs, cats, food, plants, and many other items. It may take its time to switch – time you might not have.

Night mode is a HDR multiple image exposure mode. You can use Night Mode during the day for a HDR shot as well.

To Huawei’s credit, this is all about software, and it is addressing this via regular updates. One day AI will be as good as PRO mode – but not for a while.

Smartphones are about memories – the best camera is the one in your pocket.

P20 Pro is not another point and shoot camera. It is more like a photographer’s tool. It gives the best result when you play around with settings. Be willing to go through the learning curve of using various camera modes.

While the P20 Pro camera can outperform its rivals in still photography the question is by how much? In my opinion, the GS9+, Pixel 2, HTC U12 Pro and Sony XZ2 are all damned good cameras.

The answer is it is just a smidgen ahead. And not consistently especially on A1 Master mode.

Having just done a review of the Huawei Nova 2i let me tell you there is a lot of improvement over Android 7.0 and EMUI 5.1. Its functionally similar but EMUI now seems a lot more logical.

Why EMUI? In China not all of Google’s services are available. Huawei has had to invest a lot into EMUI to allow residents to avoid Google entirely. We don’t have that issue here.

So, it has a complete set of productivity apps and more. Android 8.1 is beneath and not as hidden as it has been. XDA-developers love rooting Huawei handsets and running pure Android.

All is not as you expect and there is a learning curve. Android security updates will always be a couple of months old. There is no promise, but I expect Huawei is big enough to update this to Android 9 soon after it comes out.

It supports App twins (multiple logins to the same app) and has a large theme store.

EMUI has a lot of extra value via maintenance and management apps.

Bottom line – it is not pure Android but its inching ever so slowly closer.

See what is under the hod here.

Scores four out of ten for repairability! Not bad.

I am going to use the term computational photography. The Huawei P20 Pro achieves a lot not so much because of the three lenses but because it has put so much into the AI. These are AI tricks that other bands can and will emulate.

But let’s come back to the holistic smartphone experience. Here the Samsung GS9/+, Google Pixel 2 XL, Sony XZ2, LG V7, ThinQ and others slightly outclass it.

Why? A main reason is ‘street cred’. If you are going to spend $1K or more then you will buy what has the most of that!

Give Huawei a year or so more to spruce up its EMUI and invest more in the brand desirability then it will be a strong contender.

Having said that I was most taken by its fabulous Mate 9 a couple of years back – yes, I would buy Huawei.

Overall
Features
Value for money
Performance
Ease of Use
Design
Reader Rating0 Votes
Arguably the best smartphone camera on the planet right now
You need to learn how to harness that awesome camera
4.1