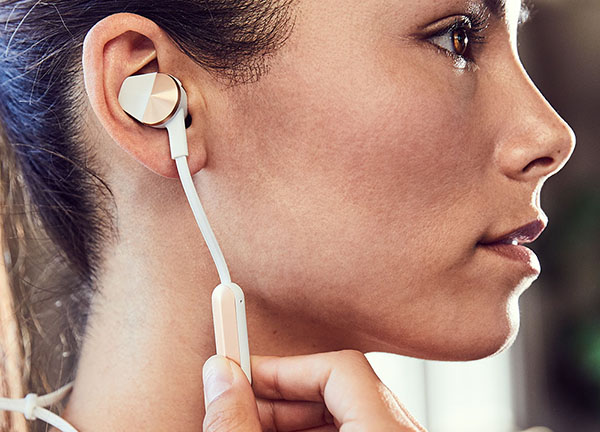 Fitbit is known for exercise trackers, for smart scales, for smartwatches. But Bluetooth earphones? They are a very different thing. Let’s spend some time with the Fitbit Flyer earphones.

The Fitbit Flyer earphones are more or less conventional in design. Around 500mm of cable connects the two buds. The left and right buds are clearly marked. Near the right one is a pod carrying the Micro-B USB charging port under a little rubbery cover, along with three controls.

Those controls turn out to be easy to use by touch because the two volume buttons stand up, while the middle section is recessed. That middle button is for play/pause and call answering.

There’s another control. The power button is on the right earpiece itself. You use this for Bluetooth pairing as well. It’s a bit fiddly, but you don’t use it too often. 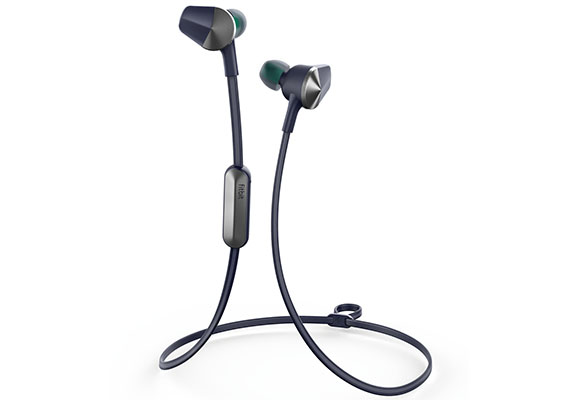 In addition to music listening, you can use the Fitbit Flyer earphones for hands-free calling. There are dual microphones to help suppress external noises.

The earphones use silicon tips, with three sizes included. They also use clip-on wings (two sizes) and fins (two sizes). So, you have four options for locking the buds more securely into your ears. The wings point upwards and use the whorls of your ears above the buds. The fins lock into the whorls behind them.

As is Fitbit’s practice, it does not give an IP rating for the Fitbit Flyer earphones. Instead, it describes the level of resistance thus: “Flyer is designed to be rain, sweat and splashproof. Some condensation will not damage the headphones, but avoid splashing large amounts of water on them. They should not be submerged.”

The earphones support the AAC codec in addition to the standard Bluetooth SBC stereo audio codec. That means that they ought to produce higher quality sound when used with iOS devices. The earphones use 8.6mm drivers. Fitbit doesn’t say much about them other than that they are “precision engineered for crisp audio, powerful bass and dynamic range”. 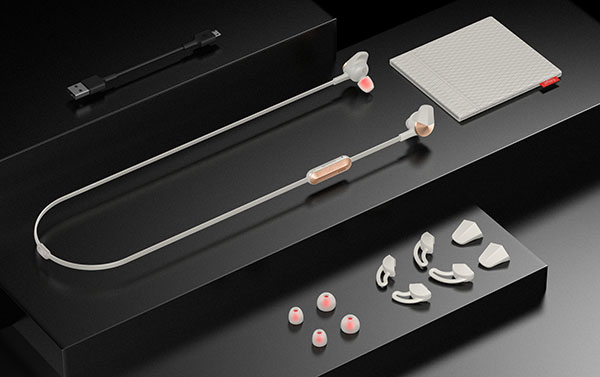 There’s talk on the Fitbit website of the Fitbit Flyer automatically pairing with the Fitbit Ionic and Versa watches. As I wrote in my review of the Versa, I used it with a different set of earphones to check out its player capabilities. And I’d already paired the Fitbit Flyer earphones to my phone. All this seemed to have eliminated whatever may have been automatic about the process.

Not that it was at all hard to pair. The first time you switch them on, they’re in pairing mode. To pair with additional devices, you just switch them off, then switch them on again and hold the power button for a few seconds. Select them from the device’s Bluetooth menu, and it’s done.

These earphones talk to you in a crunchy female voice. It sounds as though they use a four-bit digital file. When you switch on, you’re likely to hear “full battery, connected to one device, full battery.” Or maybe “medium battery” rather than “full battery”. Hopefully not “low battery”, because then you won’t have long to go. 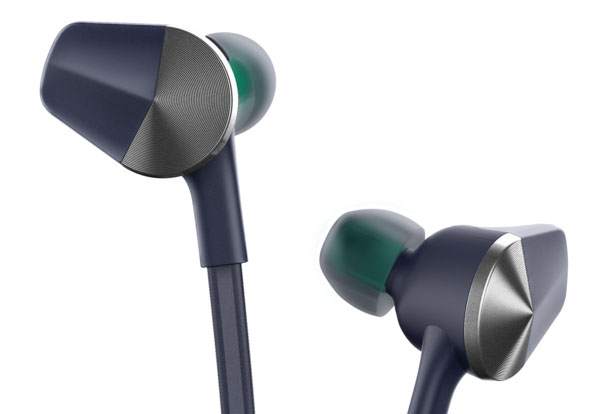 Fitbit rates the battery life at “up to six hours”. That seemed to accord with my experience. Don’t expect them to carry you all the way through an overseas flight. They take up to two hours to charge, but fifteen minutes can give them an hour of play time.

There’s a “Power Boost” function which Fitbit says you use to “amp up sound & enhance bass”. That it does, in particular boosting the bass. I don’t think the sound needed the boost, but it’s nice to have it available for those who like such things. It doesn’t overdo it, and even with the boost, the bass remains controlled and tight.

The standard playback mode fell right into my sweet spot for quality earbud sound. Which is to say, music played using the Fitbit Flyer earbuds sounded very much like music played using high-quality stereo loudspeakers. There wasn’t the sharply piercing high-frequency load with which so many earbuds are afflicted. Yes, the treble was there, with crisp and precise cymbals and excellent attack on transients. But it was balanced correctly with the rest of the sound.

So, listening to Blood, Sweat and Tears’ “I Love You More Than You’ll Ever Know”, the bluesy bass line was strong and extended. I like the version on the old, non-remastered Greatest Hits because it preserves the relatively naïve recording of the group’s 1968 debut. And that means a relatively uncompressed dynamic range and drums which punch out through the mix. All that was delivered faithfully by the Fitbit Flyer earphones, along with the full power of the brass as it’s unleashed within the song.

Moving up to a recording released this year, Dami Im’s I Hear a Song is mostly jazz and blues covers, but it’s recorded more like a pop album than a jazz one. Which means that it could easily sound harsh and thumping in the bass. But again, through these earphones the balance was excellent. The piano on “My Funny Valentine” rang beautifully, with a nicely rounded body. 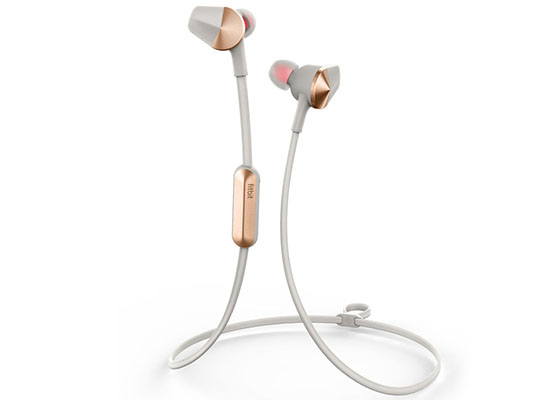 Eminem’s The Marshall Mather LP pushes the bass hard. The Fitbit Flyer earphones were up to the challenge, with the rhythm section powerful and extended. A string quintet? The violins were full and sweet, not harsh and steely.

The Fitbit Flyer earphones were excellent for podcasts. You don’t need piercing treble for a clear understanding of the spoken word. You just need properly balanced treble.

The earphones power off after about eight or nine minutes without a connection. When you switch them on again, the volume is always reset to a medium level. The Bluetooth connection was impressively secure and easily good for ten metres.

The Fitbit Flyer earphones do their most important function right. That is, they sound excellent. And they’re more than adequate in all other areas as well. I could well live with these as my main Bluetooth earbuds.

The Fitbit Flyer earphones are available at most Fitbit stockists, or directly from Fitbit here. There’s a 45-day money back guarantee.