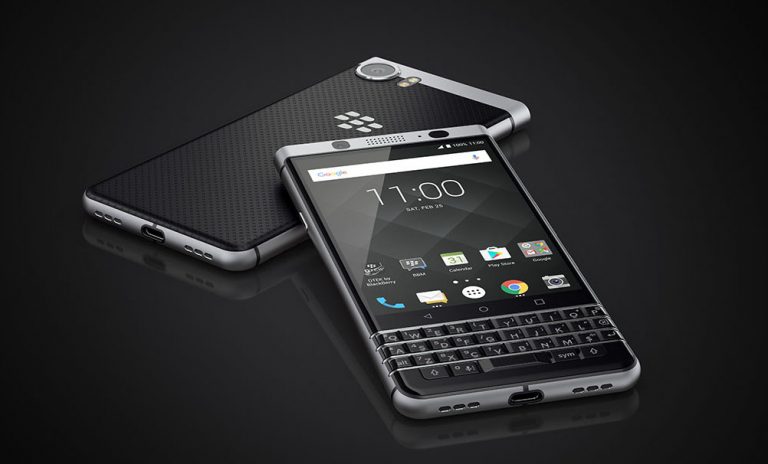 It’s hard when you’re dominant in a field, and someone else slides in, doing what you’re doing, but in a different way. A way, it turns out, that the market comes to prefer.

So it was with BlackBerry. Or, more precisely, Research in Motion, as the company that created the BlackBerry phone was originally called. It was way back in 1999 that the first BlackBerry appeared. But it wasn’t a phone. It was a pager, with a magical new feature: it handled email.

It had a monochrome screen (ugghh, the screens of those days!), but a nifty keyboard laid out in a semi-circle to encourage two-thumb typing. And, of course, it connected to the mobile network, so business types could handle email wherever they were.

BlackBerry came to dominate the field, soon adding phone functionality. Then along came those keyboard-less alternatives: first the iPhone and then a plethora of Android phones. In 2010 Apple iPhone sales overtook the BlackBerry on a durable basis, but still more than a third of American smart phone users were using a BlackBerry.

But by five years later, user share had dropped to one per cent. Last year the BlackBerry name was sold to Chinese giant TCL Communications. Which brings us the BlackBerry KEYone smart phone which brings back and updates the keyboard-equipped BlackBerry.

The BlackBerry KEYone combines a decent Android phone with a physical keyboard. For those who like thumb typing, this is just the thing.

I shall shortly return to that and several other business orientated features of this phone, but let’s first check out the Android and general smart phone side of things.

This is a handsome looking phone. The black textured back and largely aluminium edges, along with the black keyboard make it distinctive. You’re not going to mistake it for one of a dozen other phones. The screen size is reduced to make room for the keyboard, but it remains a reasonable 4.5 inches with 1080 by 1620 pixel resolution. It’s covered with Corning Gorilla Glass 4.

The phone runs a middling processor – the Qualcomm Snapdragon 625. While not the fastest processor on the Qualcomm shelf, it still packs Qualcomm’s Quick Charge 3.0. That lets the phone get up to half full in 36 minutes, which is a decent feat given that the battery is a fairly capacious 3500mAh.

The operational memory is 3GB while 32GB of storage is provided, along with a tray for microSD expansion of up to 2TB.

The phone supports 4G LTE, of course, along with dual band WiFi up to 802.11ac. It can act as a WiFi hot spot, it offers Bluetooth 4.2 and NFC and direct communications with the physical USB Type-C port via On-The-Go. There’s a headphone/microphone jack on the top. The microphones have active noise cancellation.

The front camera is an 8MP unit, fixed focus with up to 1080p video support. The rear camera is 12 megapixels and has a Sony IMX378 sensor. It has a maximum aperture of f2.0. Twin LEDs are provided for flash and High Dynamic Range shooting is available. Video up to UltraHD at 30fps can be shot.

The physical keyboard doesn’t eliminate the soft one, which can be brought up (and occasionally pops up, unwanted). Shift and Alt keys allow ready access to just about every character you’re likely to need, while a “sym” key brings up a soft keyboard with those characters you’ll almost never need.

You can create shortcuts so that if you press and hold a key, it will start something up for you.. The space bar has a fingerprint scanner built in for unlocking the phone.

Security has a been a big BlackBerry thing for many years. The phone includes BlackBerry’s DTEK software which adds a layer of protection to the normal security built the Android Nougat 7.1.1 which the phone runs. This runs security scans and gives you a quick security dial to show you how safe your phone is. Furthermore, when the phone starts up or you reboot it, you have to enter your PIN before it will let Android load.

Classic BlackBerry apps are included, including one for the BlackBerry Messaging service, and its take on notes, tasks, calendar and contacts.

In most ways, the BlackBerry KEYone operates as though it were a standard Android phone. Indeed, even though BlackBerry has piled in a bunch of features, including some user interface enhancements, the essential nature of Android Nougat remains unchanged.

Amongst the additions is a swipe-in-from-the-right to access things like mail and contacts from wherever you are. There are the previously mentioned classic BlackBerry apps, now working well in the Android environment. The only confusion in this melding was with me taking a little while to get used to having the Android “Home” button about three centimetres up from the bottom of the phone. I kept hitting the space bar instead, since that’s where the “Home” button would normally be. I have no doubt that I’d soon acclimatise were this to become my main phone.

There’s also an extra key beyond those normally on an Android phone. The power key is on the left side, the volume rocker on the right, and below the volume rocker is a “Convenience Key”. This cn be set to one of four action: open an app, speed dial a number, send a message or open up all the shortcuts.

The keyboard, despite the necessarily small buttons, is surprisingly easy to use. That’s because it has a good rejection system. If your finger overlaps a key and starts pushing an adjacent one the second one is usually ignored. The spring loading of the keys is just about right too. Not so hard that it’s difficult to push them in, but heavy enough so that you rarely depress one accidentally.

The wireless connectivity was excellent. There’s a “Cast” shortcut (you have to edit the shortcuts to get it accessible, but it’s there), and using that, the phone immediately found my Microsoft Wireless Display Adaptor, my LG TV and my Chromecast Ultra dongle, and was able to connect to them all.

The OTG functionality was fine, with support for the usual things including a high quality digital to analogue converter for audio and external memory. There was no support for an Ethernet adaptor, which is probably the kind of thing that could prove useful for the kinds of professionals who would likely most appreciate this phone. (Nor, for that matter, was there space for a second SIM, which I imagine business people would find useful.)

The USB Type-C connection was very fast. I got impatient with having OneDrive sync photos, so I plugged the phone into my compter and dragged 39 photos – consuming 189MB of space – over, and they copied to the computer in only 12 seconds. Wires still beat wireless in many circumstances.

In terms of raw power, this is a middling phone as the use of the Snapdragon 625 would suggest. The Basemark OS II benchmark test gave it a score of 1178 overall, compared to 2816 for a Samsung Galaxy S7. The Basemark X 1.1 gaming benchmark gave it 21213 vs 41505 for the Samsung.

But this isn’t really a gaming phone anyway. With a screen aspect ratio of 3:2 rather than the norm of 16:9 or wider, it’s not ideally suited. Throughout the time I had the phone, it ran smoothly, never giving any sense that it might be under powered, because of course it isn’t.

The camera was generally quite good, better than that on the typical mid-range phone. In low light conditions I found it quite variable. Some shots it just wouldn’t focus at all (I’m talking very low light here), or it didn’t quite get the focus. Then the next shot it would grab it all extremely well. For utilitarian work, it’ll do the job very nicely.

Obviously, the BlackBerry KEYone is not for everyone. But if you want better security than the norm, and enjoy the BlackBerry physical keyboard experience, it looks like this could be the phone for you.