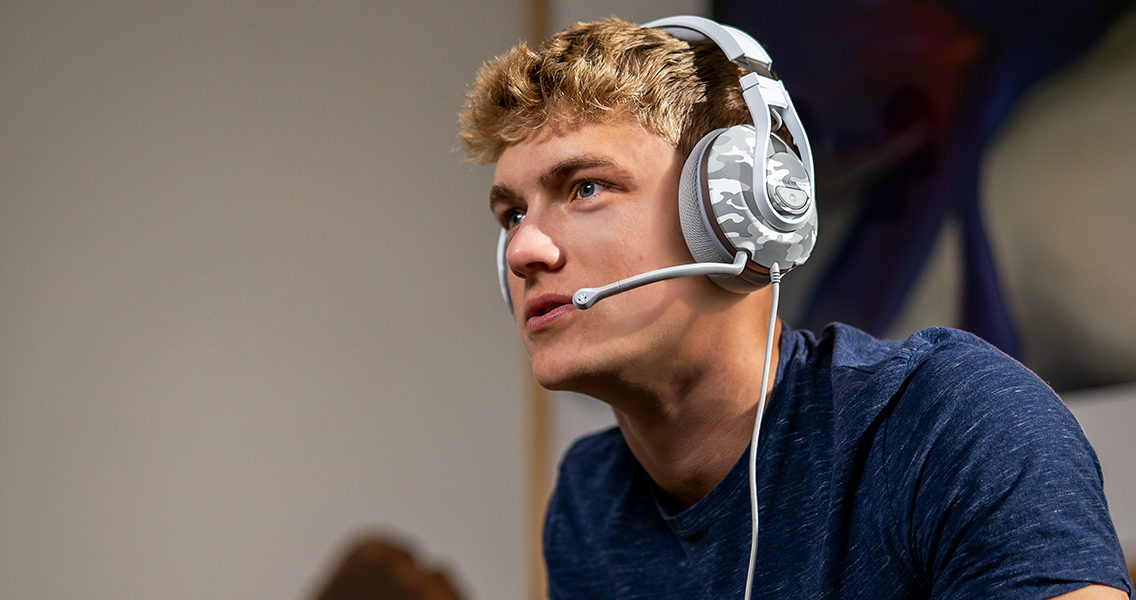 Wires can be a pain. I’m normally all about getting rid of messy cables when it comes to headphones. However, I’ve been using both wireless and wired gaming headsets for a while, and I much prefer the wired variety. So, I was happy give Turtle Beach’s latest Recon 500 wired gaming headset a spin to see how it fared.

So why do I prefer wired gaming headsets? First, I happen to own both PlayStation and Xbox consoles (a PS5 and Series X) and find it frustrating that few wireless headsets support both. You need to buy separate Xbox and PlayStation versions, which seems crazy. The Recon 500s, however, will work on both (and Nintendo Switch and PCs too). You simply plug in the 3.5mm audio cable into a controller and off you go.

Another frustration with wireless headsets is that they always seem to run out of charge. As wired headsets are powered by cable from your controller, this isn’t an issue. However, your controller battery will drain a bit faster than with a wireless headset. Then there can be issues with sound quality and latency depending on the type of Bluetooth used, but I digress. Let’s get back to the Recon 500s…

Turtle Beach is well known for its quality gaming products and makes a range of wired and wireless headsets. The Recon 500s cost $AU129.95, which lands on the higher end of its wired range, but about in the middle of its wireless headphone pricing.

Design-wise, they look super cool in the Artic Camo style but you can also choose a more laid-back black.

Another pet hate that I have about gaming headsets is when they are too heavy. This, again, becomes more of a problem with the wireless variety because adding batteries adds weight. Thankfully, the Recons feel quite light at 661 grams and I haven’t experienced any headband or ear cup soreness when wearing them for lengthy 3+ hour gaming sessions.

The memory foam-lined ear cups are very comfortable, and they articulate both horizontally and vertically to create a good seal around your ears. If you wear glasses, Turtle Beach’s ProSpecs Glasses Relief tech means that the foam encases the arms of your glasses while keeping a decent seal. I’m wearing my glasses right now with the gaming headset on, and don’t feel any uncomfortable pressure exerted on the glasses against my head.

While it’s winter here in Australia, the cups don’t get too hot, however, this isn’t to say that they won’t warm up in hotter environments. The Recon’s are wrapped in an ‘athletic’ fabric to keep you cool, and the mesh is fairly large and breathable.

While my head is about medium size, the metal headband feels sturdy and should stretch to larger sizes while holding its shape. There’s a ratchet system for extending the band to fit your head, and this stays firmly in place once adjusted.

There’s a single volume wheel on the bottom left ear cup and a mic mute button in the middle – and the mic boom is removable. While you can reposition the mic to get it closer to your mouth, I like to move this out of my line of sight when it’s not used, but you can’t really do this other than taking the mic off completely. Also, it’s difficult to tell if the mute is on or off before you start a chat, as the button position is just slightly more pressed in when engaged, so tricky to tell by feel.

The Recon 500s comes with a 1.3-metre colour-matched braided headphone cable. The braiding should help prevent tangles and it feels fairly robust, but it’s a shame that the cable is anchored to the ear cup so can can’t swap it out.

The Recon’s ‘industry first’ Eclipse Dual Drivers are fairly large at 60mm. They have a frequency response between 20Hz and 20kHz. The drivers are made with Neodymium magnets and feature a wood pulp composite injection in the Dual Driver cap. Turtle Beach also uses its AccuTune process to create the sound signature.

The net result of all of this is a well balance audio performance from a relatively low-priced set of headphones. While audio quality depends on a lot of things including the game you’re playing, the console’s sound settings and the level of noise in your environment, we were generally impressed with what we heard.

The ear cups deliver a reasonable degree of passive noise cancelation; inside we heard crisp tones across high to mid frequencies and a solid bass response. While never excessively loud, there was no discernible distortion at full volume. We experienced good separation between left and right ear cups, and this was great for directional PVP (player vs player) games like Fortnight, COD, Apex Legends or Destiny. I could also make out the quiet footfalls of approaching players, which gave me the upper hand for a shotgun blast when they rounded a corner.

Explosions and ballistic sound effects had punch and impact, such as when playing CyberPunk (yes, I still play it on my Xbox) or Red Dead Redemption. Also, background scores and music, such as SkyRim, are rich and detailed across a wide range of sounds and musical types.

On the microphone front, my fireteam said that my voice was clear and easy to hear. I didn’t even need to make any adjustments either – it just worked. I had some music playing in my ‘game cave’ which didn’t seem to overpower my voice.

Turtle Beach’s Recon 500’s tick all the boxes for a great-quality gaming headset. They look cool, sound great for the money, are cross-platform and have all the important features covered. You could spend more on a fancy wireless set but it’s hard to justify unless you really want to cut the cable or are after some higher-end features.