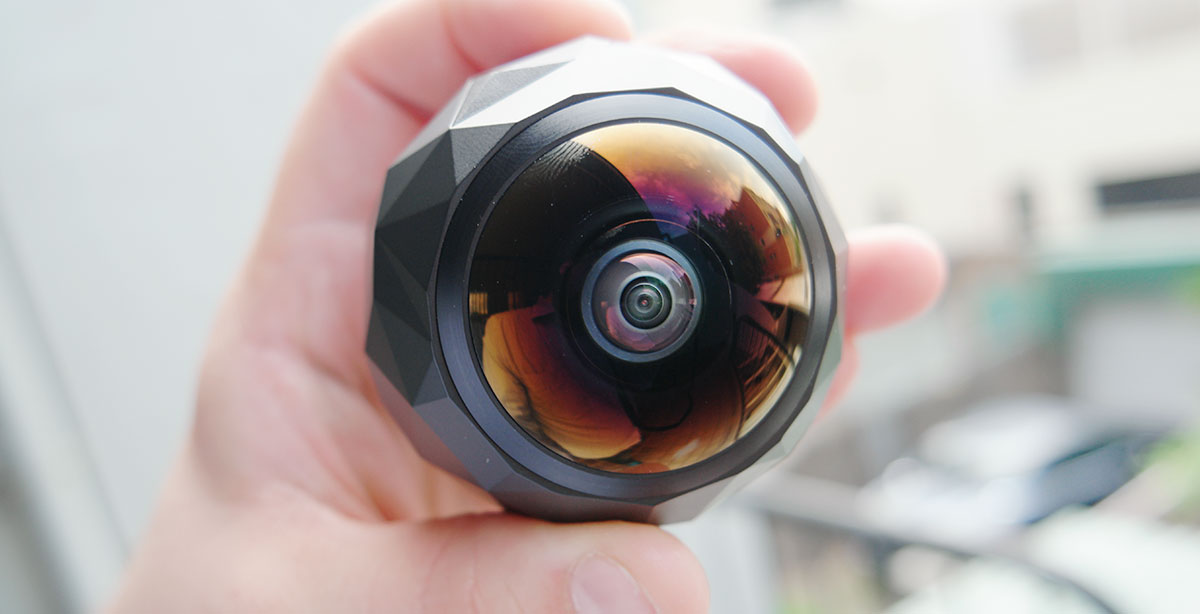 360Fly aims to capture your entire world, not just one angle

As much as we love capturing videos, you can only really capture one viewpoint: what the camera sees. Or can you?

A new camera seeks to change the perception of how a camera views the world, and it’s going to try this with one of the widest lenses you’ve ever seen.

Forget the wide angles of 18mm to 24mm you’re used to seeing on compact cameras, because 360Fly is taking a different approaching, offering a 240 degree field of view on a focal length of 0.88mm.

That might sound like a bit of camera jargon, and it is, but the easy way of understanding it is this camera uses a lens to capture you and everything around you, resulting in a picture like the one below.

A circular image might not seem particularly useful, but when interpreted with the right software, you can do some pretty cool things with it.

The makers of this camera appear to have that in mind, actually, and have been hard at work on an app for iPhone and Android that not only allows you to transfer the videos from the camera to your phone or tablet wirelessly, but to also use your finger to change the position of the video, allowing you to capture more than one viewpoint at once in high definition at once.

“Our technology is a game-changer for the industry,” said Peter Adderton, CEO of 360Fly.

“What the 360Fly captures in a single lens is what other cameras need three or even four lenses to achieve. We’re excited to see people’s reactions to the camera as it offers an unrivalled immersive experience and takes video to a whole new level. “

Aside for being able to change the angle of where your video looks at, 360Fly is targeting another market: virtual reality.

Now that companies like Samsung, HTC, and Google are getting in on the virtual reality fun, it’s something the regular joe can experience on their smartphone.

Together with the right headset, videos captured by the 360Fly camera can be run inside a virtual reality head-mount with the same smartphone, revealing two images (just like below), tricking your brain into seeing the picture for real, while your orientation affects just what is happening on screen.

In essence, while 360Fly talks up this camera as a game changer for capturing more than one point of view, it also has the potential to let people experience other scenarios first hand, moving around while a video plays out.

“For the first time, the audience is in control,” said Adderton. “Whether it’s a surfer catching a wave, a birthday party or a wedding, the 360fly doesn’t miss a second of the action.”

As for the technical side of things, the 360Fly camera includes 32GB of storage which should be enough for two hours of footage, and while it’s called a 360 degree camera, the verticals are technically only 240 degrees. That being said, most of these verticals will be your hands holding it or what the camera attaches to, and given that it can be mounted to a helmet or a GoPro mount, you probably won’t be missing anything along the bottom, anyway.

Protection is also available on the camera, with dust resistance offered in the camera, shock resistance down to 1.5 metres, and water-resistance only there when you use a small plug to seal the microphone, though adding this does let you bring the camera down to depths of roughly 30 metres.

Pricing on the 360Fly camera comes in at $649.95, and you’ll see this in specialist stores like Surf Dive Ski (SDS) from November.