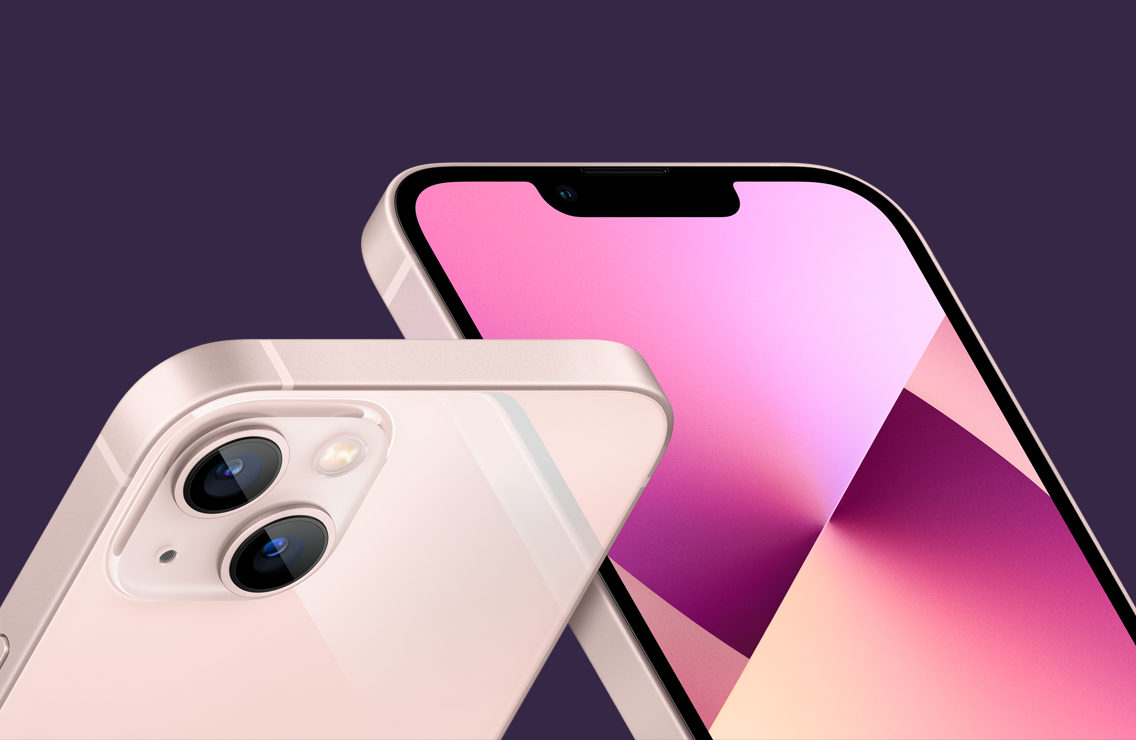 More evolution than revolution, the Apple iPhone 13 is a solid addition to Apple’s smartphone lineup for those who can live without the bells and whistles of its big brothers.

The pace of smartphone innovation has certainly slowed since the heady days of the first iPhone and Android handsets. As expected, the iPhone 13 range – Apple’s 15th generation handsets – is a “tick” year incremental update. Realistically, it’s unlikely to encourage the average person to chuck away last year’s model and invest in a shiny new Apple wundergadget.

As such, in some ways it’s unfair to judge the iPhone 13 against last year’s iPhone 12. Those interested in this year’s iPhone are more likely to be upgrading from an iPhone 11. Or perhaps even an iPhone XR, which is starting to feel a bit sluggish these days.

When viewed this way, the iPhone 13 certainly starts to look more tempting. Assuming you’re not tempted to splurge more on the premium Pro models.

Aesthetically, little separates the iPhone 13 from the last few standard iPhones. The dimensions and weight have barely changed, while screen size remains steady at 6.1″. The camera notch has shrunk by 20%, offering a fraction more screen real estate, but the change is barely noticeable. Especially considering iPhone users are probably already so familiar with the notch they don’t even see it.

Despite the difficulties in using Face ID while wearing a mask, Apple hasn’t returned support for Touch ID using a physical button or in-display fingerprint reader. Nor did it add a fingerprint reader to the power button, as found on some iPads.

If you skipped the iPhone 12, the iPhone 13’s 2532×1170-pixel OLED display makes an excellent first impression. It’s a big leap in both resolution and overall picture quality. You’ll appreciate the difference in everyday use, but its strengths shine through when creating or consuming context – with the ability to shoot and watch video in Dolby Vision.

The screen is 28 per cent brighter than the iPhone 12, with 1200 nits max brightness for HDR. The improvement isn’t striking, but it helps with both outdoor viewing and movie watching.

Flip the handset and you’re struck by the changed camera configuration. Apple has stuck with dual 12-megapixel wide and ultra-wide lenses, but they’re staggered diagonally. The iPhone 13 inherits the 12 Pro Max’s optical image stabilisation, but you miss out on the Pro’s Telephoto lens and LIDAR depth sensor.

This means that iPhone 12 cases aren’t a great fit for the iPhone 13, so allow for the extra expense when upgrading.

It’s also worth noting that the iPhone 13 comes without wired headphones or an AC power adaptor. Apple says these omissions are out of respect for the environment, although it obviously saves the tech giant a few bucks as well.

There’s still a charge cable in the box, but it’s Lightning-to-USB-C. That’s not much use if your old iPhone features a USB-A power adaptor. You’ll need to either buy a USB-C power adaptor or stick with your old power adaptor and Lightning-to-USB-A cable. The latter means sacrifices when it comes to fast charging. This might not bother you if your phone only ever charges on your bedside table overnight.

Under the bonnet, the Apple iPhone 13 packs the A15 Bionic power plant with a 6‑core CPU and 4-core GPU. The result is a power boost that helps the phone remain snappy during day-to-day tasks, but you need to push the handset to make the most of it.

The phone has added a few grams, which seems to have gone towards the battery. Combined with the A15 Bionic’s power savings, Apple promises 2.5 hours of extra battery life in the iPhone 13, which seems roughly on the money under testing.

Under the bonnet, storage options have doubled to 128, 256 and 512 GB. This will be appreciated by those who intend to install a lot of large apps and/or tend not to clean out their camera roll.

Speaking of the camera, it’s really the star of the show when it comes to the iPhone 13’s improvements. Apple has added a larger sensor to the primary Wide lens, with optical image stabilisation. This is combined with an improved ƒ/1.6 aperture which lets in 47 per cent more light.

When it comes to capturing content, the most significant change is the Cinematic mode. It effectively brings the blurred background of Portrait Mode to video, so your home movies look more like a professionally shot production.

Cinematic mode only records in 1080p at 30 fps, because it uses both rear lenses to help judge the depth of the scene. When not in Cinematic mode, the phone can shoot HDR video, recording with Dolby Vision up to 4K at 60 fps.

Camera aside, it’s also worth noting that the iPhone 13 models sold in Australia are limited to sub-6 GHz 5G. They can’t take advantage of faster mmWave 5G. That’s frustrating but, realistically, by the time it’s worth having a mmWave-compatible phone in Australia, you’ll probably be ready to buy your next iPhone.

If you’re coming from the iPhone 12, the camera delivers a subtle improvement in photo quality for everyday shots. Thanks to the larger sensors, you notice it most when it comes to removing noise and grain.

The improvement is difficult to pick when shooting outside on a sunny day. The reduced noise and improved colours are more noticeable when comparing low-light shots taken on the 12 and 13. The improved low-light performance means you need to call on Night mode less often.

Of course, the older your current iPhone, the more of a jump you’ll notice. Night mode has been around since the iPhone 11 but, if you haven’t experienced it before, the jump in low-light performance compared to a pre-Night mode iPhone is stunning. Assuming you’re happy to hold the phone still for a few seconds.

The real showstopper with the Apple iPhone 13 is Cinematic mode. To be fair, normally, video mode supports autofocus which shifts as the scene changes to ensure the main object of interest remains in focus.

The difference with Cinematic mode is that what’s not in focus is slightly more blurred. This makes the shifts in focus more pronounced like it was shot with a Hollywood camera.

More than this, Cinematic mode uses AI to make intelligent decisions about focus, especially when it comes to faces. For example, it can change the focus if someone turns to face the camera, even if they’re not seemingly the most important thing in the shot. Unfortunately, it’s not smart enough to automatically shift the focus depending on who is speaking, but maybe that’s an update for next year.

If you’re not happy with its choices, you can change the focal point when editing – although the onscreen controls are a bit fiddly.

Cinematic mode looks impressive, helping add the Hollywood touch to everything from home movies and school assignments to more professional work. Of course, if you’re not a serious video buff, then it might turn out to be another one of those novelty features you never bother to use.

Considering that its predecessor offered a much more significant overhaul, the Apple iPhone 13 could well have been dubbed the Apple iPhone 12s. That said, the impressive camera upgrade might be enough to win over those who care about polished multimedia.

The improvements are more pronounced if you’re coming from an iPhone that’s more than a year old. When you look at the Apple iPhone 13 from this perspective and amortise the cost across two or three years, it becomes a more attractive option for the Apple faithful who don’t feel the need to splurge on the top-of-the-line iPhone. Alternatively, if you’re buying phones less often, it might be easier to justify stepping up to the iPhone 13 Pro – knowing you probably won’t replace it until the iPhone 16 Pro hits the shelves.

Maybe, if I was an iPhone fan upgrading from an iPhone 11 or earlier, but I’d weigh it up against the 13 Pro.

Apple iPhone 13
A welcome addition to the line up, the Apple iPhone 13 offers an incremental upgrade rather than an overhaul and the camera is the star of the show.
Features
9
Value for money
8
Performance
9
Ease of use
9
Design
9
Positives
Improved camera
Optical image stabilisation
Cinematic mode
Negatives
No headphones or AC power adaptor
Missing the headline features of the 13 Pro range
8.8