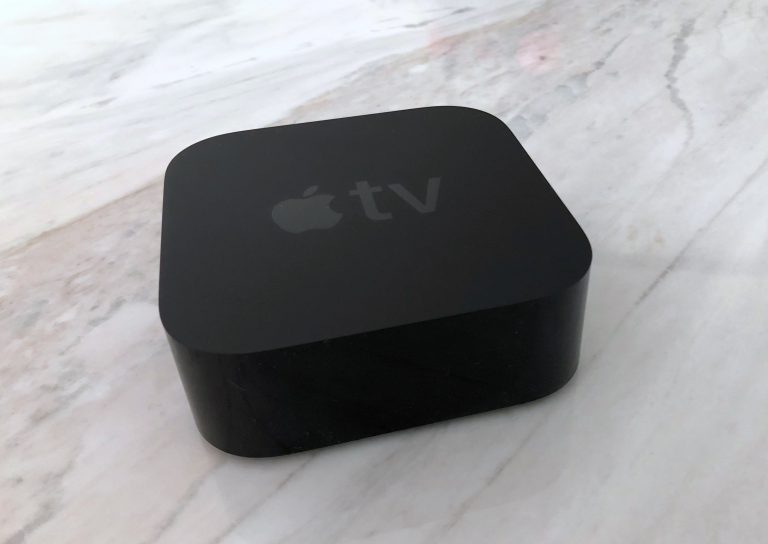 The Apple TV 4K Gen 1, as per its name, can play 4K (or 3,840 x 2,160 resolution) video, and also supports High Dynamic Range (HDR) colour technology. 4K TVs with HDR produce a broader, more dynamic range of colours than conventional TVs, meaning you’ll be able to watch movies the way their directors intended them to look if you have the right gear.

A lot has happened since the 4th Generation Apple TV was announced in September 9, 2015. Since then, 4K, or ‘Ultra HD’ televisions have become the default specification for new TV purchases in Australia, and we finally have some 4K content to watch. As people’s TV habits change from watching conventional free-to-air TV to streaming video, it’s no surprise that Apple has decided to introduce it’s Apple TV 4K Gen 1 to put some polish on its ageing Apple TV.

There are a couple of ‘flavours’ of HDR depending on the TV you have – HDR10 and Dolby Vision. Thankfully, Apple TV 4K supports both so you won’t miss out as long as your streaming service has the version you’re after.

Of course, content is key, and the big announcement is that the iTunes Store is now playing 4K movies and videos. Best of all, 4K content won’t cost you any more than HD or FHD, which is a surprising and delightful move. If you’ve already purchased HD movies, these can be upgraded to 4K versions as movie studios release them to Apple’s catalogue. This only extends to movies that you stream on Apple TV 4K, however, and not to movie and TV that you download and store on your Mac or iOS device.

Apart from the iTunes 4K catalogue, you’ll be able to watch video through video apps such as Netflix, along with Stan, Amazon Prime and others once they start sourcing 4K content.

And don’t forget to ask Siri to ‘show me 4K movies’ and she’ll find the latest available in iTunes as well as local partner apps. In general, Siri seems a bit more responsive, with a little less time between asking and answering than the 4th Generation Apple TV.

Also new for Australians is the Apple TV app. While available in the US for a bit, this is a great way to find and view your personal iTunes library as well as discover new Australian content from subscription services, catch-up TV and video apps. Curated by a local Apple team, you’ll find a selection of shows that you might not have otherwise discovered via the Watch Now tab. It’s great for queuing up the next episode in a series you’re binging on and is also synched across your iOS devices so you can pick up where you left off from your iPhone or iPad. Coming soon is a Live Sports feature, which will bring together Australian sport and place them right in the Watch Now tab.

Appearance-wise, the new Apple TV 4K Gen 1 looks similar to the previous model, with a black ‘puck’ design, HDMI 2.0a, power and gigabit ethernet connectors at the back. There’s now ventilation on the bottom of the case, presumably since the 4K model needs a bit of cooling. The other change is to the Siri remote, which, thankfully, has a white rim around the Menu button, making it easier to orient correctly when fumbled for it in the dark.

At the heart of the new Apple TV 4K Gen 1 is the 64-bit A10 Fusion chip. While not quite as powerful as Apple’s new A11 Bionic, it has 4 times the graphics power and 2 times the processing performance of its predecessor. This is plenty of muscle to display the user interface in 4K, along with videos and games. It’s this last element that will place the biggest demands on processing and graphics; however, judging by the games demonstrated at Apple’s recent keynote, the A10 Fusion chip looks to be up to the job.

When connecting to a TV, the Apple TV automatically senses its maximum resolution and colour capabilities. We used two TVs for our tests, a Samsung JS9000 and KS8500. The Apple TV connected to both in 4K, however, had issues identifying the HDR capabilities of the JS9000 unit. Hopefully this will be ironed out with a software fix in the future. To get the maximum 4K HDR performance, you’ll need to use a high-speed HDMI 2.0a cable, and we used one from Belkin for our tests.

You can use the Apple TV 4K Gen 1 on non-4K TVs as well, so it’s not just for high-end models. As most content is in HD and SD, the Apple TV 4K Gen 1 will upscale content to the maximum supported resolution. We tried a few HD movies on our test unit and they still looked sharp and clear, however, there’s nothing quite like the incredible detail and colour fidelity of a 4K movie in HDR.

When streaming iTunes video from Apple’s servers, it will dynamically adjust the quality of the video depending on your bandwidth. For a fully fledged, maximum quality 4K HDR movie, for example, you’ll need at least 25 megabits of bandwidth. In our case, the Apple TV sensed that we only had 15 megabits available and reduced the quality of our 4K stream. The same can also be said for streaming content via Netflix, Stan and Amazon, so, while you can enjoy 4K content with a slower connection, to get the maximum quality, you’ll need to have the NBN installed or otherwise a fast cable internet connection. When we shifted to our temporary 4G connection, we saw a marked improvement to the episode of The Crown we were watching in 4K via Netflix.

Once set up, you’ll find Apple’s familiar interface, only in 4K resolution, as well as some enhanced options in the settings section for video and colour modes. If you’re a fan of Apple’s mesmerising screen savers, you’ll be pleased to find that there are a number of gorgeous editions in 4K. These will download automatically in the background, and will become available over time.

There’s also improved integration with other Apple cloud-based services. You can play to the 40 million or so songs from Apple Music, view your photos in 4K from your iCloud library, control your compatible smart lighting and other smart home accessories via HomeKit, or play content on your iOS devices via AirPlay 2. There’s also a handy Apple TV ‘remote’ in iOS 11’s Control Centre, so you can quickly use your phone or iPad if the Siri remote is not in reach.

The Apple TV comes in 32 and 64 gigabyte varieties. Which to choose depends on if you plan to install a lot of apps and games, as videos and movies are streamed via the cloud and not stored on the box. For most people, the 32GB model will suffice.

All up, the Apple TV 4K Gen 1 is a timely upgrade that will enhance your home viewing enjoyment. It’s a perfect complement to your 4K HDR TV; however, you can still enjoy the benefits of it even if you have an older TV and upgrade when it suits you. While you can use your 4K TV’s inbuilt Smart TV features to watch Netflix and other streaming services in 4K, you won’t be able to view iTunes content this way. Apple’s 4K iTunes library will continue to grow, as will other video streaming services on Apple TV, so in time, you’ll be spoiled for choice.

You can read more about Apple TV here

Apple TV 4K Gen 1
Apple TV 4K Gen 1 is a timely upgrade that will enhance your home viewing enjoyment. It's a perfect complement to your 4K HDR TV.
Features
9
Value for money
8
Performance
8
Ease of Use
9
Design
9
Positives
4K and High Dynamic Range, no extra charge for 4K iTunes, good integration with iOS devices
Negatives
Most TVs have built in apps for streaming 4K content, just not from iTunes
8.6