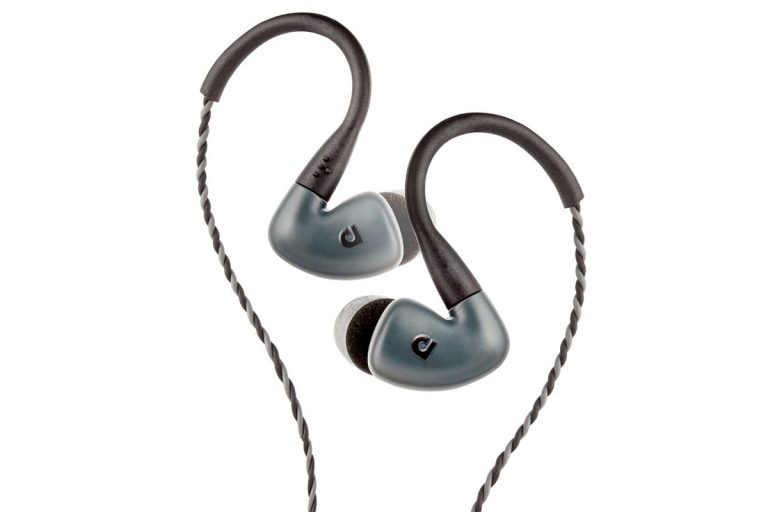 Australian firm Audiofly’s AF140 In-Ear Monitors may be designed for stage, but are just as good for letting the rest of us experience music the way it ought to be heard.

A few months back we looked at the AF100W Audiofly Bluetooth earphones. They were a wireless version of the company’s entry level In-Ear Monitors. The AF140 are a couple of steps up in the IEM range. (And there are three models of even higher level, up to the $850 AF1120 IEMs.)

You may ask, what is the difference between IEMs and regular earbuds?

Well, understand that Perth-based Audiofly began as a pro-audio outfit. Indeed, Audiofly’s performance roots are so deep, it runs a program called “Mates On Stage”, which it uses to help new artists:

Supporting and endorsing talented artists by offering top quality product, tech support and marketing opportunities, a range of Mates on Stage packages are available and tailored to musicians at all stages in their careers. Complimentary Audiofly Pro IEMs, bonus discounts and additional marketing support means artists really do consider Audiofly as their Mates on Stage while performing, recording and everything in between.

It still is a pro-audio outfit, even though now it does consumer things as well. IEMs are principally for on-stage performers, and that’s what Audiofly started with.

Now, back in the olden days, a performer had to rely on the main speakers to hear for how his or her voice or instrument was sounding. But since those are optimised for delivering sound to the audience, they weren’t all that good for that job. Then fold-back began appearing. They were wedge speakers on the stage, firing at the performers. But they were competing with the main speakers. The results were better, but still far from ideal.

In-Ear Monitors take those fold-back speakers, miniaturise them and put them in the performer’s ears as earbuds. They act as earplugs at the same time, reducing external noise. For the first time in the electric era, performers could accurately hear how they were playing or singing while they were on stage.

Which suggests two important characteristics for IEMs: accurate sound, and the ability to provide isolation from external sounds.

Oh, and one other. A kind of inconspicuousness. That kind of thing should not be too obvious on a performer’s face.

The AF140 earphones are indeed inconspicuous. They come with shaped loops that wrap over one’s ears, guiding the 1.6 metre cable down the back of one’s neck. A small clamp can be slid up the two extremely thin, twisted cable, cloth-wrapped wires to keep them from flopping around. Further down they join into one cable that is terminated eventually in a 3.5mm gold-plated stereo plug.

The ear pieces are provided with nine tips, three different sizes of regular silicon tips, triple-flanged silicon tips, and three “Comply” foam tips. The last are a kind of memory foam. A slip of paper included with the AF140s explain how to properly use them (you squeeze them into a thin tube, put them in your ears, then let them expand back out). The middle-sized Comply tips were fitted in the box.

They seem to go a little deeper into my ear canals than most, but remained comfortable. That left little of the body of the earbuds sticking out, again helping them remain fairly inconspicuous. I think that rather intimate fit contributes to the sound quality. With the loop around the ear, they were extremely secure and there was never any sense that I had to resettle them in place. The just stayed there.

Provided with them were a little cleaning brush, a 3.5mm to 6.5mm headphone adaptor, an airplane dual prong adaptor and a rather classy canvas carry case. There are no inline controls, nor a microphone. Some of the higher level Audiofly models have removable cables, and an optional cable with controls and microphone is available for use with these.

After a few perfunctory checks, I went on a long walk with Led Zeppelin’s Houses of the Holy. I used an iPhone 8 and the little analogue audio adaptor that comes with it. It was instantly obvious that the bass and detail were really first class, and I will return to them. But there also seemed to be an excessive brightness, along with an upper midrange/lower treble harshness. Robert Plant’s “S”es were wildly sibilant.

A little over halfway through the album, I made a change and discovered that this harshness had nothing to do with the Audiofly earphones. It had been troubling me. Musicians are behind the brand. Surely they would want better than that.

So I started considering the source. The iPhone 8 had a great stack of MP3s, mostly derived from my CD collection. The Houses of the Holy CD was one I’d bought relatively early on, probably back in the 1980s. (To replace my LP, which I’d bought soon after release in the 1970s.)

Many of those early CDs were pretty so-so, and probably contributed to some audiophiles’ concerns about the format. So part way through “Dancing Days” I stopped playback, fired up Spotify, and discovered that there was a remaster of Houses of the Holy. The instant I started it playing, it was obvious that all the defects had been with the MP3 tracks, not with the Audiofly headgear. The bass and drumming I had thought clear and well handled were now brought out from behind a muffling fabric to be even clearer clear and much more accurate. And that treble brashness was tamed in this mix. It was instead delivered with a great balance.

I relate this story to make it clear that the Audiofly AF140 IEMs are merciless in revealing the content of a recording. If there are defects, they will not paper them over. They will present them. But, equally, if there is beauty and power and magic in a recording, they will deliver that as well.

Even relatively mundane stuff was presented in a new light. After getting back to my office, I put aside the iPhone and plugged the IEMs into a new FiiO DAC and headphone amplifier plugged into a computer and fed them a wide range of material. This time not in mere MP3, but in FLAC and DSD formats.

A Best-Of Leo Sayer put a new sheen on instrumentation that had in my experience been unremarkable. The bass on “Since I’ve Been Loving You” on Zep 3 was extended and powerful, but also full of the nuance that marks magnificent reproduction. Sting’s bass in “Wrapped Around Your Finger” from Synchronicity was bold and full. And when the key change happens and the bass hits a new low, it maintains its level and character, rather than fading as it does with so many speakers and earphones.

Classical music was sweet and powerful.

The Audiofly AF140s were still a touch on the bright side, but in a way that brings clarity and precision to the mix. And life. Their sensitivity was such that they could achieve thunderous levels, even from that iPhone adaptor.

The isolation from the outside world was I think the best I’ve experienced, short of headphones employing very high quality active noise reduction. When I was out using the iPhone 8, trucks rumbling past were barely audible, and most certainly did not threaten to drown out the music. Audiofly includes a note in its wryly written manual. “With great isolation comes great responsibility” it warns, emphasising that you must be careful when you’re out and about.

(I also like that the inside back cover of the manual says “This page has been accidentally left blank”.

Of course, the Audiofly AF140 In-Ear Monitors don’t have the convenience of Bluetooth headphones, but if you want music that you can listen to, pay close attention to and not be disappointed, while you’re out, then the Audiofly AF140 IEMs should be very high on your short list.