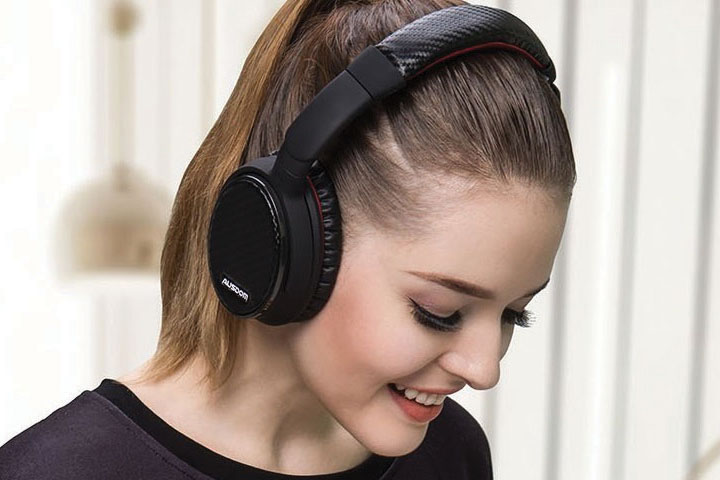 Once upon a time we electronics nerds and hobbyists had just four places to shop: Dick Smith Electronics, Tandy/Radio Shack, Jaycar and Altronics. Dick Smith Electronics decided to turn itself into a consumer electronics store and exists no more (except as a Kogan-backed online outlet). Tandy collapsed with its US parent. But if you want to buy a 47-kiloohm resistor or a 2-metre length of two-core shielded microphone cable, Jaycar and Western Australian-based Altronics persist. Yes, they do some consumer electronics, but haven’t forgotten those of us who want to buy an affordable multimeter.

These, it turns out, are the most expensive headphones Altronics offers for sale. The naming is a bit tricky and doesn’t appear fully on the Altronics website. If you’re searching for them, put item number C9021A into the Altronics search box.

The Altronics Noise Cancelling Bluetooth headphones are kind-of over-ear models that can connect via Bluetooth or cable to your source device. They are less imposing than some models, looking not too bulky on one’s head. The earcups are fairly small, prompting my “kind-of over-ear” description. My ears, at least, had to be folded in a little to get inside.

As the name suggests, they feature Active Noise Cancellation. This uses a microphone somewhere on the headphones to capture outside noise, which the headphones then process to match the noise that would make its way through the headphones to one’s ears. They invert that waveform and insert it back into the audio signal. That tends to cancel the noise.

How much? A surprisingly high amount. I’d estimate – based on my listening, which will be related further down – that the upper bass and midrange noise is reduced by around 15 decibels. That figure suggests the reduction of around 80% in the amplitude of noise.

The headphones are black with little red highlight band around the earcups. The band is metal, covered with a decent pad. They’re comfortable to wear.

Around the edges of the earcups are volume up and down controls, play/pause controls, answer/hang up controls, and ANC on/off controls.

The headphones fold flat for easy transportation and they come with a soft cloth carry bag. Battery life is rated at 18 hours with 120 hours standby time. Charge time is around two hours and is via a Micro-B USB port.

Listening to the Ausdom ANC7S headphones

There are two design aspects largely determining the sound quality of Bluetooth headphones. Aspect one: codec. Does the headphone support one of the higher resolution, higher performance stereo music codecs such as LDAC, aptX (HD or not), or even AAC? Or does it rely on the basic SBC codec? Altronics website implies that the Ausdom ANC7S headphones support basic aptX. Perhaps. But my Huawei P30 Pro didn’t indicate that. So I put a little power into my now-retired Google Pixel 2 XL and it, also failed to indicate aptX on the connection. I shall assume that the Altronics Noise Cancelling headphones ones rely on SBC, which is in theory at least, less impressive, less accurate.

The other aspect is the acoustic performance of headphones. It is my judgement that this has a greater impact on sound quality than the codec. I’d rather use nice-sounding headphones which offer only the SBC codec, than headphones with LDAC and aptX HD but dreadful drivers.

First impression of the sound of the Ausdom ANC7S Noise Cancelling Bluetooth headphones? Startlingly good! Why? Because the frequency balance avoids nasty treble prominence. There are good bass levels, inducing a foot-tapping engagement with the music. There’s a certain naivety to the presentation, verging on a rawness, as though some kind of cleaning filter had been bypassed.

In particular, drums rang out through the mix with an attractive and effective dynamism.

Second impression? Treble was a little recessed with the Ausdom ANC7S headphones. I played “Hotel California” by The Eagles, a track with which I am embarrassingly familiar, and then I went and replayed it as close a level as I could manage on my current favourite wired headphones (that cost more than eleven times as much), and it was clear that I had to listen harder for the fine cymbal work using the Altronics Noise Cancelling headphones. That says to me: the Altronics Noise Cancelling Bluetooth headphones are tuned (intentionally, or not) for pleasant, easy listening. And I’m not complaining about that. Not at this price.

Fact is, most regular people will immensely enjoy the sound produced by these headphones. Some hifi people like me might quibble with regard to the ultimate accuracy. But, well, $139.

There is just the faintest detectable background hiss when ANC is on, somewhat like the ANC headphones of a decade ago. You won’t hear it if anything is playing, but when you have the music paused, you may notice a low level of white noise.

Of course, I checked out the Ausdom ANC7S headphones’ wired connection. I felt a slight improvement in audio quality, thanks to skipping the Bluetooth SBC codec. But the character of the sound was similar: punchy, a little recessed in the treble, but dynamic and highly listenable. The on-headphone volume controls had no effect when it was plugged in, so you’re at the mercy of the source device for level. The ANC could be switched on or off.

You don’t get a two-prong airplane adaptor with the unit. But you can pick one up pretty cheap from Altronics while you’re buying the headphones.

So, how effective was the Ausdom ANC7S headphones’ noise cancellation? As usual, I played a the recordings I made of airplane sound on an Canberra-Sydney flight on my (unusually excellent) PC sound system at an average level of 100 decibels SPL, C-Weighted, and switched the active noise cancellation on and off, with and without music playing, to see what difference it made.

You probably won’t be surprised to hear that it didn’t cancel noise as effectively as the latest generation of $400 to $500 ANC headphones. Those things can very nearly make that noise completely disappear. Seriously, they bring it down to relative whisper.

The Ausdom ANC7S headphones? They are certainly way more effective than the earliest ANC models, but less so than the most recent (expensive) batch. I’d put their effect at around the level of Bose models from ten years ago. Which, really, is very impressive.

In practice, with the ANC switched off and that 100-decibel noise going, it was hard to clearly hear The Who playing Quadraphenia (with I’d turned up to a fairly high level). With ANC on, it was easy.

The fact is, for noise cancellation performance I’m going to stick with my current favourites. Heck, I already have them. But I’d be perfectly comfortable with the Ausdom ANC7S headphones for their ANC performance. And if I were to be deciding between spending $399 on those other headphones, or $139 on these … it depends.

These days I’d lean to towards the more expensive models. But at other points in my life, the Ausdom ANC7S Noise Cancelling Bluetooth Headphones would have been the no-brainer choice.

Having written all that I happened upon the headphone specifications at the bottom of the Ausdom ANC7S headphones’ page at Altronics. The active noise reduction is specified at 16dB reduction, ±2dB for the 20 to 600 hertz band. It looks like my estimation of around 15dB wasn’t far off.