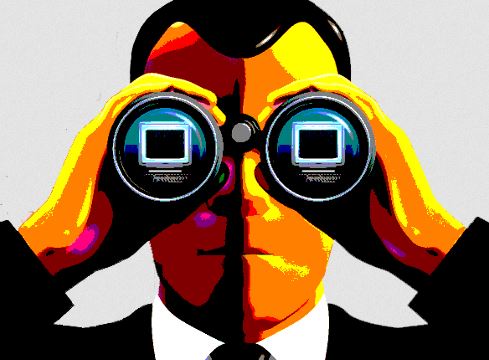 Big Tech – Facebook, Amazon, Apple, Netflix and Google (even little tech and throw Microsoft under the bus as well) could not exist in the same form today as data harvesting behemoths if global Digital Privacy regulations were in place.

That is, of course, a pipedream. Digital Privacy, not koalas, COVID or climate change, is the greatest threat to humanity in the 21st Century. Our world governments cannot agree on much let alone a unified digital bill of rights for humanity.

This article is part of our Big Tech and Trust series – best read over a weekend cuppa. Images and quotes are reproduced under the Creative Commons Laws for a scholarly article (opinion).

The simplest definition of privacy is a state where one is not observed or disturbed by other people.

In other words, you control what others know about you. Privacy is an integral part of most western world constitutions – something conspicuously missing from autocracies and socialist/communist dictatorships.

Since the internet, Digital Privacy – specifically lack thereof – has become a commodity to be monetised. Why? Because the regulations don’t exist or don’t go far enough. It seems that there is no law against giving up your privacy in return for certain on-line benefits. No laws prevent Big Tech from collecting that data by almost any means. Worse, there are no laws to give you the control to stop or limit data harvesting.

It fair that say Facebook knows how we like our eggs (or not) in the morning. Amazon knows our body shape, buying preferences and far more intimate details that even your mother knows. Or that Google can laser focus advertisements at you.

The internet has raced ahead. Laws have not adapted fast enough to cope. Today Big Tech knows it is easier to beg forgiveness than to ask permission. The irony is that without global Digital Privacy laws, Big Tech can literally get away with murder.

Here is my take on some of the major digital privacy issues.

Simply put, your data makes others like Mark Zuckerberg and Steve Bezos wealthy. Go back to the simple definition of privacy. With Digital Privacy, you must control what others know about you online.

All it would take is a global rule that before any data-harvesting, it requires a clear statement of its use and your specific, not assumed approval.

That, of course, would stuff the ‘free’ model. We ask what would it really cost to have a private, paid version of Facebook (Fakebook versus Facebook) that did not sell our data?

Google and Facebook are the most visible news aggregators (See GadgetGuy article here). The ACCC thinks that they should pay for news from the rivers of gold in advertising. Big Tech does not.

For example, Facebook sought to have the ACCC action on payment for Australian news content struck out because it is an Irish company (Tax blarney, I tell you).

So we congratulate the ACCC but its damned hard for a country to go after Big Tech unless there is a global effort to do so.

Facebook, Instagram, Twitter, TikTok et al., argue that they only supply a platform. How can they be responsible for the content? Why should they moderate the zillions of cute dog, cat, snuff, rape, violence, pornographic, hate, ethnic cleansing videos, or fake posts put up every day?

Their excuse of being unable to moderate the sheer volume is crap. Why? These companies already have AI and machine learning that can find 99.9% of suspect content and block it pending human moderation.

No, Facebook et al., are terrified that laws could make it liable for offensive posts put up. It would cripple the flawed platforms.

In the media, we call that being ‘publishers’ responsible for the content on their platform. For example, as a legitimate media/news source, we must obey liable laws, the ethics of publishing and a simple concept of truth. In other words, we curate, not censor the news.

So it is not about Facebook et al.. having to pay. It is about whether they could exist at all.

Too little – too late

When Tim Berners-Lee invented the world wide web in the early 90s (incidentally he is a sexagenarian like me), he did not envisage how all-pervasive it would become. Now he is devasted that his creation for good is rotten to the core.

“The power of on-line information is so great that the commercial incentive for misuse is huge.”

“The problems facing the web are complex and large. We should view them as bugs: problems with existing code and software systems that people created and that people can fix… You just have to have the heart to decide enough is enough.”

Tim has a Contract for the web that makes for interesting reading.

This is an issue that we all need to be concerned with. We need to talk about it with friends, politicians and others and be part of the groundswell. Just as we do about climate change and other important social matters.

For my part, I have been around the traps for a long time. I have seen the internet born and morph into something it never should have been. Sadly, I don’t trust it any more but what alternative do I have. Part of the answer is never to overshare and wear protection (VPN, AV, Anti-spy etc)!

I was one of the first Australians on the web registering a two-letter domain name in the very early 90s setting up email and web servers. Software, and later the web, drove my company’s success.

Since 1980 one of my companies wrote ‘programs’ that never envisaged the advent of the web. The most famous was we believe, the world’s first conference and event management and delegate/guest registration programs called EVENTS. It was a prime candidate to become ‘webonised’ (weaponised as we later called it).

Now it had masses of PII – name, address, credit card, passport, dietary, and way more. We took it to the web and guess what? Shortly after – hacked! We never envisaged such a thing.

Project Saviour (Save you time and money) was software to run our computer import, Whitebox manufacture, wholesale, and retail business. Saviour was webonised and sold to many companies in the early 90s and guess what? Hacked! PS: It used customer data to sell them more of what they needed. If you bought a printer it would remind you of where to get ink and paper – click here.

From 1994-2004 I ran a website and on-line IT newsletter to support my ABC tech radio program. For $20 a year could get the latest IT news sent to your inbox. Well, guess what. Mercilessly hacked. Not just to disrupt the website but to steal subscriber’s PII and financial details.

In those days hacking (or virus creation) was more about the fact that a hacker could do it. Not like the money/knowledge-driven ransomware and nation-state attacks of today.

We became acutely aware of the potential for third parties to get into on-line databases and of the incredible difficulty in securing any on-line systems. From 1990 to 2010 – 20 years – we were never able to keep ahead of the hackers and moved out of software development.

The only thing that has changed is that organised crime and nation-states are involved, and the stakes are much bigger.