Breville serves breakfast with developments in coffee and microwave tech 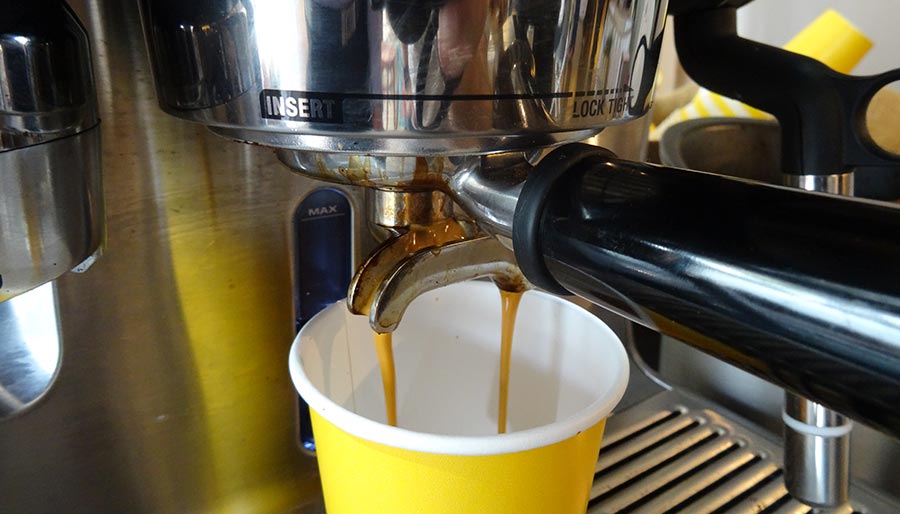 The GadgetGuy team has been playing with appliances today, as Australian kitchen gadget maker Breville showed two new products, both designed to make it easier to use some of the most common appliances in any kitchen.

Shown this week, the two appliances set to make waves in kitchens include a new coffee maker aimed at bringing barista-level coffee to anyone who can’t afford a permanent coffee worker in their kitchen, and a microwave that takes the guess work out of reheating and cooking.

First is the Oracle, a coffee maker that hopes to deliver coffee the way coffee lovers want it, but without requiring the degree often needed to operate the machines.

Much of the technology used in this machine comes straight from Breville’s own dual boiler, making it possible for the Oracle to extract the coffee and texturise the milk at the same time.

A coffee grinder is included in the system, with easy to use controls and LCD screens showing the level of grind you’re creating, and simple movements needed to get the machine making coffee.

Manual control is here for texturing milk by hand, but automatic systems can also help the milk reach the desired level, with a smiley face popping up on one of the LCDs to tell you when you’re good to go.

We’ll have more on it when we’re allowed to show it, but basically, the cappuccino we had from this machine was close to what we experience from the Toby’s across the road, and from a machine that was easy to use and will carry a $2500 price tag.

Next is the microwave, and while this is a space Breville has been in for a while, a new model aims to make microwaves more understandable and versatile. It’s called the Quick Touch, and puts some research about food to good use.

Rather than just be useful for a quick nuke of food during preparation – the thirty seconds or one minute to warm up a bottle or slice of pizza – the Quick Touch allows you to specify the food you’re cooking, enter the amount of it, and then have the microwave cook it using specifically controlled parameters so that you’re food isn’t over- or under-cooked, something we’ve all experienced at one time or another.

Getting the weight of food isn’t always going to be easy, so the Quick Touch will come with a scale to help you grab that info quickly, though Breville isn’t ruling out having the scale built into the microwave for future generations.

Extra buttons can also be found on the inside just under the door, allowing you to select shortcut settings for cooking popcorn, baked beans, and melting butter and chocolate, while you can also designate a favourite for something you commonly use.

Our test with the Quick Touch today came from one of the favourites, with chocolate melting being demonstrated, something that is often hard to do with well with a microwave. Many a time we’ve tried this and the chocolate will burn, making this a perfect test.

Breville’s Quick Touch wasn’t hard to use at all, though, allowing us to throw in 70-odd grams, designate the amount using the screen and dials, and then wait as the microwave quickly worked out how much time it would need, followed by the two minutes of cooking.

Occasionally during the melting period, the microwave showed tips on the screen, at one point telling us that now was the appropriate time to stir. After it was done, we decided it should be a little more melted than what it was, and found the “a bit more” button appearing on Breville products useful, running it for 15 percent more time.

Overall, it’s an easy microwave, though one that will carry a cost. With an expected price of around $400, it’s not the cheapest microwave you’ll find, but given what it can do, it might be one of the easiest for doing more than nuking that casual slice the next day.

Both products should be heating to stores later this year, with the Oracle available in stainless steel, while the Quick Touch microwave will arrive in four colours, including a retro red.