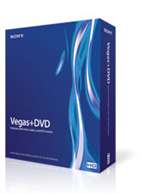 Sony’s DVD Architect has gone from a frustrating version 1 to a mature version 3. But there is still some way to go in certain areas thinks Mike Jones.

The general pattern for digital media production tools is to launch and begin their development with distinct personalities and a great swag of unique approaches. Then, over time, begin to fall into synch with other competing production tools, learning and borrowing from their competitors until the differences in approach become rather marginal and it becomes just a game of one-upmanship.

Despite having been extant for some time, DVD authoring applications haven?t quite followed this established pattern. Where as non-linear editing systems (NLEs) have very little to separate them and their workflows are fairly consistent across different brands, the variety of approaches to DVD authoring has remained remarkably diverse. Some use a node-based system of interconnection elements such as DVD Studio Pro, others promoted integrated DVD authoring on the NLE timeline such as found in Avid (formerly Pinnacle) Liquid. Still others again used a hierarchical tree system for structuring menus and folders. Likewise where an NLE has instantly recognizable elements that are universal, DVD authoring is not so defined. So it is from this diverse environment that we look at DVD Architect 3 from Sony.

When version 1 of DVD Architect arrived several years ago it was, for those who tried it out, a very frustrating application. Frustrating because it possessed elements that were ground-breaking and incredibly functional whilst at the same time it seemed completely hamstrung missing many key features sported by the competition. This initial release of DVD Architect also struggled with its place in the world seemingly unsure if it was meant to be an application for amateur home-users or a wannabe pro app. The confusion made all the worse by the fact that DVD Architect was only available in a bundle with Vegas and not as a stand-alone product; a professional NLE that came with a very underpowered consumer DVD authoring tool.

Version 2 made some substantial steps forward but it isn?t until the current DVD Architect 3 that we are at last seeing emerge the tool that we always thought DVD Architect could be.

The two things that set DVDA apart in the beginning are still the two that immediately impress, indicating the incredibly robust video engine that underlies both Vegas and DVDA. The first is a complete agnosticism when it comes to video formats. DVDA, like Vegas, will read just about every video, graphic and audio format known to humankind allowing you to put just about anything into your DVD menus ? psd, jpg, tiff, bmp, png, targa, mov, avi, wmv, rm, mpeg, aiff, wav, mp3, ogg, ac3 and even Flash swf files! Quite simply there is no other DVD application (or NLE for that matter) that is so completely format friendly. Moreover, DVDA will not even flinch at the thought of mixing these formats, you can happily populate your DVD menu structure with any of these formats having them peacefully co-exist all at different frame-rates and pixel aspect ratios and even frame sizes in a single project. DVDA will simply conform them to the project settings you have selected.

Going further is the ability to give real-time (or near to real-time) preview of your DVD, with full video motion, without any form of rendering. DVDA has done this since version 1 and there are still some professional DVD authoring applications that can?t achieve this with a simple motion menu. DVDA not only does it without a hitch, but does it even though you may have a dozen different file formats in the menu and are sending the preview out to an external TV monitor via Firewire.

Also there from the beginning in DVDA has been native internal encoding of ac-3 surround sound audio. Since Vegas was the first NLE to incorporate 5.1 surround sound mixing more than two years ago it followed suit that DVDA would have the ability to encode ac-3 surround audio. Whilst from a technical perspective this is not that remarkable, what is remarkable is that the relative price of DVDA (as part of the Vegas+DVD bundle) is so low, since Dolby, who own the license rights to ac-3, charge like a wounded bull for this simple but effective codec – and some DVD authoring packages charge an extra fee for ac-3.

However, whilst this incredible engine (that should have most other video software developers hanging their head in shame) and in-built ac-3 surround sound encoding has always been present in DVDA, a substantial number of key tools were not. Version 3 has taken a huge leap in including many of these much-requested features.

One of these most requested was Playlists allowing for any number of sequences of DVD media elements to be played from a single button without expanding the data size. A play-list is simply a set of directions that tell the DVD player to play events in a certain order one after another. The most common use is as a ?Play All? button but thinking more laterally playlists can be used to create much more interactive experiences and viewing variations without expanding the data size of needing multiple instances of the same media.

For those who want to take complete control over the DVD format, DVDA allows remote control programming. This doesn?t mean programming the DVD from the front yard, but rather dictating how the buttons on the viewers? DVD player remote control will work. In a simple case, this might mean just making sure the movement button steps through the menu events in the order you want them to. In more adventurous menus it might mean creating hidden buttons and ?Easter eggs? that viewers can discover by pushing remote buttons in a specific order (commercial DVD?s are full of these).

From a technical and format end, DVDA3 brings support for the diversity of DVD formats; including dual-layer DVD burning, DVD-5 and DVD-9 as well as Digital Linear Tape (DLT) used for master files for mass production. Along with this come CSS copy protection flags, which can be set in DVDA. These are all features that boost DVDA?s viability in fully professional workflow where glass-masters are being made for mass duplication and distribution.

Creative options inside and out

One of the features becoming standard across many DVD authoring applications is integration with Photoshop for menu design by way of support for layered PSD files. This means you can construct your DVD menu complete with titles, buttons and highlight states as separate layers in Photoshop (or any other graphics application that supports PSD) and import that layered file into DVDA where the separate layer elements, so long as you?ve followed the correct naming protocols, will be recognized by DVDA as their proper menu items.

That said, the design tools within DVDA are not too shabby either. Of particular interest, and usefulness in a busy production environment is the ability to colour adjust images, menus and picture compilations without having to export them to an external application. These controls include colour balance, brightness and contrast, levels, rotation, alpha channel transparency and cropping. Whilst you have greater control by moving to a dedicated graphics application, these tools are nonetheless very effective and a huge time saver.

Almost but not quite there

There are many things to love about DVDA. Its engine, completely format-friendly and immediate real time previews is absolutely second to none and puts virtually all others to shame. DVDA is also very fast and efficient to work with; functions that take 3-4 mouse clicks in another program take 1 in DVDA. But it?s also hard not to feel like DVDA still needs some time in the oven with some simple but key elements missing or under-developed.

There is no ability to save workspaces in DVDA, which should be fundamental to all media applications that demand changing workflows. There is also no real support for dual-monitor display. Whilst you can drag the DVDA window across two screens the windows can behave very strangely when you need to move them, suddenly jumping back to the primary screen and refusing to snap into position. Likewise when using dual-screens the drop-down menus behave erratically, not appearing at the point where you drop them down but elsewhere on the screen?

The interface of DVDA, whilst very efficient and effective once you?re up to speed, does require some getting used to and is very text-heavy. In particular, much of the terminology and nomenclature can be quite confusing and not very intuitive. The Properties Pane, where much of the detail work is done, is extremely powerful but tedious to navigate and does enforce a bit of a steep learning curve before you?ll really know what you?re doing. That said, once you do have your head around DVDA it is more than likely you?ll be able to produce the same production outcomes in substantially less time than any other professional authoring application.

DVDA is lacking a project asset management function; a place to keep track of and arrange all the assets for a project. Currently DVDA uses an emulation of Windows explorer for navigating and previewing assets anywhere on your system but a separate window where assets can be imported, and grouped together before building into the menu would be very useful ? much like the project Bins in an NLE.

Whilst DVDA has a very effective and high-quality encoding engine (courtesy of the MainConcept Mpeg2 codec) it is missing some of the more powerful encoding options such as multi-pass VBR. This sort of encoding control is offered in Vegas (and most other NLEs) and that?s where most people will do their encoding to Mpeg2 prior to importing into DVDA. But it would be useful to also have these encoding options in DVDA itself.

As all the major media software developers push hard on creating the ultimate integrated bundle of applications to deliver the ?one stop shop? of media production (Adobe with the Production Studio, Apple with the Final Cut Studio and Avid with the Xpress Studio) Sony need to look to how they can follow suit. At the moment the integration between Vegas and DVDA is actually rather minimal despite the fact that they are only sold as a bundled pair. Vegas has built-in templates for exporting prepared Mpeg2 files to DVDA and DVDA can read flags and markers set in Vegas as chapter divisions and captions but that?s really where the integration ends.

It would seem to be a very short technical step to make the integration much more complete; what about being able to put Vegas project files into DVDA as videos and motion menus before they?ve been rendered, to make changes to the edit in Vegas and have the changes update in real-time in DVDA?? This is the sort of interoperability that users are going to be looking for in the future and Sony seem to be well placed to take this next step. We certainly look forward to the next incarnation of DVD Architect to see if it can fulfil its great promise.