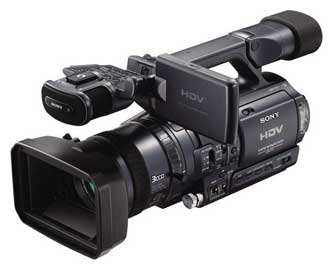 When it was launched, the Sony HDRFX1 caused huge excitement around the world as the world?s first real 1080i HiDef Video format camcorder aimed at other than broadcast professionals. Better, it used existing MiniDV tapes and while not cheap, didn?t cost the earth either.

There are many ?pro? features to excite casual film and doco makers, and importantly to some, it ?looks? like a pro camera. True 16:9 is employed, and footage shot in HiDef Video can be down sampled to Standard Def with very impressive results. Controls both manual and auto abound; this is a serious camcorder and worth a play before buying.