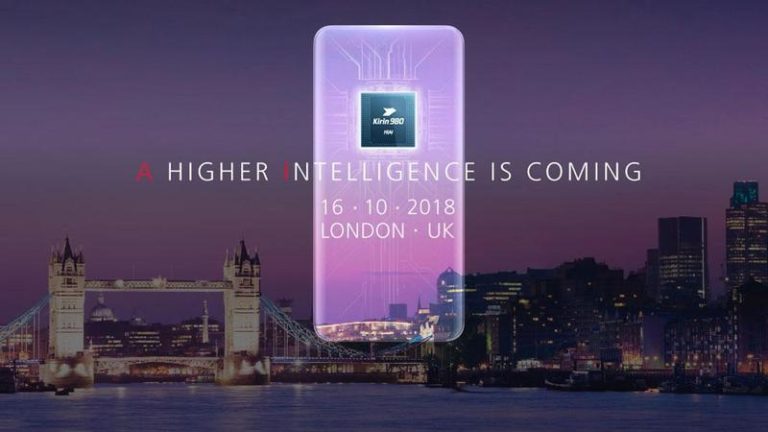 In London today (16 October) Huawei fired its opening salvo at its rivals for the crown of the flagship race. The Huawei Mate 20 and Mate 20 Pro are top drawer stuff.

GadgetGuy had a preview and hands-on with the Huawei Mate 20 and Mate 20 Pro. Channel 7 Sunrise GadgetGuy Val Quinn has braved the 24-hour flight time to be in London as a guest of Huawei for its launch. We will bring you more from chilly, rainy, royals obsessed London soon.

So why does Huawei think it can take the crown?

It comes from three things:

A full review will come in about two weeks. Here are the important bits!

The 7nm Kirin 980 is, in every respect the super-chip of 2018. While comparisons to the flagship Qualcomm 845 are inevitable, these are two very different chips with different priorities.

Huawei designs the silicon for its phones as does Samsung and Apple. This allows it to customise the silicon to its needs and in theory, should give it an edge. Unlike Qualcomm, it does not sell to others.

Raw horsepower tests indicate it is between 10 and 30% faster than the Qualcomm 845 for the same tasks, but a better comparison would be with the yet-to-be-released 7nm Qualcomm 855.

Our take – if it lives up to performance expectations it will offer the fastest processor and more AI than Qualcomm 845. Part of that will be how well Huawei can tune Android to the chip.

It has 6/128GB and new ‘nm’ memory card expansion to 256GB. ‘nm’ memory is proprietary to Huawei. It is smaller than micro-SD and offers 90MB/s which is perfect for 4K video recording.

Time will tell if nm is a wise move and if it is comparable in cost to micro-SD.

We understand the OLED screen from the joint venture between OPPO/Vivo and Huawei in Corporation founded in 2012. Royole is known for its flexible AMOLED technology offering superior shatterproof, high-contrast, high-performance colour, ultra-fast response time, and low energy properties. It opened a new massive 1.1-million-square-foot Quasi-G6 Mass Production Campus in Shenzhen in June.

Regardless of which supplier Huawei uses it now controls 100% of its supply chain and sources everything except Android OS from China.

Rear camera – three of them

The camera setup is very similar to the P20 Pro. Gone is the signature mono sensor (P20 Pro DxOMark here). Huawei says that its new RGB sensor can extract the details usually provided by a mono sensor.

40MP is huge and will capture far more detail. We understand that the 40MP will also pixel bin in low-light (Night Shot mode) to produce a 10MP image using the best pixels. PADF and Laser focus will mean better capture of moving shots.

The three lenses can provide a 5X hybrid and 10X digital zoom and an ultra-closeup macro as well. Given the massive data that this setup can capture its no wonder, Huawei needed to invent a to process it. According to the Kirin 980 specs, it can process image recognition of up to 4,500 images per minute. It also has post-processing HDR manipulation and well, all the bells and whistles a ‘pro’ could ever imagine.

I will be very surprised if it is not the best performing camera on DxOMark although we have yet to see what the Google Pixel 3 can do with a single lens. Either way, if you want the best photos, it will be up there.

More important is the AI that Huawei brings to both front and rear cameras. AI is about taking captured information and presenting what it thinks is the best photo. When I reviewed the class-leading P20 Pro, I found the AI a little too aggressive – but that was with pre-release software.

It will recognise 25 different AI Scene recognition and 1500 different scenarios.

Hi-Vision AI provides real-time information on food, art and building categories. It was impressive when aimed at a bowl of fruit it identified Kiwi Fruit and estimated its weight and calorie count.

4,200mAh is plenty especially when the OLED screen and 7nm processor are energy misers. The reverse charging is novel. It allows you to use the Mate 20 Pro as a charging pad for emergency top ups of any Qi phone or device.

As good as it gets. Dual sims means you can have your normal number and use the second for a work number or pre-paid data plan.

It has L1 + L5 dual frequency ultra-precise positioning GPS system for 4m accuracy. For most, the usual 10m accuracy is fine, but this gives an edge in in-car, turn-by-turn navigation.

The DAC specifications are like the P20 Pro. Using Bluetooth or via USB-C it should be an audiophile’s delight.

All you could need and Wi-Fi is high-end that should get over 1Gbps data connection.

The in-screen fingerprint is fast and accurate. 3D face unlock works in low light as it projects dot over the face.

Our first look at EMUI 9.0 showed a light, almost minimalist overlay with lots more flexibility than EMUI 8.1. You can set it up for Android 9 gesture mode, or Android 8 app tray, or pretty much as you want it. In all its more polished, simpler, customisable and lighter.

For example, if you don’t like the Notch then turn it into a black band across the top. It supports knuckle and tap gestures and more. It has new Digital Balance features that allow users to monitor and better understand how they use their phones. It has language translation as well.

I particularly like the Miracast and DLNA feature that allows you to use it as an Android desktop – just add a monitor.

We will be reviewing the tri-camera Mate 20 Pro over the coming weeks. At the same time, we have the single-camera Pixel 3 XL so it will be interesting to compare.

I suspect Huawei will sell an awful lot of these devices. They are good value for what they offer.

Huawei is now the world’s second largest smartphone maker. It shipped 54 million units with a phenomenal 41% growth this year. By comparison, Apple shipped 41 million and Samsung 73 million with growth.

I also suspect the Mate 20 Pro will up the ante in the DxOMark camera ratings.

The P20 Pro was good but not perfect. The Mate 20 and Mate 20 Pro are closer to perfection.

Would I buy one?

Yes, without hesitation. Until we see the next round of smartphones early next year like the Samsung Galaxy S10 or those using the 7nm Qualcomm 855 processor, Huawei appears to have a giant lead over the rest.

All of the so-called spying issues relating to Huawei, ZTE and other Chinese companies relate to critical infrastructure supply like routers and networking for energy, telecoms and utilities. It is perfectly safe to use a Huawei phone with no more concern about being listened into than any other brand.

You can watch the launch here