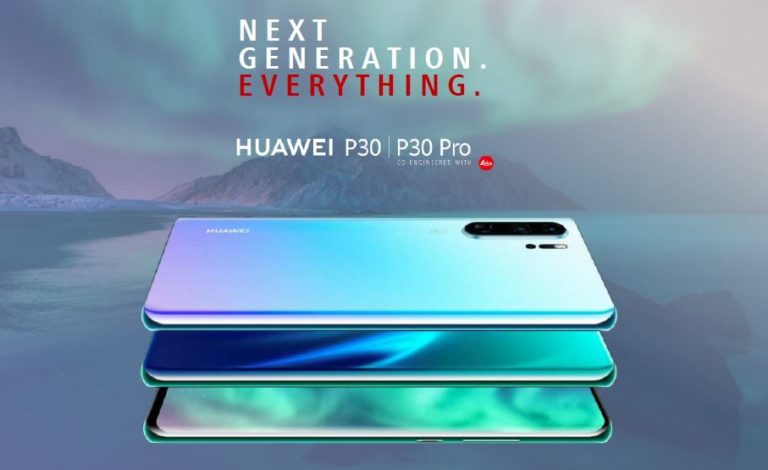 Huawei P30 and P30 Pro are now available on pre-order. These devices will set tongues wagging as they feature the latest tech from the Chinese telecommunications giant.

What we can tell you from embargo pre-briefings is that the Huawei P30 and P30 Pro represent another leap forward in camera technology and that is the battleground Huawei expects to win on. If the camera is your prime buying criteria, then you know the answer. More on that later.

Let’s segue slightly. Huawei is on a roll!

Huawei only started labelling its phones with the Huawei name a few years ago. Before that, it was a huge ‘white-label’ supplier to Telcos worldwide.

Fast forward, and Huawei has quickly knocked Apple off its perch as the number two smartphone maker (by handset volume – not profitability). Last year it sold 206 million handsets (up 35% over 2017) in its P, Mate, Nova and location-specific models. And that excludes the huge US market that does not have access because Telcos bow to government wishes.

The P20 and Mate20 series have sold exceptionally well in Australia recording a 580/450% increase in sales year-on-year – although we do not know the 2017 base figures. GadgetGuy’s take – these were the exceptional handsets of 2018, and that spurs the competition on!

What is the difference between the P and Mate series?

P does not stand for professional or perfection, but it should. Huawei launches the P-series in March each year to show off its design sense, thinnest body, and photography prowess.

The Mate-series comes in October, and it takes P-series advancements, wraps them in a bigger body (although not by much) and adds a phablet and limited-edition Porsche Design RS. Here the extra few months development and bigger body allow it to add more memory, latest processor advancements (perhaps the Kirin 990 that is more a match for the Qualcomm SD855) and more.

Perhaps that is why I rated the P20 Pro at 4.1-out-of-5 and the Mate 20 Pro at 5-out-of-5. The latter has more time to get things right as well as use the latest version of Android. The former lost points because it’s EMUI 8.1 (over Android 8.1) was not as polished as it could have been, it had no expandable storage, and at that time the AI camera tended to dominate making colours unnatural. Thankfully Huawei took notice, and the Mate 20 Pro was close to perfection. To be fair, the P20 Pro would have received considerably more points had I later done a later review with Android Pie.

Then the cycle starts over.

Huawei’s tagline is “Rewrite the Rules of Photography.”

GadgetGuy Thomas Bartlett went to a confidential pre-brief at Uluru NT for a ‘Night Under the Stars” to test the P30 Pro camera. He was impressed.

“This is a quad camera phone, with three conventional lenses on the back, plus a special ‘Time-of-Flight’ 3D camera. This captures depth information which for the processing engine to create special effects in portraits and for e-commerce applications.”

Perhaps the key features are a new ultra-low light sensor that uses RYB (red, yellow, blue) instead of RGB (red, green, blue); larger optical, hybrid and digital zoom; and improved AI post-processing of images. Whatever its secret sauce, it is impressive.

Thomas’s hands-on camera test is here and he is doing a detailed camera review in a week or so.

He will report as the first to officially get hands-on with the devices. BTW Paris is 3-13° today and 61% humidity. Expect some ultra-zoom shots of the Eiffel Tower and macro shots of buttery croissants. Val’s first look is here.

We also did a comparison of the Kirin 980 SoC and Samsung’s Exynos 9820 here. Both are amazing chips but Huawei has the edge in AI photo-processing.

There is an old saying, “The whole is greater than the sum of the parts.” On paper, the P30 Pro looks amazing with everything you could want. The P30 looks good, but lack of IP68 and slower charging may dull sales a little – the P30 Pro is the one to get.

If the camera performs as well as Huawei says this will take out the DxoMark crown again. And while that is all-important, we know consumers can’t tell the difference between any flagship camera rating over 100 DxoMark.

As for the competitors, there are Qualcomm SD 855 based flagships (LG V50+, G8) and the Samsung Galaxy S10-series that favourably compete on all other fronts. I suspect 2019 will be the year of marketing prowess, not camera prowess.