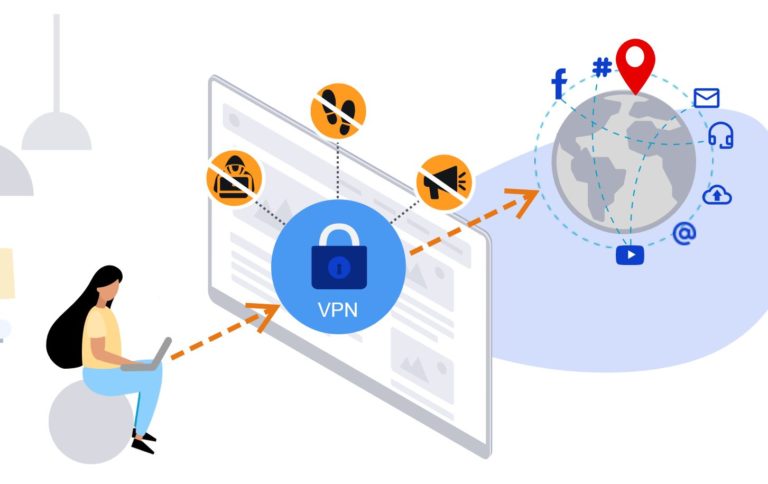 Malwarebytes Privacy is a new VPN (virtual private network) from the same company that has one of, if not the best malware detection and removal solutions on the planet.

While I trust Norton Lifelock, McAfee and Kaspersky (our top three anti-virus/malware endpoint) solutions, I always use Malwarebytes to ‘check the checkers’. It is particularly good at detecting PUPs (potentially unwanted programs) that seem to sneak past the radar of other AV solutions. So, I have high expectations for Malwarebytes Privacy.

If you don’t know what a VPN does read our tutorial here. Malwarebytes Privacy is a new kid on the block.

I have been a VPN user for a long time, admittedly starting in the good old pre-Netflix days obtaining ‘content’ we could not get here. Over time that grew to use a VPN for privacy, security for all banking and finance, to prevent man-in-the-middle public Wi-Fi attacks, and then just leaving it on for peace of mind. Oh, and to get over geo-blocking so I can see OS websites that redirect to Australia.

Price: A$69.99/year or with Malwarebytes for $109.99 (5-users). These are promotional prices and will revert to the full advertised price upon automatic credit card renewal. I am not happy with having to provide a credit card for auto-renewal preferring to get an invoice.

At present, it is only for the English language for Windows 7 or later and macOS, iOS/iPadOS, Android and Chrome are coming ‘soon’.

By that I mean it has 180+ servers in 30 countries including most European countries, UK, USA, Singapore, Australia, and New Zealand.

Let’s back up a little – before you buy any VPN, you need to know if there is a server close to you. For example, where I live is 90km from Sydney and with/without a VPN ping times are 15/12ms. Downloads/uploads are 90/95MBps and 36/38MBps (numbers rounded down to nearest).

But if I connect to Melbourne ping time increases to 27ms and DL/UL is 40/35MBps.

Torrents are where you download via a program like uTorrent and a VPN (to protect your real identity) from what are euphemistically called pirate sites. GadgetGuy does not condone the illegal use of torrents.

Torrents use a mesh of servers to ‘seed’ the download so results can be variable. For this test, we selected an 806MB video. Malwarebytes Privacy downloaded it in 6.5 minutes at an average speed of 2.0MBps, and the top speed was 4.3MBps. We removed the torrent, data and trackers and tried with another paid VPN and the result was the same although it hit 4.6MBps at one time.

Malwarebytes Privacy claims it does not log online activities – so it should be safe from any government subpoenas. But I want to see far more on its overall data collection – logs are just part of the equation.

You must set up a new My Account login for each email address you have registered with Malwarebytes. This is to manage all devices registered to your email address and activation key as well as your automatic renewal on a credit card.

Data is 256-bit encrypted from end-to-end, and the use of random IP addresses makes you less of a target for advertisers.

But a few things to consider.

If you live anywhere other than Sydney or Melbourne, then look for a VPN that has a server at least in the capital city of the state you are in.

While 90% of the world uses Windows and 80% use Android (no version yet), there are no Apple macOS or iOS versions either. You want the same VPN to run on all your devices.

Other VPNs have unlimited download – we assume that is the same with Malwarebytes and will update this review if it is not.

Other VPNs also allow you to add them to a router to protect all home-network traffic. This is via OpenVPN, IPSec/L2TP, PPTP and Socks 5 proxy.

Malwarebytes supports the new WireGuard VPN protocol (what it claims to make it faster but most paid VPNs have it too).

And finally, other VPNs allow anonymous payment by gift card and bitcoin.

GadgetGuy’s take – Malwarebytes Privacy is from a premium security provider.

Paid VPNs are the things every internet user MUST HAVE. Free VPNs are crap as the product is you – just ask Facebook about its Free Onavo VPN debacle. Or the fact that most free VPNs are Chinese developed and subject to the laws of that country.

Our test proves that it has comparable speeds to Private Internet Access (PIA) and NordVPN, on a 90km hike to Sydney and then overseas.

But it is a new product trying to use Malwarebytes excellent reputation to break into a highly competitive market. My take is that while it is technically as good, it has a long way to go. Server numbers and locations are poor in Australia. Its support database for all the answers the questions you need to ask is non-existent.

Rating: As a VPN, it works as well as PIA or NordVPN, but the lack of servers and experience in the field makes it hard to recommend – yet. Come back in a year and let’s see version 2!

Features
Value for money
Performance
Ease of Use
Design
Reader Rating7 Votes
Malwarebytes is a quality company
Lack of servers and obviously V1.0 - wait for a year or so!
3.8