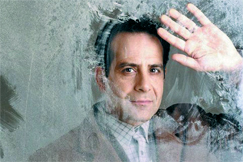 The quirky and often intriguing, Monk is a chap who you either like or loathe, but those of you who like a crime series that is a little out of the ordinary should consider this four disc collection. This series sees Monk battling the wits of the mafia, babysitting a murderous monkey and trying not to get totally freaked out in fast paced New York. This series is entertaining because Monk?s not just interested in solving crimes so that he can track down those responsible for killing his wife, but because his many phobias and fears are brought to the fore in often hilarious fashion.