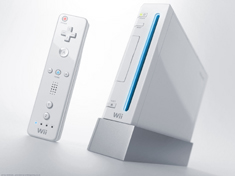 Priced at $399.95, Nintendoos eagerly awaited next-generation gaming console is set to arrive in stores in early December. While prices for individual games are still to be determined, Vispi Bhopti, Nintendo Australiaas PR and Online Coordinator, believes the games tally is the biggest launch with any console everr.

Games are played via Wiiis unique control system, which uses a combination of motion sensors and an infra-red pointing device. Wii units will ship with a single Remote controller, one nunchuck-style controller and a Sensor Bar. The main remote controller includes a speaker, vibration module and memory for storing player details, and the nunchuck can be linked to the remote for two-handed games such as fishing or boxing. The Sensor Bar is placed beneath your TV screen and provides a marker for the controllerrs pointing function. Bohpti expects the Wii controllers to last about 60 hours on two AA batteries.

When connected to the internet the Wii console displays a choice of 12 Mii (pronounced mee) channels. These provide access to online content from news and weather feeds, and various functions such as photo slideshows, post-it notes and calendar reminders, or creating customised characters that can be used across various Nintendo Wii titles. We want to give people a reason to turn on their Wii systems every day by adding new content the night beforee, says Bhopti.

There is also an option to download and play legacy games (NES, SNES & N64), which are priced from $7.50 to $15, and a legacy controller is also available.

The Mii channels include a message centre for composing email messages, which can be sent to computers, other Wii systems, or mobile phones with email functionality. A virtual keyboard or alpha-numeric keypad can be used to enter text with the remote pointing device.