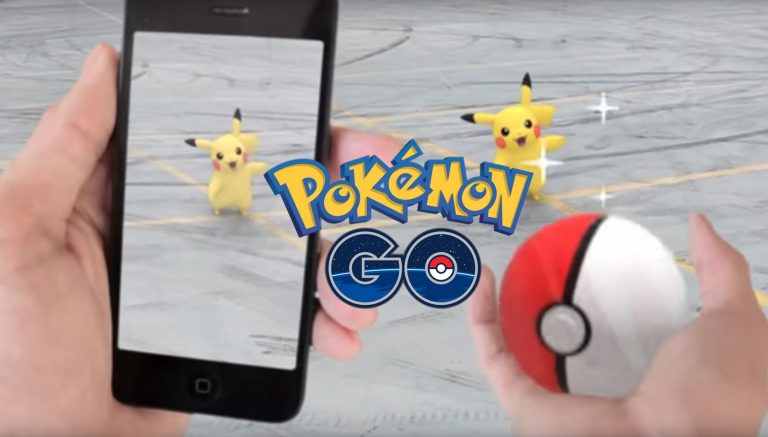 In case you haven’t heard about Pokémon GO, which is all the rage at the moment, it’s so popular that some people are actually getting injured playing it.

There have been reports around the world of Pokémon GO players, otherwise called Pokémon Trainers, so engrossed in their phones that they are literally walking onto roads and in front of cars, running into people, or tripping and falling. There was even one report of a player discovering a dead body while hunting for Pokémon in Wyoming.

While there have been no serious incidents in Australia, (apart from a Darwin Police station being pestered by players looking for ‘Sandshrew’), NSW, Victoria and Norther Territory police have issued safety warnings for Pokémon Go players about road safety.

So what is Pokémon, and what’s all the fuss about?

Pokémon is a Nintendo game that came out in the 1990s. Pokémon GO is a new ‘augmented reality’ take on the original game that you play on your Apple or Android mobile phone. If you’re a Pokémon fan, you’ll probably already understand the story and the rules, otherwise the game may sound a bit odd.

In essence, using your phone, you travel to geographical locations to ‘capture’ wild Pokémon. (Pokémon is the collective name for the monsters that you need to hunt). Locations range from parks to city streets to cafes, landmarks, churches, police stations, stores and other locations.

First, you’re alerted to their location on a map via your phone’s GPS, and then, once nearby, you can see the Pokémon through the lens of your phone, where these little creatures appear on top of, or augment, the regular world seen by your camera.

You then need to capture your Pokemon by flicking your finger and throwing a PokeBall at it, and you can gather more PokeBalls by visiting specific ‘Pokestop’ locations around you.

Once you have a collection of Pokémon, you can trade them with others. Also, you can train them to become stronger or even evolve into different monsters at ‘Gyms’.

Ultimately, you can then participate in large-scale social events where Pokémon fight one and another, and this has the tendency to drawn crowds of Pokémon GO hungers together in the same location.

Whether or not Pokémon GO sounds like a crazy idea, one great benefit its that it gets people up and off their sofas, out of their video-came dungeons and into the outdoors. This means some exercise, and as it’s a socially connected game, you might actually meet some new friends who are out doing the same thing.

Just remember, however, to unglue your eyes from your phone when you’re travelling and be sure to look both ways when crossing the road.

Edit: Only a few minutes after writing this article, there has been a report of armed robbers who used the game to lure victims to an isolated trap in Missouri.