Review:
Asus VivoBook reviewed: value-packed for Windows 8 on a budget 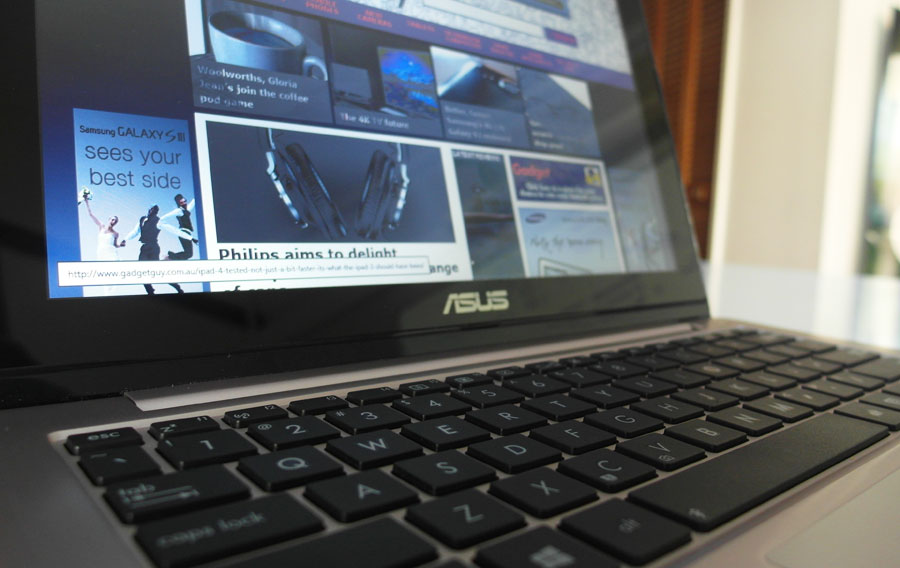 One of the pioneers of the netbook world has a computer it would like to show you. It lacks the EeePad name we saw on netbooks four years ago, and omits the Intel Atom processor, but we’re reminded very much of that generation of computers, because in the F202E, Asus has packed in so much value, it’s hard not to see it as the next generation of netbook computers.

Marketed as an inexpensive Windows 8 computer, the Asus VivoBook looks to provide decent touch-connectivity for Windows 8 without the high price that other computers will offer.

Unlike some of the machines we’re seeing roll out, the VivoBook isn’t an Ultrabook, skipping over the Intel Core processors for something a little less performance intensive, and saving more than a few bucks for the end user.

Under the hood, Asus has equipped the F202 with an Intel Celeron processor, an ultra-low voltage chip that delivers 1.1GHz of speed and couples it with 2GB RAM, under the 4 to 8GB of RAM we’re used to seeing on Windows laptops.

With a less expensive price tag than its Ultrabook cousins, you can’t expect the super-speedy solid-state storage, and Asus is using a 320GB hard drive in this machine, offering more than enough storage for most needs.

You can always add more with three USB ports, one of which is of the new high-speed USB 3.0 variety, as well as a half-height SD card slot.

Designed more like a small Ultrabook, there’s no optical drive, but Asus has been kind enough to include a decent range of connections, such as HDMI out, VGA out, 3.5mm headset, and even a 10/100 Ethernet networking port, although you don’t have to rely on this, as the F202E also includes 802.11 b/g/n WiFi connectivity.

The screen on this model sits at 11.6 inches, higher than the 10.1 inch netbook craze from a few years ago, but smaller than the 13.3 and 15 inch notebooks in abundance today. Like the low specification processor, the display is also relatively low-end, featuring only 1366×768 as its resolution, high enough to be considered “HD,” but certainly not as impressive as other displays.

A web camera sits at the top of the 11.6 inch screen, offering video conferencing in 720p HD, and your operating system is preloaded with Windows 8.

Many of the machines being released for Windows 8 arrive with high-end specifications and designs, essentially evolved from Intel’s Ultrabook design and enhanced for touchscreen functionality, one of the key pillars for the new generation of Windows.

But not every customer can afford a computer over a grand, and that’s where the Asus VivoBook comes in, offering a touchscreen computer for under $500. In fact, it’s barely been out for more than a week, and we’re already seeing this computer for $488 in some stores, showing that this is a budget Windows 8 machine, and one of the only ones at that.

So what exactly is a budget Windows 8 machine like?

The answer is surprisingly decent, with the Asus VivoBook F202E offering excellent value, even if it doesn’t have a lot of speed.

For the design, Asus has taken an approach that retains the sleek angled chassis we saw on the Transformer tablets, and to an extent, the Zen series of laptops Asus released last year. There’s no metal in the build here, mind you, replaced with plastic on this computer, although it does have a brushed metal look. The bottom of the computer features a soft-touch plastic that offers a decent grip, and even though the top of the computer is slick when collapsed, it’s not hard to hold at all.

Open it up and you’ll see the 11.6 inch screen, which isn’t the best we’ve seen, but is an option we didn’t expect to be standard on a sub-$500 notebook computer.

You’ll also see an island-key keyboard, that offers a pleasant typing experience, with the keys having a light click sound and a decent amount of travel. This review was written on the Asus VivoBook keyboard, and while we found a few mistakes over the course of using it, most were down to us, with a solid typing experience offered here.

A touchpad mouse is also provided, as some of the apps you use might prefer a mouse compared to a touchscreen. The mouse follows the widescreen display quite nicely, and offers 12.5mm diagonal of space, bigger than the spacebar on this machine.

Like the Acer Aspire S7, however, you should stick to zooming in with touch interactivity on the screen, and not on the touchpad, as the drivers still aren’t amazing for anything more than two-finger scrolling.

Windows 8 is included here, not the RT version gracing some tablets that lacks compatibility for Windows XP, Vista, and 7-based applications, so you can bring your software with you, perfect for students given the application requirements in education and beyond.

With a price tag that’s well under most touchscreen computers out there, you’d expect the Asus F202E to not be as good as the competition, and though it manages to surprise, it’s not without its flaws.

Leading them is, unsurprisingly, the performance of the system, and with an Intel Celeron under the hood, this is most certainly not a high speed box. While the touchscreen does an admirable job of picking up on multiple fingers and gestures, it can take half a second or so for the system to catch up with whatever you’re doing.

We saw this performance issue a few times with both the modern LiveTile interface in Windows and desktop mode, as well as various apps we installed, as the computer paused between gestures and bringing up dialog boxes. Applications would sometimes stop working too, or would be delayed by ten or fifteen seconds.

You won’t get an instant on effect, either. With the conventional hard drive in use here alongside the processor, we found the standby-to-on time of 5 seconds greeted us, and an off-to-on time of a little over a minute.

We get it, the Intel Celeron isn’t a great processor, but it delivers enough performance for surfing the web, really casual gaming, and the regular range of office activities. It sure isn’t a speed demon, though we suspect a lack of memory isn’t helping things here.

The screen isn’t top notch either, something you’ll notice the moment you have to look at it. We’re not at all bothered by the 11.6 inch size, but rather the display type, which has poor vertical angles and forces you to struggle to find the right – and comfortable – angle to read the screen.

Images and on-screen text can lack clarity too, and you’ll quickly realise that this isn’t a high grade display, not like that of the Acer Aspire S7 or even Apple’s iPad.

Still, there are decent touch capabilities there, so it’s not all bad.

Asus has learned a few things about the battery charger, and that’s good news, ditching the overly bulky laptop brick that most notebooks will come with.

What it hasn’t managed here is a power brick that charges its machine quickly. Whether you need just a touch of juice or the whole nine yards, there’s a high chance you’ll be waiting a few hours for the machine to build that strength back up.

Battery life isn’t terrible, mind you, and we managed an easy four to five hours from the VivoBook, but getting the life back up to the one hundred percent mark can take a few hours, so just be aware of that when you’re doing something like flying.

It’s not the best Windows 8 machine you’re ever going to lay eyes on, but sitting pretty at just under $500, it’s insanely hard to argue with.

The keyboard is surprisingly good, providing even better travel than we had on the last – and first – Windows 8 machine we reviewed, and we’d be pretty hard pressed to find another manufacturer touting a touchscreen laptop for this price tag.

The Asus VivoBook F202E certainly isn’t for everyone, and with a Celeron inside, you certainly won’t want to use this for gaming, photo editing, or video work.

Still, if your life is more about web surfing, writing documents, playing the odd casual game, and you’re keen on the new touch interface of Windows 8, but don’t want to fork out over a grand, it’s hard to go past this machine.

While netbooks are a dead market, Asus has done a great job with the VivoBook F202E, reviving an area for customers who demand value more than anything else, which is exactly what this computer brings. 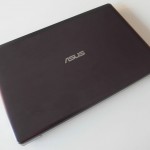 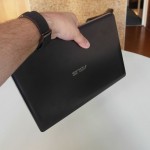 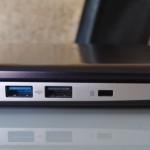 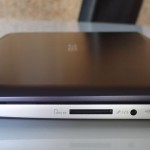 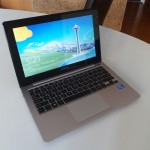 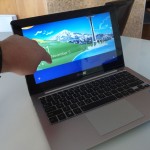 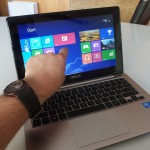 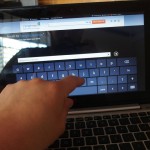 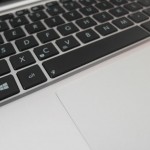 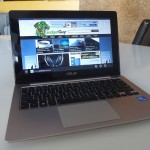 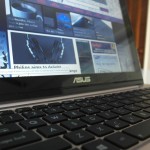 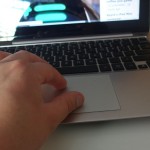 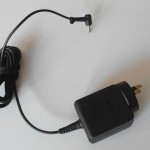 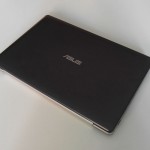