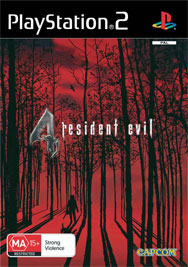 The Resident Evil series pretty much started the survival horror genre on the consoles and this latest instalment sees you revisiting the exploits of Leon Kennedy from the second game in the series. Leon is now a special agent and is tracking the disappearance of the president?s daughter. However before long the lethal flesh mutating virus which has been at the root of all of Leon?s problems makes itself known in many new and horrific forms. This is a solid 3D action adventure and believe it or not you can even get a chainsaw controller to play it with!