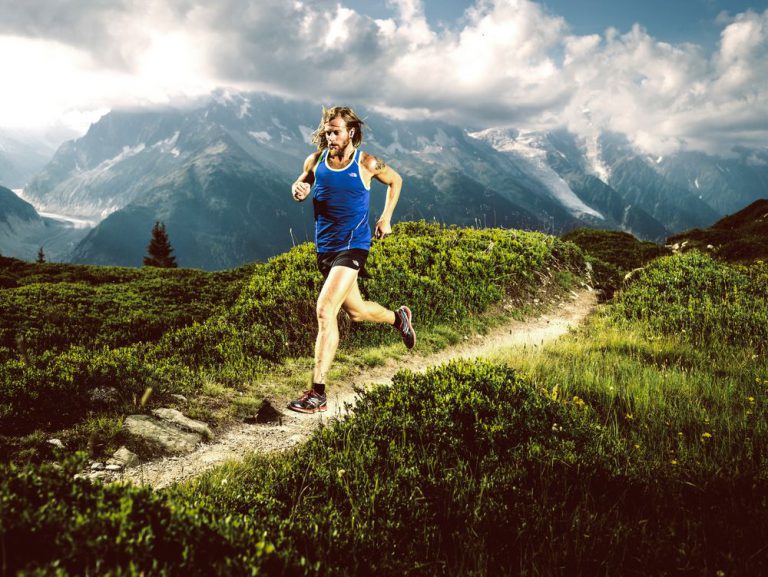 As I’ve taken no particular trouble to hide, one of my favourite sets of wireless earphones is the Jaybird X3, reviewed here. Indeed, when I’m not reviewing some other earphones, these are the ones to which I return for daily use. So clearly I’m well disposed to the brand. But what about a different model from that brand?

So let’s get into the Jaybird Run earbuds, a set of earbuds which are way earbuddier than most.

By that I mean they get rid of the cable that connects the left and right earbuds of most models. Instead the two earbuds are tiny devices with their own batteries built in. They connect wirelessly. You have buds in your ears, and nothing much else.

They come with a case which doubles as a battery pack. Pop them in, close the case and the five spring-loaded, gold-plated terminals in each will touch the matching contacts on the earbuds to charge them up. The buds have a battery life of up for four hours, with two full recharges available from the case. It in turn charges via a Micro-B USB socket.

The earbuds have proper silicon tips pre-fitted, and three other sizes provided in the box. They also have small “wings” or “fins” pre-fitted. These can be used for slipping under some of the bumps and bends in one’s ears’ topography, better holding the earbuds in place. Two other sizes of those are also provided.

There’s also a charge cable for the case, and a pouch with a spring-loaded opening for holding the earbuds and assorted bits. As it turns out, even the charge case will fit in. The charge case isn’t really that much bigger than an egg and will generally fit even in the pocket of your workout gear (assuming your gear has pockets).

I found that the charge case filled up in about an hour, and seemed to be able to charge the buds in much less time than that. Most importantly, pop the buds into the case for five minutes and you get an hour’s worth of playback.

They connect to your device via Bluetooth of course. They are compatible with Google Assistant and Siri. There are only two control buttons, one on each. You do things like switch them on and off, answer calls and hang up, play and pause music, by using one or the other briefly, or holding them for varying lengths of time. You can also use the Jaybird app, more about which later, to change the functionality of the buttons.

If there is a weakness with these earphones, it’s those buttons. They were quite stiffly sprung, and I found they put too much pressure on my ears when using them. That made me reluctant. I’d tend to reach for the phone and unlock it to pause music, rather than press the right hand button to achieve the same end.

That was bit of a pity, because the major first impression – and indeed a continuing one – with these earbuds was comfort and security. I didn’t fiddle with the extra tips or wings. The ones already fitted were a perfect match for my ears. I put the silicon tips into my ears, pressed gently, then pressed the wings into the whorls of my ears, and it was done. They sat there without placing undue pressure on anything, without poking out in an ungainly manner, without any feeling of insecurity. Later I made bit of a fool of myself out on the street, shaking my head as violently as I could manage, and still failed to dislodge them, or even reduce the surety of their fit. Jogging, even my stiff legged, rough version of it, had no effect on them.

The battery charger/case was also a fine bit of design. The earbuds seated easily and reliably in their designated spots, and when the case was clicked closed, two little lights would show briefly, indicating that the charging connection was made to both earbuds. On removing them from the case, they switched on and re-connected within a couple of seconds with the phone.

Initially I paired them with an iPod Nano and found one weakness: the sound wasn’t very loud with podcasts. The ear seal was good enough to allow the relatively low volume to compete and remain audible, but I would have liked some way to turn up the sound. There is an option to use the app (again, more on that later) to make the right hand button a volume up control, but then you lose the play/pause function, and as I’ve indicated, I found using the control buttons uncomfortable.

But one has to get with the times. Although you can still find some remaining stock in some retailers, the iPod Nano is no more. So I finally bit the bullet and switched over to an iPhone 8 as my main podcast player. Volume problems gone. With Bluetooth, the iPhone has plenty of gain to deliver respectable volume levels, even with podcasts recorded at a low level.

The default sound was tuneful and fairly well balanced, although with a slightly bright feel, and somewhat recessed deep bass. There was good detail and excellent clarity with spoken voice.

I had to use word “default” in front of “sound”, because you’d be mad not to use the free Jaybird MySound app on your Android or iOS device. In addition to doing boring things like giving instructions, the app allows you to adjust the frequency balance of the sound in a quite sophisticated way. It has a five band parametric equaliser. You aren’t restricted to changing just the level and fixed frequencies, you can select which frequencies which are adjusted, and also the “Q”, or the range of frequencies effected.

I preferred the sound with the treble pulled down by a few decibels, and a fair bit of bass boost. But really you can go wild with the settings if you like. Jaybird does caution that increasing the bass level will tend to shorten battery life, so keep that in mind. Finally, the EQ changes that you make are loaded into the earbuds and retained. Even if you then pair them with a different device, you’ll get the same sound you’ve created using the app.

I went to The Police’s “Wrapped Around My Finger” for a sense of bass performance. The powerful and deep bass was distant with the “Flat” setting, but by the time I’d finished moving the control dots around in the app, it was solid and enjoyable. The dynamic intricacies of the drumming on the next track – “Tea in the Sahara” – were faithfully conveyed. Jaybird doesn’t bother itself with giving information about things like codec support, so I assume that it uses the standard Bluetooth SBC codec, not the higher quality AAC or aptX ones. The sound didn’t seem to suffer.

The app also has a “find my earbuds” feature. If this is switched on (and it warns that it will add a small drain to your phone battery) it will keep track of the location of your earbuds. Should you misplace them you can have it show their location on a kind of radar screen, even if it is no longer in contact. Well, it shows the location where it last had contact. This will generally get you going in the right direction if you’re close by, and a “Give Directions” button can take you to the standard Maps app if you’re nowhere near them.

The connection with the iPhone was very solid, with a range of at least ten metres in every direction.

A very cut-down manual is provided in the box. This is enough to pair and get you going, but to really get the best out of these earphones, you should go to the Jaybird website and download the full PDF. Apart from anything else, it has instructions for using the Jaybird app.

I’m fussy about my ear gear. There are some earbuds I’ve been pleased to be rid of moment I’ve finished the review. The Jaybird Run earbuds are not in that category. I’ve tweaked the sound so they are pleasing to listen with. And they are perhaps the most comfortable ear buds I’ve ever used – so long as I stay away from pressing the control buttons. These ones are keepers.