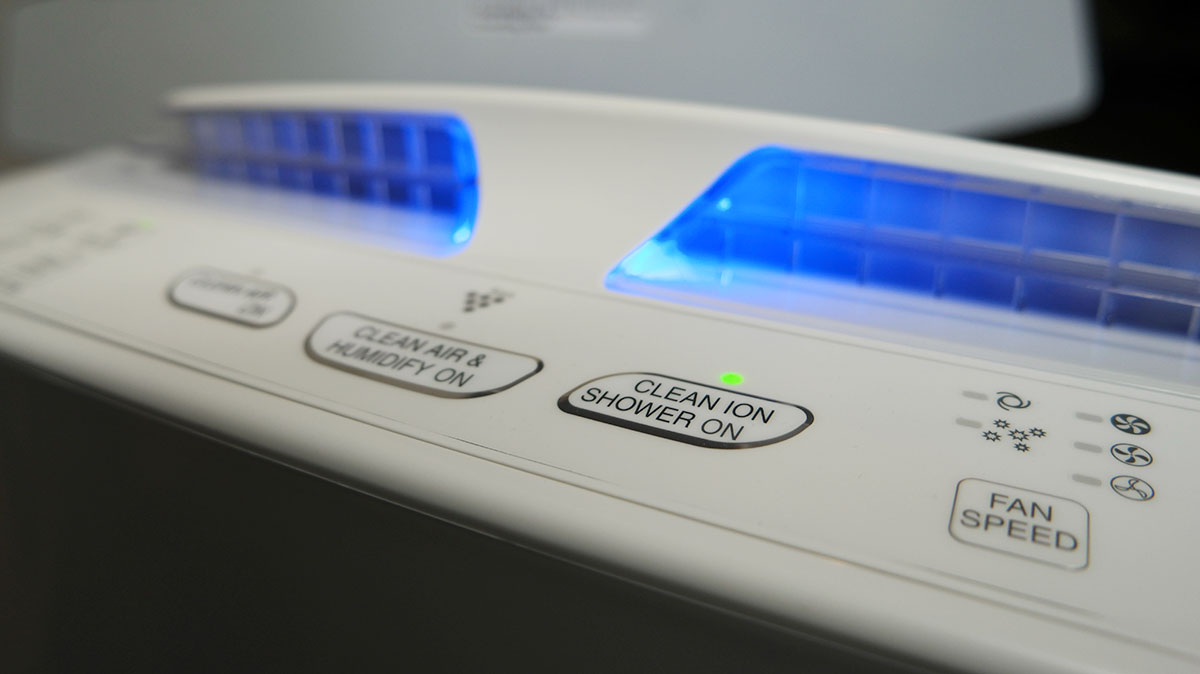 Sharp clears the air with a big gadget, and we go hands-on

There are times when smells are hard to deal with, and concealing them just becomes a matter of holding your hand over your nose, or something else not far from this, but there is a gadget that can help.

The gadget in question is called an “air purifier”, and it is exactly what it sounds: a piece of technology that takes in your existing air, processes, and spits out air that has been purified.

Why would you want this?

You might have someone living with you who might pick up on allergens and dust more than most, or might even have a slight smell to them, with both of these situations able to be dealt with thanks to purification technologies.

Sharp has been dabbling in this technology for a while, and in its recently released KCA60JW, has produced a box able to handle smells, odours, and other airborne impurities thanks to the technology in play: ionisation.

“Positive and negative ions are the covert unsung heroes of our Air Purifier range,” said Halim Saliman, Senior Product Manager of Sharp in Australia. “They are found in abundance in natural settings like forests, helping to keep air fresh but in urban areas they are recorded in low numbers, particularly in the home.”

“The Sharp PlasmaCluster Ion generator, found in our air purifiers and refrigerators, adds an army of these ions to the air which latch themselves to nasty particles and neutralise them through an oxidisation process. All that is left is water which goes back into the air. When combined with our advanced filtration system, allergens, viruses, mould spores and many other particles become a thing of the past.”

Not everyone is going to want a large box of an air purifier in their home, that much we can attest to.

About the size of a small stand-up portable air conditioner, it needs to be noted that this box does not do any heating or cooling of the air, and as such won’t keep you cool during the warmer months, which we are definitely approaching.

In fact, with a cost of $899, Sharp’s Air Purifier approaches the cost of an air conditioner, and yet offers a totally different function. You will not be using this for cooling of the air, that much we can attest to.

Rather, this is for those situations where the air needs treating, not temperature conditioning, offering modes to clean the air, clean it with an ion shower, and then humidify it, making it handy when the air is dry.

If you have someone sitting around you who happens to be particularly odourous, the Sharp KCA60JW can help out there, too, stopping their smells around where you are, which is a nicer way of saying “you smell, go away.

As for whether you need it, that’s going to come down to whether you have the almost thousand dollars to spend on this sort of technology, but if anything, we can see it as a great area for Sharp to be researching, simply because we could see this area infiltrate Sharp’s other appliances.

For instance, the PlasmaCluster air ionisation technology is already making it to Sharp’s refrigerators, which makes a lot of sense when you think about it. All those smells on the inside of the fridge — some of them a little more fresh than others — can be dulled a little, while the ions can attack bacteria and possibly help food last a little longer.

We doubt you’ll see this sort of technology in a printer or a photocopier, and there’s probably no need to, but there’s always a possibility that we’ll see it miniaturised for a vacuum cleaner, with the potential to clean the air and reduce dust as a vacuum is cleaning floors and other surfaces.

As an individual unit, however, it’s still handy, just make sure you have the space and the cash for it.