Soulcalibur IV to in stores July 31 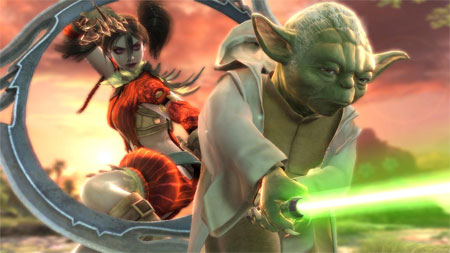 The highly anticipated Soulcalibur IV provides a true next generation fighting experience with new finishing moves and an innovative battle system that promises to revolutionise the genre. Set to finally reveal the origins of the Soulcalibur saga, the game features both new and familiar faces from across the galaxy who seeks the rival swords for their own goals.

Continuing the tradition of breaking new boundaries, legendary Star Wars icons Darth Vader and Yoda invade the Soulcalibur universe to add a new layer of depth, challenge, and mystery. Also for the first time in the franchise, customised characters or original favourites can be taken online to challenge others for the top spot of this timeless series.