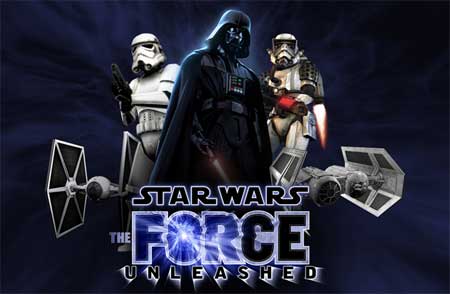 On August 21, PlayStation 3 and Xbox 360 owners will be able to unleash the Force in the comfort of their own homes by downloading the demo of Star Wars: The Force Unleashed from Xbox Live or the PlayStation Network. The demo gives players a taste of one of the early levels in the game: the TIE Fighter Construction Facility, under siege by a Jedi General named Rahm Kota. The Secret Apprentice has been sent by Darth Vader to hunt down and destroy the General, but is also told that, in order to remain a secret, he is to leave no witnesses.

Also included in the demo is a tutorial intended to teach players how to use their Force Grip power.

An entirely new chapter in the Star Wars Saga, Star Wars: The Force Unleashed casts players as Darth Vader’s “Secret Apprentice” and promises to unveil new revelations about the Star Wars galaxy. The game’s expansive story is set during the largely unexplored era between Star Wars: Episode III Revenge of the Sith and Star Wars: Episode IV A New Hope. In it, players will assist Vader in his quest to rid the universe of Jedi – and face decisions that could change the course of their destiny.

Star Wars: The Force Unleashed is the first next-generation game developed internally at LucasArts, and will be available on the Xbox 360 and PlayStation 3.

As its name implies, Star Wars: The Force Unleashed completely re-imagines the scope and scale of the Force by taking full advantage of newly developed technologies that will be seen and experienced for the first time together: Digital Molecular Matter, by Pixelux Entertainment, and euphoria by NaturalMotion Ltd.