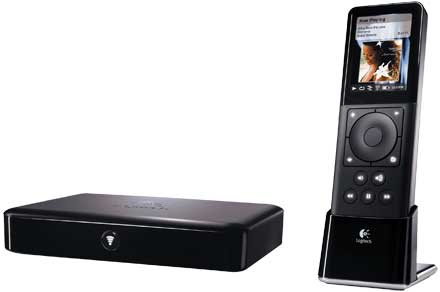 A long, long time ago, in a lounge room far, far away, something happened in the world of videogames to change their direction forever. What happened was a game called ‘Super Mario 64’, from Nintendo, and while there were many reasons for why it made such a massive impact on videogames, the main one was that it was a ‘free roaming’ gaming masterpiece in – gasp! – 3D. Arriving in 1996, Super Mario 64 took the beloved Nintendo Super Mario Bros game – a game that was largely responsible for establishing publisher Nintendo as an actual synonym for videogaming, as in; ‘I’m going to go and play some Nintendo’ – and added a new dimension to the gameplay, in a quite literal sense. Now, instead of just running from one side of the screen to another, with the screen shifting to accommodate you, you could run into the screen, around the game environment, and to make this all happen, games designers started building huge, brave new worlds for us all to explore.

Still what’s known as a ‘platform game’ – meaning you get to run around, jump and collect stuff – Mario Galaxy pushes the boundaries of videogames again; and again, literally. Not by providing you with a fourth dimension (think that’s time anyway, right?!) but by turning the gaming world upside down, on its side, and spinning it every which way it likes. Because in Mario Galaxy, it’s not the world that’s your oyster, it’s the whole dang universe!

We should explain a little. The premise of Mario Galaxy is just the same as it ever was in a Mario game: rescue the fair Princess Peach, and that’s about it. But that’s fine, it’s never really altered and it never really matters. What matters is how you get to do it, and this is where it gets really interesting. Instead of a huge, new world to explore, Mario Galaxy provides you with multiple galaxies, all comprising several worlds, to investigate and, when you’re ready, sends you hurtling through space to get to them. You do everything you’re used to doing in Mario games, running around, jumping, somersaulting, backflipping, smashing boxes and butt-slamming cute but tenacious monster dudes, collecting coins and, ultimately, grabbing the end-of-level star, to open up new worlds and experiences.

Some of these ‘worlds’ are tiny, some are huge. All of them present typical Mario-style obstacles, puzzles, enemies and challenges. Some will take you around a minute or so to complete, while with others the challenge is much steeper and you could be playing it for 30 minutes or more before you’ve had enough. When you have, you use a ‘star slinging’ mechanism to propel yourself off to another world and another set of challenges. But the genius with every one of these environments is that they all have wildly different, wildly amusing and well, just wild themed elements to them.

Each ‘galaxy’ has a visual theme – one is entirely made out of space junk, say, and another out of sweets and chocolates – and, since you’re in space, each of them messes with gravity. So, for example, your portly little plumber Mario may find himself on to top side of a saucer-shaped object hanging in the middle of space but, if he scurries over to the side of the object, the game physics let you keep running right over the side, and onto the ‘bottom’ of the saucer – but it keeps you upside down! Now, you can still control Mario with the same buttons, but if you jump, you jump downwards, which is upwards to Mario and space and, well, you probably get the idea!

This freewheeling attitude to games physics is probably one of the finest achievements of Mario Galaxy because, if you can keep your lunch down in the first 30 minutes or so of play, you soon realise that it’s an absolute revelation for the way you play. Adding to that feeling is the excellent implementation of controls – you use both the ‘Nunchuk’ and Wii Remote; the former to control Mario’s movements and the latter for jumping and attacking. Shaking the Wii Remote results in Mario spinning around madly and is a useful and very fun way of breaking stuff up. In another great innovation, a second player can use an extra Wii Remote to help the main player collect ‘star bits’ and, for younger players, this is a great way of getting them involved and having fun together. Unlike some games available on Nintendo Wii, this is one game that perfectly understands the unique control system of the machine, and matches the control system to suit.

Super Mario Galaxy is a game that just has to be experienced to be believed and it’s easily one of the greatest videogames ever conceived. Like a blockbuster movie where you try and avoid watching trailers before actually going to see the film, it’s best if you don’t read any details of the game play (we’re not going to spoil anything for you here) but just go out, buy it, then cancel your weekend plans so you can jump right in. Super Mario Galaxy is brilliant, it’s fun, it’s surprising, it’s challenging, it’ll get you totally hooked and it is an essential purchase for anyone with a Nintendo Wii.