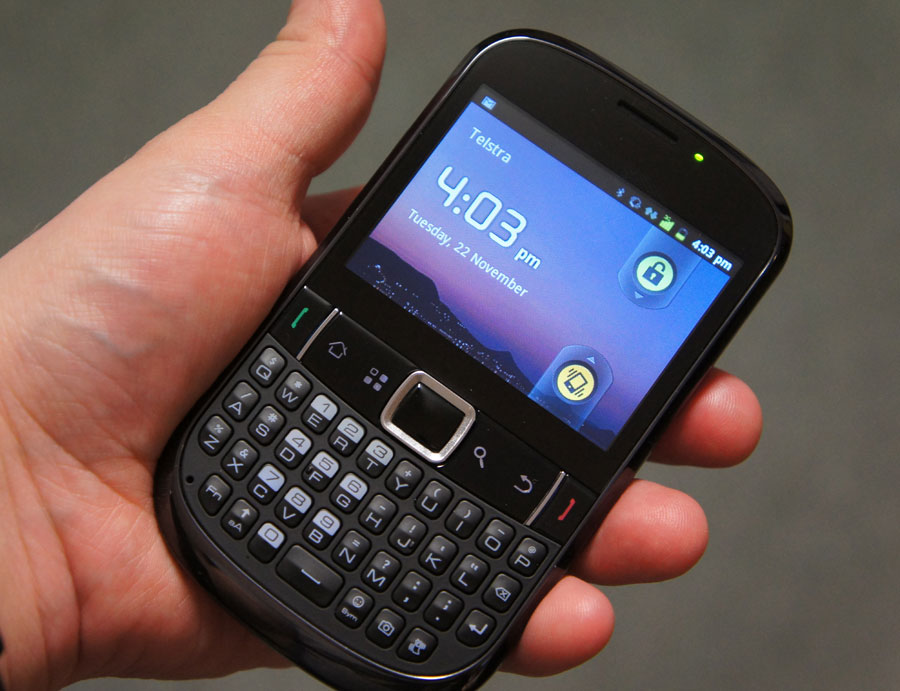 Combining a touchscreen with a QWERTY keypad for a mere $149, is Telstra’s QWERTY Touch the ideal smartphone for beginners?

The candy-bar design of the Android-based QWERTY Touch is similar to the HTC ChaCha, with a 2.6 inch touchscreen occupying the top half of the phone and a physical button QWERTY keypad dominating the bottom. In between these two sections is a row of buttons, including a green Call button, Home, Menu, directional pad with big Enter button, Search, Back, and End Call.

The only other buttons on the handset are a power button, located at the top edge, and volume on the left side.

Specifications for the ZTE-manufactured Telstra QWERTY Touch are basic, with all operations powered by a 600MHz processor. This compares to the 1GHz and higher processor speeds found on mid-range to top-tier handsets, and while adequate for most functions, won’t provide the same performance seen in premium-price handsets.

Google’s latest version of Android– 2.3, “Gingerbread” –  is here, as are its usual accompaniments: wireless hotspot technology, Google’s own turn-by-turn navigation, and support for websites with Flash.

Connectivity is pretty standard, with GPS, Bluetooth, WiFi, and support for 3G data at a max of 7.2Mbps. A microUSB port sits on the right side, allowing you to both charge the handset as well as move files – such as music or photos – to the handset from a computer.

The battery is smaller than we’re used to, with an 1100mAh supply on offer.