The road ahead for Pioneer 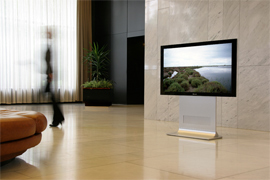 Knowing which entertainment gear people are likely to want is ?make or break? for an electronics brand. Peter Blasina reports on how Pioneer Electronics is ?making? it.

Over the past few years most Japanese electronics companies have been faced with declining profits, increased competition from manufacturers in Korea, Taiwan and China and a retail market hell-bent on cutting prices. Individually, each of the companies has faced the need to restructure, rebuild and refocus. Some have done it better than others; some weathered the financial storm and analysts? derision better than others.

The Japanese financial year March 2005 to March 2006 was an  ?annus horribilis? ?  horrible year ? for Pioneer Electronics. The company?s full-year loss was more than three times its estimate. It was time to makeover or move over.

In response, the company has reduced its research and development spending by forming alliances with other manufacturers. Under the restructuring plan, Pioneer announced that it would also reduce the number of products it makes for other companies and withdraw from the business of making panels using active matrix organic light-emitting diode (OLED) panels, a technology it had previously championed.

Mr Sudo was very upbeat about Pioneer?s future, claiming that by the end of the Japanese fiscal year (March 2008) the company would have substantially redressed its financial and structural problems. Sustained profitability would be achieved thanks to the divisional restructure and a focus on creating an advanced, high quality, high value-added product line-up.

There are already clear signs that Pioneer is now tracking in the right direction. This year Pioneer is on target to produce 380,000 plasma panels, a massive 189 percent increase on the previous year, and is well on track to becoming number two in plasma sales in Europe and number three in the USA this year.

Mr Sudo also went to great lengths to stress that, despite the company?s troubles in Japan and other markets, the Australian subsidiary of Pioneer Electronics was a shinning jewel in the corporate crown. The Australian division had achieved volume sales of plasma panels that were well beyond expectations based on population. Australia ranked sixth in the world for sales of plasma behind the USA, Japan, UK, Germany and France. Mr Sudo also pointed out that the Australian subsidiary is also the most financially healthy, based on its turnover and profitability.