Trump reneges on Huawei ban – well sort of and perhaps not 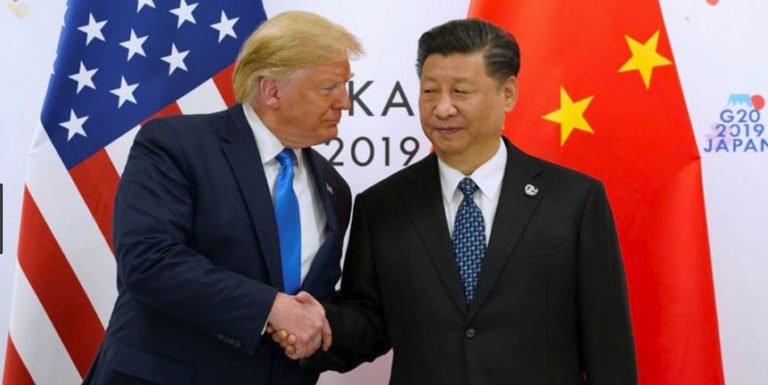 Trump has said he will relax the unilateral ban on some non-security critical US components and technology sold to Huawei. Trump admitted that the Huawei ban was unfair to US suppliers.

“We’re only talking about equipment where there’s not a great national-emergency problem with it,” Mr Trump said about the Huawei ban. He eglected to say which suppliers could sell to Huawei.

It is amazing what a long dinner at the G20 can achieve. Well, more so the almost impenetrable wall of persistent lobbyists including Australia’s Prime Minister Scott Morrison.

And as is characteristic of policy made on the fly it leaves the detail to bureaucrats to sort out, and they have until mid-October to do so.

White House adviser Larry Kudlow said US businesses could sell to Huawei as long as the sale is not a national security threat.

He added that it was up to the US Commerce Department to verify threats and if necessary, grant “some temporary licenses” to US companies to sell to Huawei. “The Chinese company hasn’t been granted a general amnesty.” He emphasised that Huawei would remain on the US blacklist and that Saturday’s deal “is not the last word.”

It seems Trump knows the value of a poker face and the Huawei ban was always his trump card in the US-China Trade negotiations. He said, “Huawei is a complicated situation.  We agreed to leave that — we’re leaving Huawei toward the end.  We’re going to see.  We’ll see where we go with the trade agreement.”

Huawei is still on the Entities list by a 15 May Presidential Executive Order that prohibits any US Technology or components to sell to it without US Government approval. That led to a global sales decline in Huawei consumer products of over 40% this quarter. It may not have killed the Consumer Division, but it certainly inflicted massive damage to Huawei and to its US suppliers.

Clarity or weapons of mass confusion

Google recently said it could not provide the Android operating system for Huawei phones after its exemption from the ban expires in August, but existing global models [shipped outside China] could still use the operating system and apps. It declined to comment further after Trumps announcement.

What phones can you trust?

Some US companies have side-stepped the ban. Memory maker Micron and CPU maker Intel are using their international offices to sell chips made outside the US to Huawei for its PCs.

Whatever the outcome it is clear that placing Huawei on the Entities List and giving the bureaucrats 150 days (mid-October) to figure out what that means, the Huawei ban still stands for critical security-related technology and components.

GadgetGuy has an overview of the impact of the original Executive Order here.