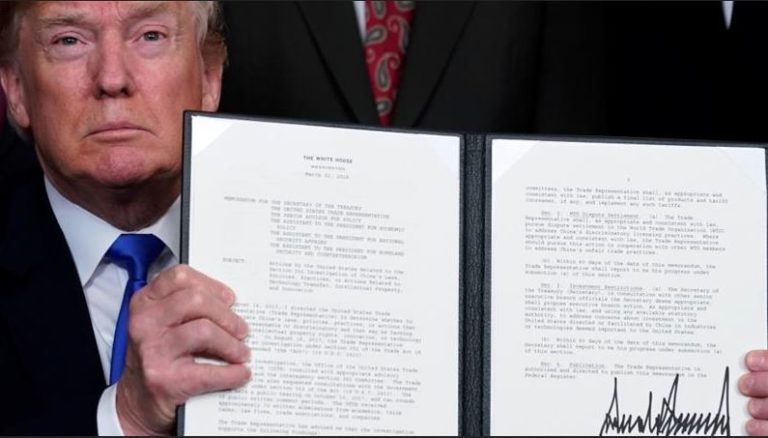 If there had been any doubt that the US anti-China rhetoric had been just a war of words – posturing – US President Donald Trump played his trump card yesterday. Via Executive order, Huawei and dozens of other Chinese firms cannot sell to US companies nor buy from them without approval.

The Executive order has yet to be finalised – the Department of Commerce has 150 days to draft the order – but there is wide-reaching intent for Huawei (and ZTE and potentially a huge number of Chinese tech companies).

“The President has made it clear that this administration will do what it takes to keep America safe and prosperous, and to protect America from foreign adversaries who are actively and increasingly creating and exploiting vulnerabilities in information and communications technology infrastructure and services in the United States.”

First, it bans the import of equipment or services from companies with close ties to foreign governments that could use their equipment to monitor or disrupt US telecommunications or other infrastructure.

The sting in the tail there is it includes services and ‘other infrastructure’ – that could be any utility, service, air or seaport, internet pipes and so much more.

Second, it places Huawei and 70 affiliates (list unknown) on a blacklist, banning Huawei from buying hardware components or software technology from US companies without US government approval.

The sting in the tail there is the words ‘US Government approval’.  At present most of the ‘soft’ technology comes from the US – things like Android, Windows, internet services and much more. It also stops Huawei buying and allegedly reverse engineering products from chip makers like Intel and Qualcomm.

However under the ‘Made in China 2025 program’ (MIC 202%) Huawei has allegedly already reverse-engineered or developed its own Windows-compatible operating system, x86 CPU/GPU, Android fork and a full suite of utilities and productivity apps to work with them. It is unlikely that we will see these products in western countries, but it’s home markets are so huge it possibly does not care.

And it is not just Huawei – every Chinese IT manufacturer will be affected by MIC 2025.

“The ban would ultimately hurt the interests of companies and consumers in the US. Restricting Huawei from doing business in the US will not make the US more secure or stronger; instead, this will only serve to limit the US to inferior yet more expensive alternatives, leaving the US lagging in 5G deployment.”

You have to combine this with the current US-Chine trade war where the US now imposes a 25% (or more) tariff on the majority of Chines goods including those assembled by US companies in China. Apple hardware for one is 100% reliant on China for assembly and its supply chain. The result – Apple prices will go up in the US.

And then there is the ongoing saga of Huawei’s chief financial officer and founder’s daughter, Meng Wanzhou. She was arrested in Canada last December. The US is seeking to extradite her on a wide raft of charges, including stealing US technology.

And there are other industries as well – auto, shipbuilding, fabrication, and more could also be impacted. Will almost eliminating the US reliance on China for everything from socks to rockets ultimately be a good thing? Will it make America great again?

Sorry can’t answer that but the Republicans and their voters think so.