What is trust in the digital world? Not what we have now! 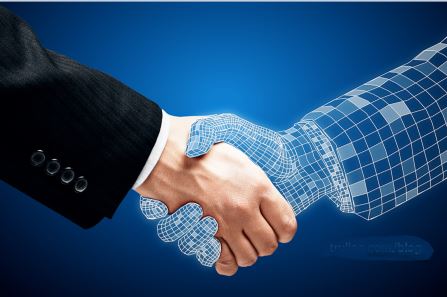 Hot on the heels of new research that puts trust in big tech ahead of the police, government and others, we thought it necessary to investigate what is trust in a digital world.

Trust is one of the most abused words in the western world. It is also one of the most overarching words that no one can adequately define. For it is a ‘belief’ – not an absolute – more of a guideline really.

The dictionary says the closest synonyms are hope and faith that the other party will act according to a long-established set of moral or legal mores (traditions). In Australia, we expect these to be ‘western’ traditions; our multi-cultural community chooses to live here because of that.

I could go on, but I think you get my drift – the digital world is lawless, faceless and anarchy prevails (and it is in the interests of cybercriminals that it does). Anyone that tells you otherwise is abusing your trust.

The digital trust problem is that you cannot look a person in the eye, judge their mettle and shake on it.

Human to human connection is the basis of trust. The digital world is, for the most part, faceless and often shady. And with the plethora of fake websites and counterfeit goods, you don’t know what is real any more.

Recently the founder of the web Sir Tim Berners-Lee launched a plan to save the web from such “political manipulation, fake news, privacy violations and other malign forces that threaten to plunge the world into a digital dystopia”.

Tim has a great idea – a contact for the web, and it is a great start but sadly, it is going nowhere fast.

Cutting to the chase the web is all about making rivers of money. For example, if FAANG et al. are advertising-driven, there is no incentive to change their Fakebook policies. Shareholders demand continued share price growth and generous dividends that Facebook happily delivers. It’s a modern-day twist on Robbing Hood – take from the poor (us) and deliver to the rich (shareholders).

Its 2020 report is sobering. Instead of a bright future, a majority in every developed market do not believe they will be better off in five years. WTF?

There are now two very different trust realities – those that trust (generally well informed and only represent 17% of the global population) and those that do not (Mass and 83% of the population). Distrust is driven by a growing sense of inequity and unfairness in the system. The perception is that institutions increasingly serve the interests of the few over everyone. And there is a massive distrust in technology.

In 2020 people will grant their trust based on two distinct attributes: competence (delivering on promises) and ethical behaviour (doing the right thing and working to improve society). This year’s Trust Barometer reveals that none of the central institutions (Government, Business, Media and NGOs) are both competent and ethical.

But what about trust in AI, robotics and future tech?

There is that word again – trust. What do we mean? It is Asimov’s three laws of robotics

Well, as we know, that did not stop HAL, Lost in Space Robot, Terminator et al. from killing humans. In all cases, AI found the impediment to future happiness and prosperity was to rid the world of inefficient humans. Or put bluntly while these rules appear to be reasonable, they are based upon human concepts. Humans can be evil; machines do what they are programmed to do.

Algorithms (AI/ML) are incredibly literal. They pursue the ultimate goal and do exactly what is told while ignoring any other, important consideration. They cannot be trusted in the traditional sense of the word because they do not work for you. What started as AI being our tool has moved well past that – we are AI’s tool. If you have a spare eight minutes, this is a great video to explain AI and machine learning.

GadgetGuy’s take – There can be no trust in a digital world without tearing down the existing precepts and finding new ones.

For example, if we decided that privacy was our number one consideration, then could FAANG exist without a paid model? We need to ask. “What data are you asking me to share, and how else are you using that data?” Let’s stop our data being rivers of gold – or at least have perfect control over its use.

If we decided that honesty and fair dealing was number two then mechanisms to prevent fake websites, fake reviews, counterfeits and Scamazons would prevent these from trading online – back to the corner flea-markets or Asian back streets for ‘genuine’ knock-offs! We need a digital online ID that prevents fakes and scams!

If we decided that transparency and accountability needed to be the same as bricks and mortar shops, 99.99999% of online merchants would fail. Sure, this may lead to higher prices, but you are covered by ACL and competition would soon bring things back to reality.

Vested interests in FAANG and many governments prefer to pay lip service to the need for regulation (we are looking at you Zuc) knowing damned well that it will never happen on a global basis. These groups obfuscate the issues and pretend to help while undermining trust.

GadgetGuy will be researching Big Tech and trust levels soon.