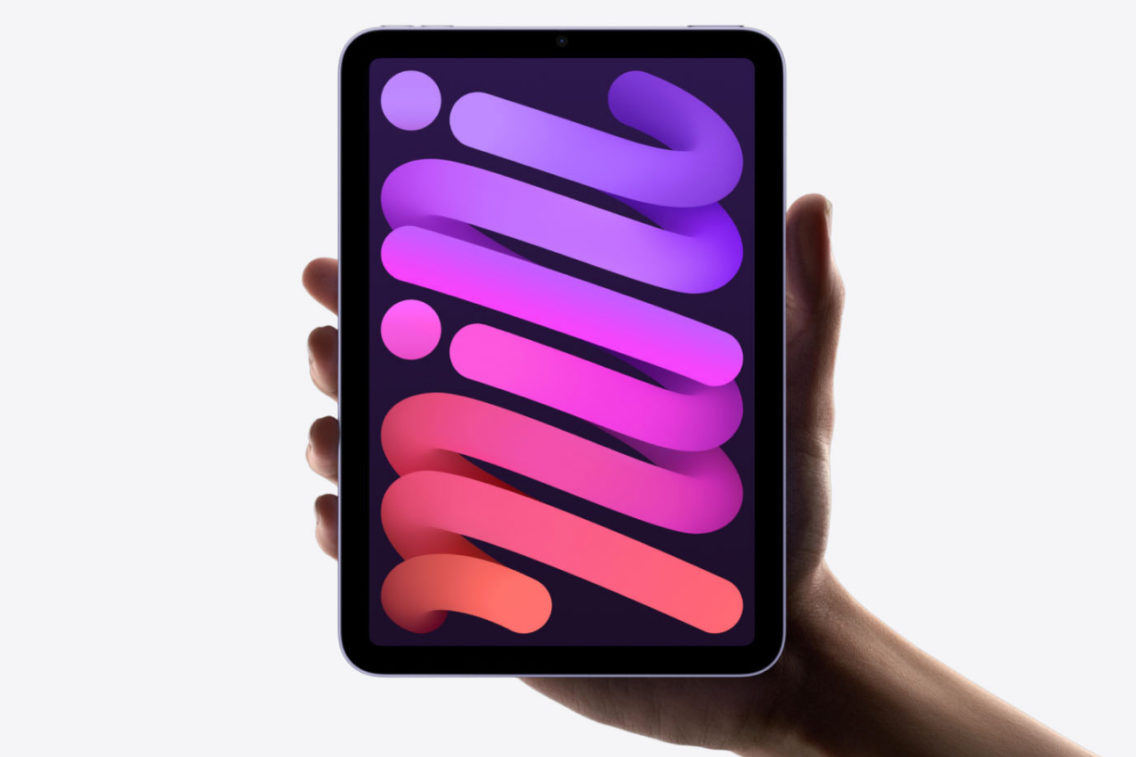 As Apple’s 6th generation iPad mini, the iPad mini (2021) delivers a raft of improvements on its predecessor – from a larger display to a lot more grunt under the bonnet. Yet, with this comes a significant price hike, which you could argue goes against the spirit of the mini concept.

The first iPad mini launched in 2012 at $369, around $100 cheaper than the standard entry-level iPad. In return, it sacrificed little except for screen size.

This took the iPad into new territory in terms of affordability and portability. Offering us a choice, especially a more affordable choice, was a major change of direction for Apple as Tim Cook took over the reins from Steve Jobs with his “iWay or the highway” approach.

Since then, the mini’s minor price has crept up over the years. The latest Apple iPad mini is certainly still portable, but the price tag has now more than doubled at $749 – to the point where it costs more than the entry-level standard iPad.

This makes today’s iPad mini a very different value proposition when deciding which is the right iPad for you. The Apple iPad mini (2021) feels more aimed at professionals and should be dubbed the iPad Air mini or Pro mini. If Apple also retained a budget standard iPad mini, that would be a welcome addition to the line-up. But that’s not the case – the budget mini is dead, perhaps because Apple knows the faithful will shout “shut up and take my money”.

So, is this premium iPad mini the mini no-one asked for, or the mini we’ve always been waiting for?

The Apple iPad mini (2021) has undergone an Air-style makeover, adding to the feeling that it should have been dubbed the iPad Air mini.

It sports an aluminium body with thinner bezels to bump the screen size from 7.9 to 8.3 inches with minimal changes to the size and weight. There’s a slight increase in resolution to keep pace with the screen size, retaining the same 326 pixel-per-inch resolution.

The screen looks great but, despite the push for premium, it’s not an OLED display – something that’s noticeable when you sit alongside a new Apple iPhone 13. Instead, it looks like the next iPad Pro will be the first iPad to go OLED.

The size and weight make the mini comfortable to hold in one hand for extended periods, whether for work or play. Turn it over in your hands, and a few changes jump out at you.

Firstly, the physical home button is gone. Instead, a Touch ID sensor is built into the power button at the top of the device on the right. The volume buttons are at the top left.

Next, the new mini abandons Apple’s Lightning connector in favour of USB-C. All iGadgets might go the same way if European regulators have their way.

Finally, there’s a magnetic Apple Pencil connector along the right edge of the screen, supporting the second-generation Apple Pencil.

All of this combined makes the latest mini look and feel like a very different beast from its predecessors. The premium styling also helps it look more business-like in a work environment.

The Apple iPad mini (2021) overhaul isn’t just skin deep. Under the bonnet, it packs a wealth of improvements to justify that premium price tag.

Whereas previous minis have lagged in terms of architecture, the 2021 model sports the latest A15 Bionic power plant. It’s a 6-core CPU and 5-core GPU, accompanied by 4G of RAM, so you’re not left wanting for grunt.

It’s actually one of the most powerful iPads in the line-up, short of the M1-powered Pro. The mini’s grunt could be overkill, depending on what you want to do with it. It has more grunt than the standard iPad, making the standard iPad the real “mini” of the range in terms of price and features.

Meanwhile, the mini’s front and rear cameras have stepped up to 12 megapixels, with the rear shooter now handling 4K video. There’s also support for Centre Stage on the front FaceTime HD camera, following you around the room during a video call.

There are four speaker grilles but don’t be fooled. Two are just for show, to balance out the design, so you don’t get the same quad-speaker setup as the Pro models.

The headphone jack is gone with the move to USB-C, but Apple doesn’t throw a 3.5mm audio adapter in the box because it wants people to spend up big on Bluetooth headphones. It does, however, include both a USB-C cable and a USB-C AC power adapter in the box.

In terms of connectivity, the mini steps up to Wi-Fi 6. The cellular models also support sub-6GHz 5G if you feel the need for speed while you’re out and about.

For all those high-end features and all that grunt, you can’t escape the fact that the mini’s 8.3-inch display can come as a bit of a shock if you’re stepping down from a larger model.

For most use cases, the smaller screen size shouldn’t present a problem once you acclimatise. But you’d only sacrifice that screen real estate – and pay extra for the privilege – if you’re mostly using the tablet on the move. If your iPad will spend most of its life on your coffee table, bigger is probably better.

Even if you are on the go, things could get a bit tight with the iPad mini if you like to multi-task with productivity apps side-by-side. If you’re a fan of the Apple Pencil, you have less room to write. There’s no Apple Bluetooth keyboard for wordsmiths because it would be a bit cramped, but you could always use a third-party Bluetooth keyboard.

Held in landscape mode, the iPad mini is almost as tall as the iPhone 13 held in portrait mode and about 2.5-times as wide. Should Apple ever unveil a mythical folding iPhone, following in the steps of the Samsung Galaxy Fold and Microsoft Surface Duo, then the iPad mini would start to look a lot less attractive to some people.

There’s a lot to love about the Apple iPad mini (2021). It’s an ultraportable powerhouse – easy to slip in your bag or jacket pocket without sacrificing high-end features or grunt. It is fantastic if that’s what you want from an iPad mini. Yet, if you were in love with the original mini concept, it’s a different story.

Imagine if the Mini Cooper S had a Ferrari-style overhaul with a Ferrari-style price tag. Car fans would be absolutely thrilled. But what if mini then stopped selling the standard Mini Cooper S? Taking away that choice would perhaps disappoint more people than it would delight, and it could be a similar story with the new souped-up iPad mini.

If you’re stepping down from a larger iPad because the mini’s grunt can now do your favourite apps justice, keep in mind that the smaller screen size might hamper your productivity.

Probably not; for most people, the cheaper standard iPad or premium Air/Pro is likely to be a better fit for their needs and/or budget.