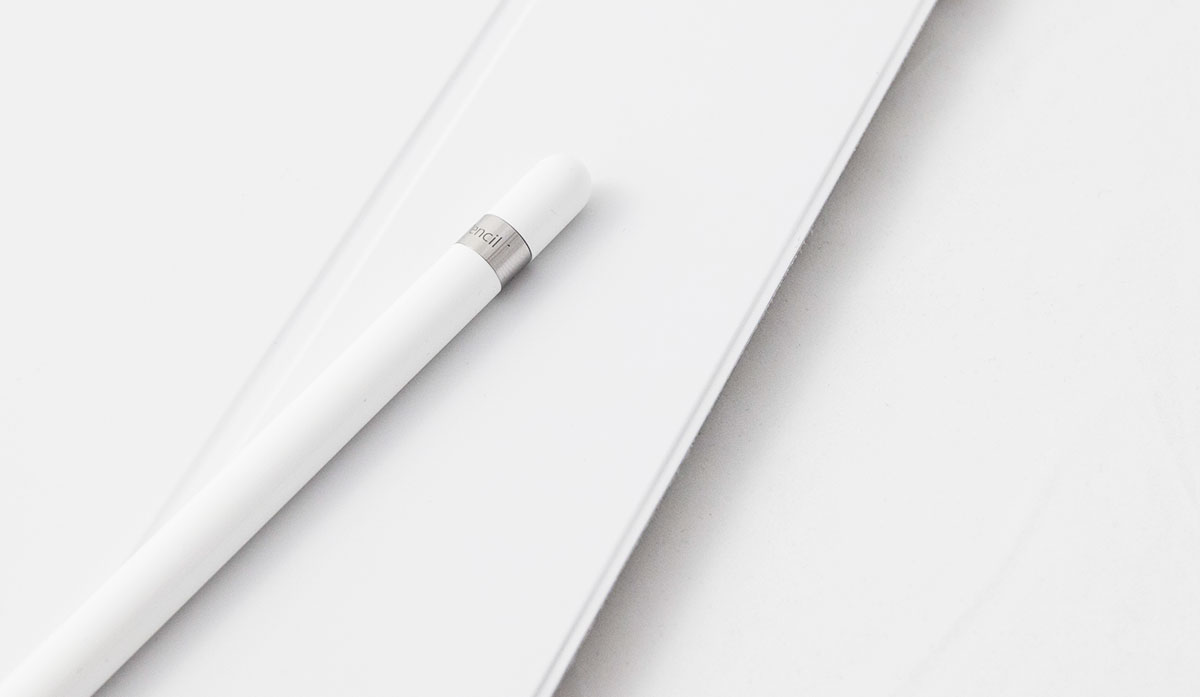 The sound is another area Apple has worked on, and while this is just another big iPad, Apple has taken the speaker design back to the drawing board.

We’ve never been too thrilled with Apple’s placement of the speakers on the iPad at the very bottom, seeing it as a sort of “let’s just do what the phone does” response to tablet design, but finally, there’s a changing of the guard.

And Apple is fixing this by adding two speakers to the other side.

This means you now get four speakers total on the device, with the sound pushed out from each quadrant of the device.

Your orientation also affects sound, because while all four will produce bass, the top most speakers will shift to handle mids and highs, changing the type of sound in order to get the best result.

We’re not sure, and we couldn’t notice a huge difference between sound out of the speakers using the GadgetGuy 2016 Sound Test as we shifted orientations, though for the speakers to be pulling this off, this might actually be the point.

What we can tell you is that while they’re not the best speakers we’ve ever heard, they are definitely very good, offering solid detail in the mids, while the highs take a bit of a backseat and the lows continue to pump on through.

Jazz was a particularly fun test, and with Dave Brubeck’s “Take Five”, it almost sounded like the highs of the horn peaked easily, while the piano and drums were quite detailed, though the bottom end was a little lacking. It was definitely comfortable to listen to, and we had much the same experience when we threw pop and R&B at it, though punchy bass did have the tendency to feel a little flat in comparison.

Volume is the other thing Apple’s iPad Pro has plenty of, because at full volume, it’s not that the tablet will fill a room, but it will certainly be loud enough to make you sit at a distance from the tablet.

We can’t do a review without evaluating performance, but as you can probably imagine, Apple’s A9X processor needs little evaluating.

Granted, we haven’t seen this version before, but considering it is based on the very excellent A9 in the iPhone 6S and iPhone 6S Plus, we have little to doubt.

Still, why not run it through a gamut of benchmarks just for the fun of it.

As expected, the new processor floors the benchmarking apps, producing scores that put it almost a thousand points higher in one test and a little more in another compared to the iPad Air 2, while the iPhone 6S running on the similar A9 processor is still outflanked by almost a thousand points on Geekbench 3 where the Pro clocks in at 3228 in single-core and 5487 in multi-core.

Another benchmark, Antutu, goes off the charts for the iPad Pro, scoring 62918, higher than we’ve seen for any otheri iOS device, telling us that yep, this is fast.

But you don’t need a numbers test to tell you that, and the overall performance of the iPad Pro rarely skipped a beat during our time with it.

We found a few pre-production glitches, usually with timing over the keyboard connection, but by and large, most apps we ran on the iPad Pro were perfect, and the few times we played a game found pretty much near instantaneous speeds. This is, as you can imagine, a very big iPad, and like the other iPads, it handles itself beautifully.

In fact, thanks to iOS 9’s ability to go split-screen, apps feel more like they would on a laptop or desktop, simply because you now have so much real estate, the system feels like it’s a proper computer.

Aside for the overall system performance, there’s also battery life, and that’s an area Apple has always sort of been able to handle its own.

Much like how it owns laptop battery life due to how it develops its own operating system and works with specific hardware, the same is true on the iOS platform, and outside of the smartphones it produces, Apple devices generally handle quite well for battery life.

So how does the iPad Pro perform?

Pretty much as you’d expect, and throughout our week with the iPad Pro, we found that we could use the iPad Pro for a couple of hours every day and still not need to charge the iPad nightly, with the unit able to handle three to four days on this device before needing a charge.

Heavy users will likely need to charge it every day, though unless this is a dedicated tablet or computer, we suspect you’ll get closer to two days, which is pretty good. People with even less usage could possibly see a week. Leaving it unused for two days saw the iPad Pro drop only 7 percent battery life.

Recharging the iPad Pro is easy, with Lightning employed as the main way to charge the unit, as well as moving data off the device in a pinch, and this charges the Apple Pencil, too.