Are we on the brink of a China and Australia cold war? 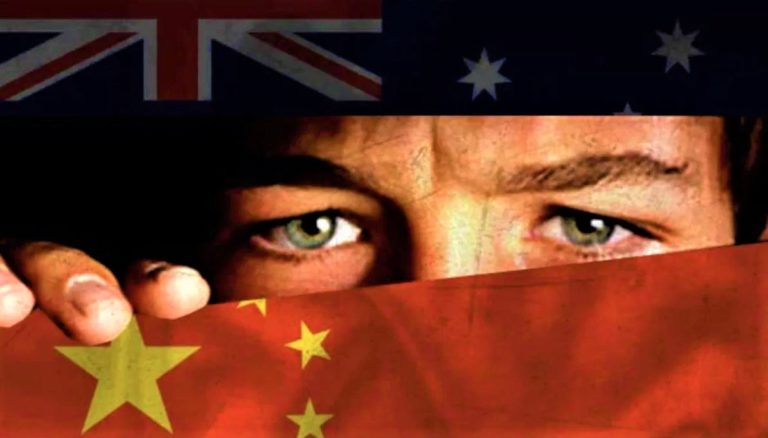 Beijing is aggressively ‘probing’ Australian politicians and anyone associated with them. Analysts are asking ‘Are we on the brink a China and Australia cold war?’

A massive data leak revealed that Australian politicians and their family members were targets of a Chinese company called Shenzhen Zhenhua Data (SZD). Investigations reveal it has strong ties to the Chinese Communist Party.

A Sky News Australia interview with Chris Balding and Robert Potter (an analyst from Canberra-based Internet 2.0 cybersecurity consultancy) show that the database is from SZD.

GadgetGuy asked its resident nation-state security expert Sam Bocetta to tell our readers what the SZD hack means. Sam is an honorary Aussie! He writes:

China and Australia cold war – what do we know so far?

The full name for SZD is Shenzhen Zhenhua Data Information Technology Company. It is a data ‘scraping’ company owned by the China Zhenhua Electronics Group.

It, in turn, is owned by a state-run military research enterprise called The China Electronics Technology Group (CETC). But here is the kicker – CETC had an ‘AI’ association with the University of Technology Sydney until 2019.

SZD has a clear connection to Beijing and the Chinese Communist Party (CCP) – if not outright controlled by them.

The leak reported in early-September 2020 shows that SZD monitored over 3 million individuals. These are listed in the Overseas Key Information Database (OKIDB). That is a database of influential opinion leaders.

Some analysts claim that OKIDB is nothing more than a purely ‘aspirational venture’ – to see what we can do!

Others go as far as to state that it is an act of hybrid warfare against Australia by the Chinese.

According to Balding, the massive data leak shows a clear need for improved Australian cyber defence. While automated cloud-based defence tools such as software composition analysis and dynamic application security testing can be effective in catching data leaks, they are not a silver bullet.

Should we be on the brink of a China and Australia cold war?

Australia is a mid-sized, open, and multicultural democracy. It is a long-standing ally of the United States. It is also economically dependent on China – more so than many other nations.

And it has had over three decades of uninterrupted prosperity, largely due to China’s economic rise.

China has, at times, an insatiable need for Australia’s iron ore, coal, and other raw materials. It buys about 33% of what we export. In return, Australia buys copious Chinese imports (ironically often using its exported materials), sells it’s assets, land, houses and companies to them, and welcomes large numbers of students and tourists.

It started with the Australian Government banning the Chinese-company Huawei from building a 5G network in the country. Rightly so – it is any governments right to use any supplier they are confident with.

It did not help that the Morrison Government called for an independent investigation into the origins of the coronavirus pandemic (which by all credible accounts originated in the city of Wuhan).

Wow – with such eloquent friends as China who needs enemies? Oh, and the US is looking to Australia to be the ‘Canary in the coal mine”. How can it manage to save the relationship without someone dying?

Foreign Minister Marise Payne said the United States and Australia shared a commitment to the rule of law. She reiterated Australia’s commitment to hold countries to account for breaches, such as China’s erosion of freedoms in Hong Kong.

At the same time, she said Australia did not agree on everything with Beijing — or with the United States.

“The relationship we have with China is important. And we have no intention of injuring it. But nor do we intend to do things that are contrary to our interests. We have a strong economic engagement, other engagement, and it works in the interests of both countries.”

We must be on the brink of a China and Australia cold war? Even if it is a de facto cold war

It is not like Beijing can take back what it has said, done or will do. It can’t lose face (diu lien) as the Chinese would put it.

Mianzi: The Importance of Face

The concept of face (mianzi) in Chinese culture is a complex one. It can most closely be defined as “dignity” or “prestige”.

How is Australia supposed to protect its security while simultaneously maintaining economic trade with China?

Many Australian politicians and media figures claim that China spying on Australian citizens constitutes an act of war. There fighting words.

There is a trend here

Beijing has made huge efforts to tighten control of its (and Hong Kongs) population in recent years.

President, Xi Jinping, introduced the country’s first cyber police and cracked down on cryptocurrency trading (as blockchain permits anonymous transactions). You can’t get a mobile phone, internet or much less a phone number without identity verification. You must have un-installable nation-state spyware apps on your phone. The list of the loss of common ‘western’ freedoms goes on.

But it’s not just towards its citizens that the CCP has become increasingly coercive.

Data shows a huge escalation in the CCP’s use of coercive diplomacy against Australia since 2018.

For nearly three decades, the Australian Government has pursued an aggressive policy of protecting its robust trade agreements with China. Is that why Australia never had a recession during this time?

But the game has now drastically shifted.

PM Morrison has increased defence spending in the Indo-Pacific region. He has introduced a national security test for all foreign investments. He has very publicly denounced Chinese disinformation campaigns designed to weaken or undermine democracies across the globe.

The PM has also warned the public repeatedly about the threat of cyber-attacks from China. A warning based in reality following the revelations of the SZD data leak.

And then there are issues of that TikTok. Owned by a Beijing-based technology company ByteDance, it is harvesting Australian data users on behalf of the CCP.

There’s no question that China remains one of Australia’s most valuable trading partners, with the relationship worth nearly $175 billion. And China is an equally dependent trading partner as well. Largely for iron ore exports that Australia produces in very high volumes.

In other words, Australia and China need one another economically. Escalating tensions between the two nations threaten to upend decades of economic prosperity that Australian citizens have enjoyed.

GadgetGuy’s take – Are we on the brink of a China and Australia cold war?

As I was reading Sam’s article, I kept wondering how this could end? And I kept wondering if a Tech news/reviews site should cover this. But I think Sam’s coverage is fair. Far more so than if he was covering Chinese influence in his home country – the US of A.

And the SZD evidence is shocking. I know a few of those 35,000 in the innocuously termed Overseas Key Information Database. They have had every aspect of their lives spied upon. Ironically it is how the Government is now able to identify those who may have been coerced or turned. Political names like Shaoquett Moselmane, Sam Dastyari, Andrew Robb, and Daryl Maguire are just the tip of the iceberg.

It is going to take a very cool, strong and stable hand on the tiller to navigate us through this shitstorm. One that is prepared to defend to the utmost Australian values over revenue and political correctness.

Morrison and Payne seem to be the ones to do this. Why? Because they are not swayed by the covert Chinese influence carefully ingratiated into all levels of Government and business here.

Only time will tell if things escalate further.

There is simply no denying that the CCP has become very aggressive in its spying of Australian leaders and citizens.

The SZD data leak hasn’t just definitively proven China’s spying actions; it shows how they do it as well.

Sam has also written a major article about Privacy and Chinese apps and Chinese clouds. It is fair and well researched, but one fact comes out.

Strong Anti-Chinese sentiment in the US has jumped from less than 20% to well over 70% – an all-time high. A late 2019 Lowry Institute poll found less than 30% of Australians trust China to act responsibly, down from 54%.

Links and images used herein are subject to the Creative Commons use as a scholarly article.