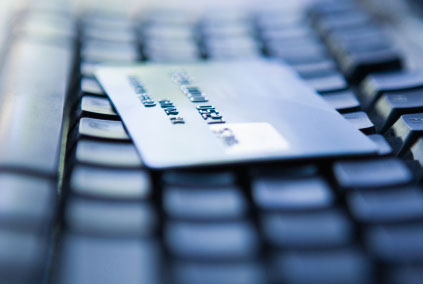 AskGadgetGuy: are $1 iPhones a real thing?

We were sent an interesting little link this week, suggesting that an Aussie news site had the goss on super cheap iPhones. There was only one problem: it isn’t real.

The internet is filled with things. Opinions. Videos. Recipes. Cats. Lots of cats.

It’s also filled with scams, because for some reason when something is online, it’s a little bit more believable.

Take the idea of cheap phones. If someone offered you a free iPhone, you’d automatically ask “what’s the catch”, but the moment it costs a small amount of money and there’s a story concocted that kind of makes sense, you might jump on it.

That’s the general feeling we got when we were sent this neat scam claiming that Apple was getting desperate and selling the iPhone 6 for $1 in Australia.

The idea behind the scam is that if you give your email and access to your credit card for the charging of one dollar, as well as waiting a few days, you’ll receive a free iPhone in the mail. Apple will apparently even take care of the shipping. How nice of the company!

The scam takes you to a page that looks authentic enough, purporting to be from a site called “TN Report” which from the design suggests it’s a news website. It even cements the deal by giving it ads, more stories, and a note that the one you’re reading is an Aussie edition.

The images and text certainly make the page look authentic enough, and the story is even written in a way that could convince someone that it was a real story, complete with an update claiming that the writers did what was written and got their cheap iPhone.

But alas, what might look real turns out to be fake. Quite fake indeed.

Simply put, every link on this page goes to the scam. Every. Single. Link.

The menu links for the rest of the so-called “TN Report” website? Links to the scam.

The links to other stories on the right? More links to the scam.

The Facebook messages at the bottom suggesting that more people have received the $1 iPhone? Yep, you guessed it, more links to the scam.

This entire page is a scam, and is presented in such a way where it could trick anyone.

Looking at the code, we see just how scam worthy it is, with those links to the scam not there by accident, and merely there to trick you, which we suspect is where that whole thing of waiting 3 to 4 days for your iPhone comes from, because by that point, your credit card details are well and truly in their system ready to be exploited.

Ultimately, websites like this are to be avoided, using social engineering to lure you in with cheap gadgets and hoping you spread it to your friends.

Essentially, if you don’t know how you landed on websites like this in the first place, there’s a good chance that it’s not real at all and should be avoid.

Close it down, ignore the pop-up it tries to keep you on the page with (an indication that yep, it’s fake), and move on with your web browsing experience. There are much better websites to visit, anyway.