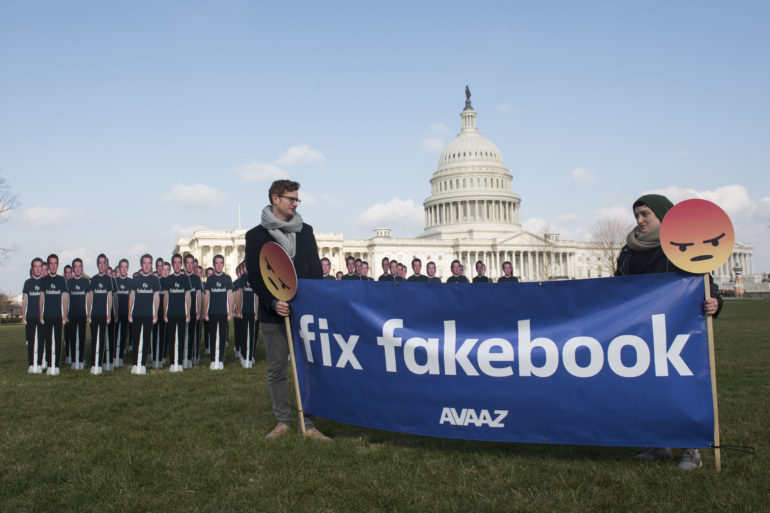 Facebook’s real danger may not be entirely its fault. A Facebook ecosystem of partners, data-scrapers and cross-matching data brokers make Facebook a deadly weapon. Facebook, like the gun makers, claims – ‘Guns don’t kill people, people kill people’. Facebook often retreats behind the excuse that it is just a social media platform. It won’t be responsible for its use by others. Well, it can and should be. Read on for an eye-opening admission.

I need to start with a personal admission – I recommend you read it as it helps explain the headline. It started in 1980 (way before the IBM PC and nearly two decades before the Internet became fashionable). I had just spent over $20K in developing a computer. By comparison, a new Holden Gemini cost about $2,000. No wonder my first wife was upset! “$20,000 for an A:> prompt – damn you to hell.”

But that A:> prompt started me on a long line of ‘start-up’ companies solely based on tech! One of which, Events (for event and conference management), was the world’s first of its type. It is still globally the best-selling software.

Having worked in politics before (please don’t pillory me – I vow never to sell my soul), one of my first programs was ‘Camputer’ – campaign computer. It built on a so-called intelligent word-processor, ‘Wordputer’ that I had written. It was able to intelligently mail-merge using, ‘If this, then that” to produce highly targeted letters to voters.

We typed in the State and Federal Electoral Rolls (only in hard copy those days). Suddenly, we had every Australian voter’s name and address. We developed the information that we needed to know about each of these voters. We mobilised branch members to door-knock and fill in the gaps. Things like preferred name, children’s ages, birthdays, local issues and even voting preferences. When a candidate met someone, he updated their name from ‘given’ to ‘salutation’ and entered more data about them.

I did not realise it at the time, but I used some pretty revolutionary programming. First, a relational database (were able to link ‘child’ records to a ‘parent’, allowing for an almost infinite ‘profile’ expansion). Second, a ‘spatial’ database to overlay UBD/Gregory’s map references (pre GPS) on the address database.

The spatial database was the secret sauce as it allowed us to send different letters (before email) to adjacent homes. One may say, “Isn’t it disgusting – the lack of park maintenance beside you?” The other may be, “Isn’t it disgusting – the pothole right outside your driveway still it not fixed?” Camputer became a potent weapon capable of generating at least a 13% swing for, or against, the sitting politician.

* Footnote: The Labor party took John Howard to the Electoral Commission (circa late 90s). It was ostensibly to have Camputer and its many knock-off programs declared illegal as a breach of the Electoral Act. Howard had to pulp eight million personally addressed voter letters. The Electoral Act had not contemplated ‘digitalisations’ swift move. It ruled that using electoral roll data was illegal as it was not freely available to all in digital format.

Facebook (Est 2004) stated as a student-written Harvard College platform to identify ‘hot chicks’. It quickly became a social media platform expanding through universities and high schools. By 2006 it was open to the public to create a personal profile, post photos, like/dislike, friend/unfriend and follow others. I will not comment further as I have never succumbed to the drug it has become.

Let’s say that Facebook is nothing more but a thinly disguised data-harvester. It vacuums up masses of information on-and-off Facebook about you. It monetises that by selling access to advertisers and undisclosed third-parties for things like electoral and opinion manipulation. Facebook embodies the seven deadly sins – greed, envy, lust, gluttony, sloth, and pride/wrath. That explains its recent face-off with the Australian Government.

Back to personal experience

You have to look at the sanctioned Cambridge Analytica scandal to see what I mean. I wanted to use Facebook to help market a conference. Direct email had become a pretty useless medium. Email opening rates were abysmal or often junked. I had an encounter with some similar bottom-feeding scum that weaponise Facebook. They marry scraped data with other data sources and use that refined data to influence you. It promised results beyond what I thought possible.

I won’t go into details, save to say that I was gobsmacked at the data the company could provide. Especially by deanonymising the data – marrying databases together until it got granular data. The campaign was a huge success in increasing conference registrations and general interest by over 30%. While using its services, I saw the seedy side. Clients includes a select club of politicians, anti-vaxers, woke, socialist, far-right and extremist groups et al., to peddle influence. The company was not fussy!

The problem is that Facebook is acting in a very grey, shadowy area between the law and ethics/morals.

It requires a huge amount of globally coordinated legislation to close the loopholes it works in. If the loopholes ever close Facebook should cease to exist as we know it. We should see a paid version for those that want absolute privacy. A free version may continue for those that don’t care about privacy.

Facebook must stop thinking (pride/gluttony) that it is above the law. It must start thinking with humility, “How can we improve the world?” In any case, many emerging local social media platforms should and will take its place. These platforms replace the need for charities and community groups to use such an invasive Facebook tool. Yet they will achieve exactly the same ends.

You can read about the impacts of Facebook’s Australian news ban here.