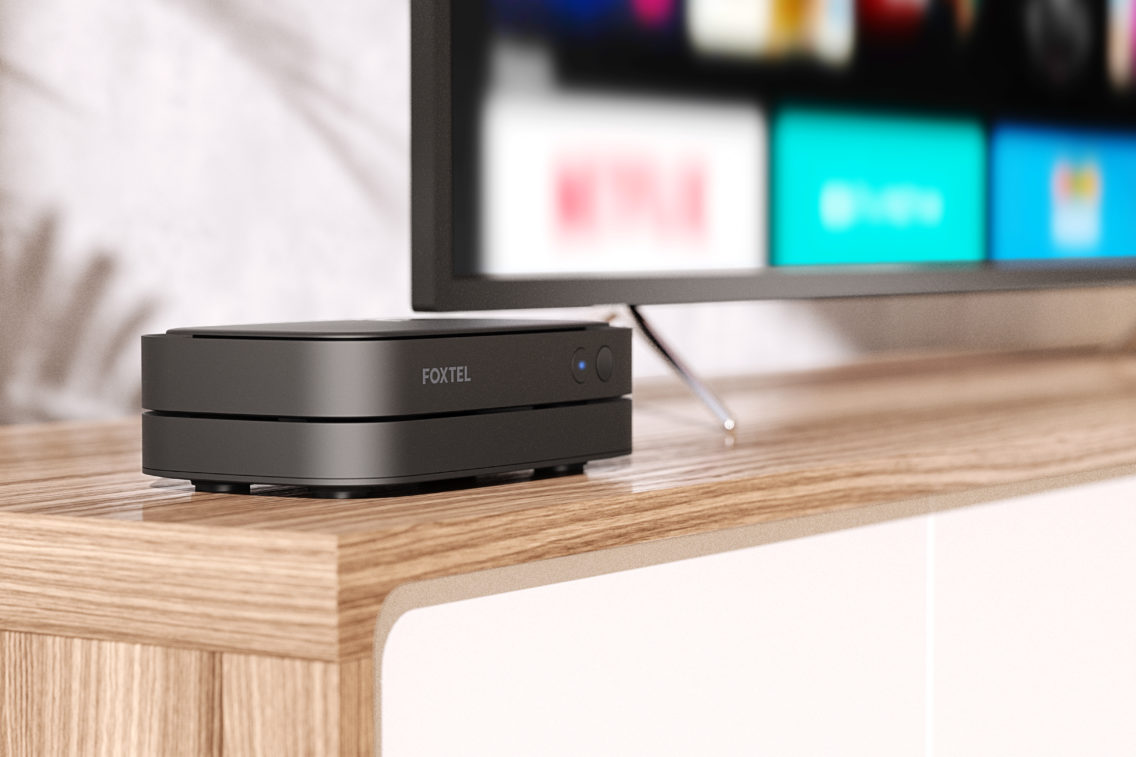 Cutting the cord for pay-TV subscribers, the Foxtel iQ5 giveth and taketh away.

Way back, before the rise of Netflix and catch up services, Personal Video Recorders were the best way to watch video “on-demand”. With a built-in hard drive, PVRs let you automatically record your favourite shows and even record multiple live channels at once – so you can watch things when it suits you.

PVRs can also perform time-bending tricks such as pausing and rewinding live broadcasts. Plus, there’s “chasing playback”, letting you watch the start of a movie while you’re still recording the end.

The demise of TiVo and Telstra’s TBox left the Foxtel iQ and Fetch TV Mighty as Australia’s two best PVRs – each capable of recording a mix of pay and free-to-air channels. The big difference was that the Fetch TV Mighty streams pay-TV over the internet. Meanwhile, the Foxtel iQ relied on a satellite or cable connection – putting it out of reach for some homes.

That all changes with the new Foxtel iQ5. It offers the choice of receiving Foxtel channels – even the 4K channels – via a satellite dish on your roof or streamed over the internet. Unfortunately, it asks for a few sacrifices in return, which won’t suit some lounge rooms.

For now, the Foxtel iQ5 is only available to “select Foxtel subscribers” from early September 2021. It will become more widely available later this year.

Setting up the Foxtel iQ5, you’re offered a choice of satellite or internet connection. It doesn’t support cable connections. The pay-TV giant is migrating customers away from the HFC cable network, which once belonged to Telstra but is now owned by the NBN.

Just to clarify, right now Foxtel customers receive Foxtel as a TV signal, over satellite or HFC cable. Foxtel is going to stop sending TV signals over HFC, because the HFC cable now belongs to NBN. With the iQ5, Foxtel will now let you watch Foxtel as an internet streaming signal. That will work over HFC or any other broadband connection.

Connecting via the internet is self-install, with the option to plug an Ethernet cable in the back or connect to your home Wi-Fi network. Download speeds of 25 Mbps should be enough to watch a 4K channel. Still, faster speeds are advisable, considering the box can record two internet channels and one free-to-air channel simultaneously while watching a fourth. Plus, you obviously need some bandwidth left over for all the other gadgets in your home.

If you can’t get a Foxtel satellite dish installed on your roof, the iQ5’s broadband connection is the only way to watch Foxtel’s 4K channels. They’re not available via cable or Foxtel’s streaming services Foxtel Now, Binge and Kayo.

So if you want to watch and record free-to-air, you need to connect the Foxtel iQ5 to your aerial wall socket. That might be a hassle, considering dwellings like apartments that can’t get a satellite dish probably also have little control over the quality of their aerial.

The detachable 1 TB hard drive on the Foxtel iQ5 should be good for 345 hours of SD recordings, 172 hours of HD or only 45 hours of Ultra HD. So the possibility of upgrading to a larger drive in the future is encouraging. It remains to be seen how much Ultra HD content we’ll get from Foxtel in the future and whether content giants like HBO will jump on the 4K bandwagon.

There’s also talk that Foxtel might sell the iQ5 streaming box for $99 without the storage drive (Foxtel has confirmed this option is coming “in the new year”). This might make it handy for the bedroom, although you’d obviously lose all the recording and PVR features.

You could argue that PVRs are irrelevant now that practically everything is on-demand. That said, catch up usually isn’t available until long after a program has finished. With the iQ5, if you turn on a movie or TV show halfway through, you can press the red button to jump back to the start.

Building on changes with the iQ4, the iQ5 also improves its personalisation and recommendation features. Plus, you can use the remote to browse and search using voice commands.

This is all particularly handy when – alongside Foxtel and free-to-air channels – the iQ5 also features Netflix, ABC iView, SBS on Demand and YouTube. Others on the roadmap include Vevo, Amazon Prime Video and the other major free-to-air catch-up services. You’re still missing some of the big guns like Disney+, Apple TV+ and Stan.

One of the big disappointments is that while the Foxtel iQ5 can support High Dynamic Range (HDR) and Dolby Vision, it’s not yet enabled. These reveal greater details in the brightest highlights and deepest shadows, assuming your television supports them.

This means that for now, on a Dolby Vision-capable 4K smart TV like my LG OLED, Netflix Originals like Lost in Space look much better using the TV’s built-in Netflix app than coming from the iQ5. It damages the iQ5’s credentials as a one-stop entertainment shop.

When it comes to Foxtel’s own channels, they look just as good via the internet as via satellite. In the long run, streaming should be good news for Foxtel viewers – potentially supporting not just 4K resolution and high dynamic range but also higher bitrates to deliver a clearer picture.

Hopefully, that means we won’t see a repeat of the Game of Thrones debacle, where the epic 80-minute nighttime Battle of Winterfell was so dark and blurry it was almost unwatchable. HBO and Foxtel tried to blame people’s televisions, but the real fault lay with the show’s makers. They shot incredibly dark scenes without allowing for the fact that the networks compress video and don’t deliver a high enough bitrate to ensure a clear picture. There’s no excuse for that when streaming.

The Foxtel iQ5 is a welcome addition to the line-up, bringing Foxtel’s 4K content over the internet to those who can’t get access to satellite. The PVR features will seem redundant to some people in the streaming age, so the possibility of just paying $99 and forgoing and the hard drive is handy. Needing to plug in an aerial to watch free-to-air will be a deal-breaker for some.

Of course, whether or not you think it’s worth subscribing to Foxtel these days is a completely different story. The viewing landscape is more fragmented than ever. Exclusive live sport and HBO are Foxtel’s two big draw cards, at least for now.

Yes, if I thought my household would get value from a Foxtel subscription.

Foxtel iQ5 Personal Video Recorder – pay TV embraces the internet (review)
If you can't get a satellite connection, the Foxtel iQ5 is the only way to access Foxtel's 4K sport and movies – but you'll need to hook up your aerial to get free-to-air.
Features
8
Value for money
9
Performance
9
Ease of use
9
Design
9
Positives
Doesn't require satellite or cable connection
Offers Foxtel's 4K sports and movie channels
Can record pay and free-to-air television
Negatives
No free-to-air via internet
Missing some streaming services
HDR not yet enabled
8.8