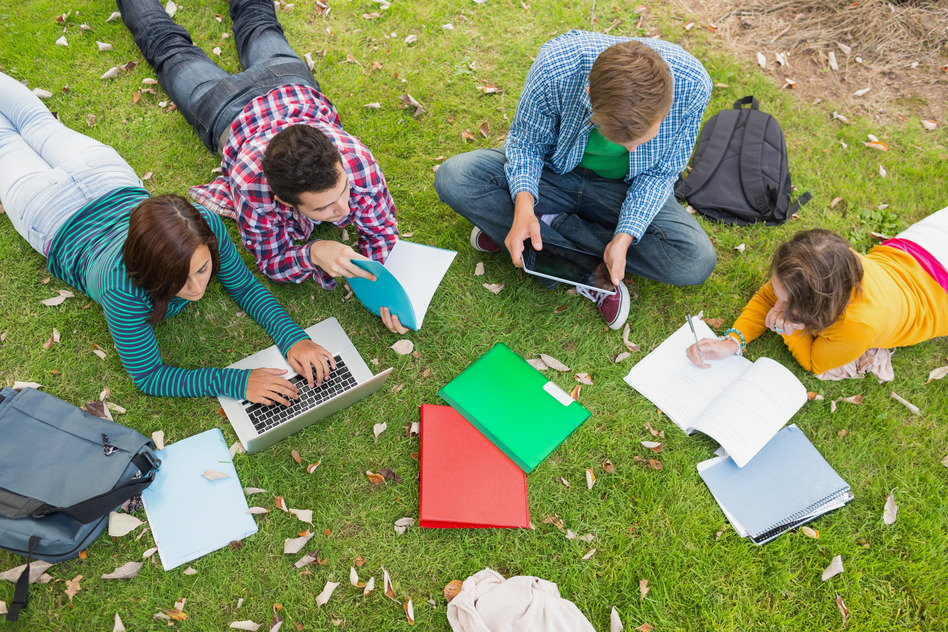 Unless your laptop is made to take a beating — and some are, but not many — there’s a good chance you’re going to need to invest in something to make sure the laptop will survive when your child eventually and inadvertently throws their backpack down the stairs or on the asphalt without thinking.

Given that school bags are generally bought from the school, it’s unlikely that you’ll be able to look into a specialised laptop bag with padding made for the laptop, so instead, think of grabbing a case or sleeve made for the size of laptop you’re buying, like these options below.

Note: as with all cases, look into seeing whether the size case you’re buying will be compatible with your laptop before purchase. Some computers may carry the same rough dimensions — 13 inch screen size, for instance — but they may have different dimensions in thickness, so before plonking down the money, make sure the dimensions all line up or try it in store.

Soft and padded, Incipio offers around eight varieties of the conventional laptop sleeve, but the Asher was the one we thought was basic enough for an ever day backpack, delivering faux fur on the inside and a nylon exterior to keep a laptop padded enough so that it won’t break in the regular backpack, which is kind of what you want.

STM’s soft padded sleeve includes two zip up sections, with one being for that lappy and another for any bits and pieces you might need on the side. It also arrives with a handle, too, meaning if you only want to carry this with you somewhere, you can simply take it out and hold the lappy in its protected case as you walk.

Bag brand Booq does some cool little products, and the Viper is another of these, bringing a moulded body hard case to a sleeve with ballistic nylon on the outside and a little more resistance than mere plush. If you’re concerned the laptop owner may be unforgiving, a hard case like this could make all the difference.

Thule makes a soft case like everyone else, but it also makes something with a semi-rigid hard shell and a design that repeals water. This one is a little different and may feel a little heavier, but the foam material also means you may not have to worry about the goods inside — the laptop — breaking when the kids happen to be a little careless.

Owning a new computer is only one part of the package, because obviously you need software.

The very thing that makes a computer usable, much of the software the kids will be needing will very likely be provided by the school, so before you go out and buy a licence for Microsoft Office or a subscription to Adobe’s Creative Cloud, get your kids to talk to the IT department at your school and find out what can be provided.

If the school already has licensed copies of the application they need, bonus and you won’t have to spend any money. If, however, your IT department isn’t sure, it might be advisable to head to the online resources provided by the people in charge of your state’s education, because depending on where you live in Australia, you might qualify for free software anyway.

For instance, if you’re living in NSW, the OnTheHub system used to service the educational software needs of the nation offers quite a bit of choice, with Office 2016, Windows 7 through to 10, Adobe Photoshop Elements, Adobe Premiere Elements, and even Adobe Creative Suite, all for free.

Victorian students will find a different set of software, with CyberLink’s multimedia software, EndNote, and Parallels, but no Microsoft Office and Windows that we could find.

Digging a little deeper, Victoria’s education department suggests that licenses to software from Microsoft will have to be purchased, unfortunately.

The same goes for Tasmanians where the OnTheHub system also doesn’t offer much, merely providing Parallels, WinX software, Nero disc writing, and EndNote, but no Microsoft or Adobe software.

Western Australians fare a little better, with Microsoft Office and Windows both taken care of, as well as Parallels for remote desktop access, though no Adobe software for free.

Queenslanders and residents of the Northern Territory can’t be found on the service, and indeed the websites offered by each of the educational divisions for these states also appear to offer very little, forcing residents of these states to either ask the IT department again or turn to one of the other options below, which might mean to get out that wallet.

If you do need to get out that wallet, consider a four-year subscription to Microsoft Office, officially called the “Office 365 University Edition”. This version of Office 365 is pretty much the same as what you normally get, except it’s cheaper — $99! — and works on two separate computers with a four year subscription.

Alternatively, you could buy Office yearly for $100 to $150 like every one else, paying that fee yearly. Students get all the deals.

Adobe’s software won’t be needed by all, either, but if you have a future photographer, designer, filmmaker and editor, or just someone who likes to dabble living in the same house, consider a yearly subscription to the Adobe Creative Cloud, which starts at $9.99 per month for access to the photographic apps (Photoshop, Lightroom) or $14.99 for every Adobe app.

If you don’t want to be locked into a plan, however, you’ll find stores like Officeworks sell the “Adobe Creative Cloud Photography Plan Education Edition” in a card, providing a one year subscription to Photoshop and Lightroom for $139.

You don’t have to pay money for software if you don’t want to, though.

In fact, so many pieces of software can be found online for free, with clones of software filling in much needed gaps and providing that basic provision for nothing at all.

For instance, if you don’t want to pay for Office, you can always get by with OpenOffice, a totally free clone of Microsoft Office that includes versions of Word, Excel, and PowerPoint for nothing at all. Not everything always lines up, but OpenOffice has gotten a lot better over the years, becoming something quite a lot of people turn to over Microsoft Office.

A little different, Google Docs requires a Google account typically used for Gmail or another Google service, and this activates storage on the cloud to let you write documents, edit files, work on spreadsheets, and create and edit presentations inside your web browser in a fully-featured system that saves your files to your Google account for access anywhere.

Once stored in a Google account, owners of an Android phone or tablet, or even an iPhone or iPad can find — with the right app — that they can access their files from their mobile device.

Students doing a little more on the creative side will find they have free installs available of 3D modelling software like Autodesk’s 3DS Max and Maya, while anyone keen on trying their hand at architecture or industrial design will find Autodesk’s AutoCAD and Revit.

And programmers aren’t being left out either, because while they can code in basic text editors of which there are certainly quite a few around, Microsoft’s DreamSpark program could kickstart the whole development process, while a free edition of Visual Studio could keep them there, encouraging students to code their hearts out.