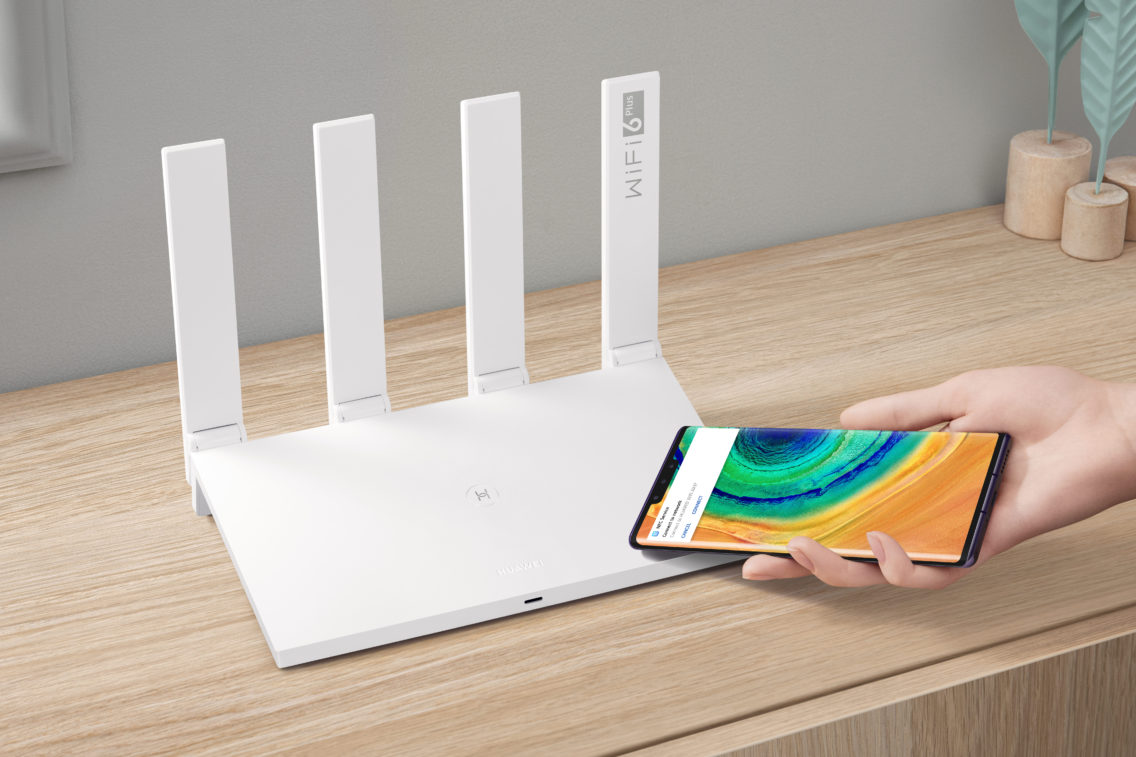 The Huawei WiFi AX3 wireless router is an affordable step up to Wi-Fi 6 AX, although it is only faster with Wi-Fi 6 devices.

The Huawei WiFi AX3 spec sheet looks impressive, but, as we did deeper, we find areas where Huawei hasn’t gone with the latest and greatest AX options. To be fair, that would drive the price up considerably. Instead, Huawei aims to offer an affordable step up to Wi-Fi 6.

A slender design but with four obvious antennas, it is not the most subtle router. But it’s also not the most garish, considering that some high-end Wi-Fi routers look like a giant spider lying dead on its back.

Set-up is straightforward – either use the Huawei AI Life app or configuration via a web browser.

We recommend the browser method. Go to the default IP address and configure the Wi-Fi name and password, as well as a password to access the router’s menus. There is a choice to set up separate 2.4 GHz and 5 GHz networks to support older IoT devices issues. If not using Wi-Fi 6 devices, there is an option to make it a pure Wi-Fi 5 AC network. The default IP address can be changed.

Use the Huawei AI Life smartphone app to configure the router requires some personal information exchange. It asks for GPS (location) – deny that but set the region to the correct time. There is no option to deny Bluetooth and camera access, which are used to detect and add other Huawei gear around your home.

Huawei WiFi AX3 has a few tricks to give it a performance boost – but the Catch 22 is that these only work with recent Huawei Mate and P40 phones that support Huawei’s proprietary 160 GHz AX3 6Plus. This pushes through more data over short ranges. The trade-off is performance degrades quickly over distance. It defaults to 80MHz for 5GHz.

If the router does not provide enough coverage across the home, it also supports Mesh Wi-Fi by adding other Huawei routers as Mesh extenders.

MU-MIMO “Multi-User – Multiple Input, Multiple Output” has been around for a few years, but Wi-Fi 6 takes it up a notch. MIMO bounces around multiple radio signals to improve connections. MU-MIMO adds a fast lane to the wireless network for newer devices. It’s not so much about a speed boost as it ensures that older Wi-Fi devices don’t get in the way and slow things down.

All the usual features such as time limits and parental filters. These ensure youngsters don’t spend too much time online or wander into the dark corners of the web. Speed limiting their devices ensures they don’t choke the broadband connection when downloading massive updates from the likes of Steam.

There’s also guest Wi-Fi for granting friends limited access, along with Huawei Share, which works with Huawei devices. It uses NFC to connect devices to the Wi-Fi network.

The ‘H’ button on the router’s top makes it easy to connect Huawei Wi-Fi devices. The router also supports WPS.

The surprising omission is the USB port. This means no way to access a USB printer or USB storage across the network.

Upgrading from a Wi-Fi 5 Google Nest WiFi to the Wi-Fi 6 Huawei WiFi AX3 delivers a network speed boost of approximately 2.2x with a Wi-Fi 6 Apple MacBook Air (M1 2020). This is despite the M1 MacBook Air getting a weaker signal strength from the Huawei than the Google.

At 9 metres, in the next room, speeds dropped 55%. Speeds from Google only dropped 30%.

So, the greater distance, the less the benefit offered by the Huawei WiFi AX3 – only 1.35 times the speed from the Google Nest Wi-Fi.

There is no noticeable improvement using an older Wi-Fi 5 notebook with the Huawei WiFi AX3.

At a range of 4 metres in the same room, the MacBook clocked 107 Mbps. It was using a 40MHz channel.

So moving from a Wi-Fi 5 notebook to a Wi-Fi 6 notebook delivered a 5.5 times speed boost. But keep in mind the new M1 MacBook Air is much more powerful and has the benefit of using an 80 MHz channel.

Perhaps more telling is that  the MacBook Pro connected to the Huawei saw a 10% speed drop compared to the Google. At 9 metres, in the next room, speeds dropped 35% for both.

So at a greater distance, the Wi-Fi 5 MacBook Pro performed a little better connected to the Wi-Fi 5 Google router than the new Wi-Fi 6 Huawei WiFi AX3 router.

To summarise: New Wi-Fi 6 devices should see a speed boost, but the greater distance from the router, the less the improvement. It is not imperative to upgrade from AC to AX until there are enough AX client devices to warrant it.

If you have a few Wi-Fi 6 devices, then upgrading to a Wi-Fi 6 router should deliver more speed for those devices. If you care more about coverage than speed, perhaps your money would be better spent on Mesh Wi-Fi coverage.

Beyond that, your opinion of the Huawei WiFi AX3 will depend on whether you take a glass-half-full or glass-half-empty view.

The glass-half-empty view is missing out on some high-end specs such as Wi-Fi 6E and higher specd MU-MIMO. But expect to pay 2-3 times more for a Netgear Nighthawk RAX200 tri-band AX11000, 12-stream router. Or at a more reasonable price, the D-Link AX5400 dual-band, 8-stream, both with Mesh capability. And there are even lesser cost AX Mesh alternatives that you should also consider.

The glass-half-full view is that with the Huawei WiFi AX3, you get a basic Wi-Fi 6 without breaking the bank. You’ll especially see the benefits at close range. Further away, the improvement decreases unless you have other Huawei gear.

Considering the security concerns some people have, it is good to see configuration via a web browser without installing the app. As with any product, read the Privacy Policy and Terms and Conditions.

Only if I lived in a small home where I’d benefit from the significant short-range speed boost and didn’t need mesh Wi-Fi.