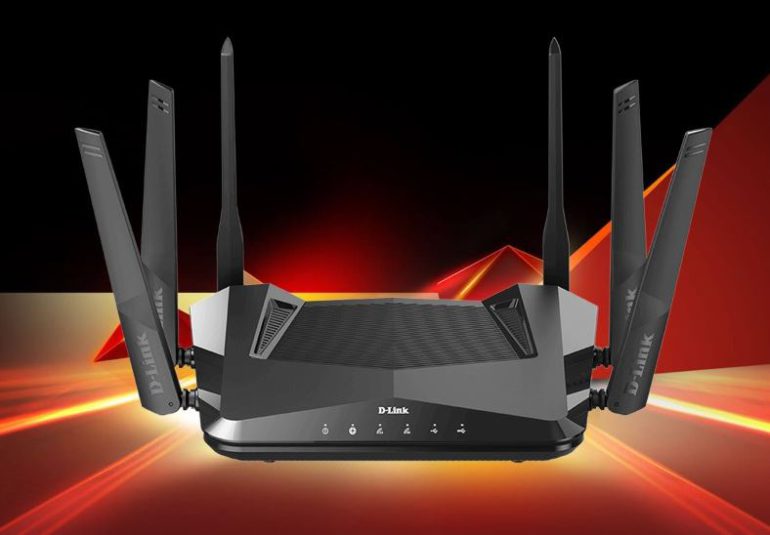 D-Link was a little late to the Wi-Fi 6 AX scene. The new D-Link EXO routers range may not be at the top of the AX power tree, but they are excellent quality and value from a well-known brand.

Last year the company introduced Wi-Fi 5 D-Link EXO routers in AC1750, AC1900 and AC3000. At the same time companies, including Netgear and ASUS et al., were releasing Wi-Fi 6 AX6000 to AX11000. As we are power-hungry users, these naturally took our attention. Our apologies to D-Link!

Well, over the Xmas break we put the D-Link EXO AX5400 and the D-Link EXO AC3000 through our rigorous router tests. Without exception, they performed brilliantly passing or exceeding every test we could throw at them. And on the value front, they did very well. As you will see, later the MESH extender is incredible and works seamlessly with any brand AX or AC router.

But first, a segue. Horsepower or Lilliputian power?

I am a strong believer that MESH rarely works as over-promised. MESH means a router and satellite/s talk to each other to present a single sign-on (SSID) throughout the house. In short it may eliminate Wi-Fi blackspots, but effective data transfer rates are never quoted!.

Dual-band is MEH-MESH (uninspiring; unexceptional), but it has its place in undemanding and smaller spaces. Our tests show its no substitute for a powerful router. In reality, the satellites need to be within 5-7 metres line-of-sight of the main router. Further than that distance, they can’t get enough signal strength to keep data transfer rates to respectable, usable levels.

Well, that line is softening a little with the excellent Orbi Wi-Fi 6 AX6000 tri-band. But more importantly, the Orbi meets the definition of a powerful router in its own right. In our opinion, MESH with a powerful router and satellites that can backhaul (send data back) over dedicated Wi-Fi 5Ghz or Ethernet is closer to real MESH. And that is precisely what D-Link EXO routers are.

And a final point – good home W-Fi is all about network design.

Wi-Fi 5Ghz has a usable transmission range of about 10m from the router (it is a 20-metre diameter circle if the router is in the centre).

If your router is tucked away in a cupboard, garage or at the extremity of a house, it will provide poor Wi-Fi to the rest of the house. You need to get the main router to the ‘circle’ where all the power Wi-Fi users are. Connect as much of these as possible via Ethernet to reduce Wi-Fi congestion. Satellites should only ever add adequate speed to black spot coverage – not be relied on for 4K streaming!

The D-Link EXO are foremost standalone routers with the ability to connect SSID ‘Range Extenders’ like the DAP-1820 AC200 EXO Smart Mesh that uses either Wi-Fi or Ethernet backhaul.

The D-Link EXO range covers (* supported device are our estimates in brackets). D-Link has a PDF summary here.

In essence, it comes down to the number of devices you have and if all of those devices are within that 10-metre range.

** Note that AX only works with AX devices like the latest Samsung Galaxy S20 or iPhone 12 series. Otherwise, it is just AC speeds.

Tests were with both the AC3000 tri-band and AX5400 dual band on the 5Ghz band using Samsung Galaxy S20 Ultra 5G AX smartphone. They were very close, and the results are the average of five tests at each distance.

This shows that two tested routers have good antenna design and enough power to transmit 5GHz up to 10-metres. At that distance, 2.4GHz kicks in at -50dBm and 130Mbps – more than enough.

It takes the signal it gets from the router and retransmits it over 2.4Ghz (300Mbps) and 5Ghz (1733Mbps). When connected to a router using Wi-Fi 5Ghz backhaul, it dedicates 866Mbps for backhaul. When connected via Ethernet, it has 1000Mbps (Gigabit) bandwidth

This is an excellent 10-out-of-10 Wireless range extender for a few reasons.

Any device that connects downstream via Wired or Wi-Fi Ethernet router (e.g., via its Mesh Extenders too) has:

The second part is McAfee LiveSafe

It has a two-year free subscription for unlimited installations on Windows, Android, Mac and iOS (features vary depending on OS) devices.

D-Link EXO routers from AC1750 to AX5400 are MESH extendable. Without fail, they do an excellent job. Let’s call them 3, 4 and 6 cylinder routers (using car vernacular)

You might be surprised that weeklong tests of both the AC3000 tri-band and AX5400 dual-band with a single DAP-1820 MESH extender supported a load of well over 40 devices with ease.

At GadgetGuy any score over 4/5 means it is fit for purpose.

The EXO range averages 4.5/5 because there is a model for every need and price bracket. You cannot go wrong.

You can read other GadgetGuy networking news and review here

D-Link EXO routers – great routers with optional MESH capabilities (review)
Features
9
Value for money
9.5
Performance
9
Ease of use
9
Design
9
Reader Rating0 Votes
0
D-Link has an excellent reputation and local support
You can choose a router and price bracket that suits
If you need black spot coverage, DAP-1820 is a 10/10 for any brand router
The free McAfee Defend adds great value to the router!
None really - well I am waiting for a D-Link AX11000!
9.1