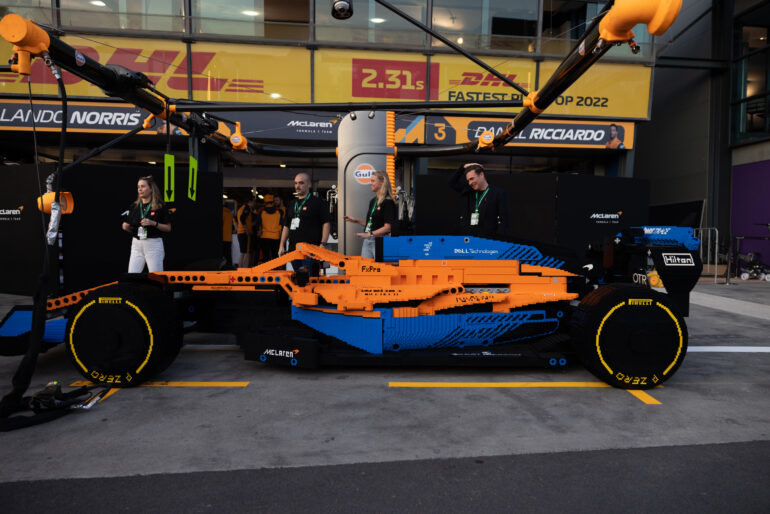 Rejoice F1 and LEGO fans, your prayers have been answered. LEGO Australia and McLaren Racing have teamed up to create a life-sized version of the 2022 McLaren Formula 1 racing car.

The gigantic build features McLaren’s papaya livery, originally appearing on the MCL35M and all the way through 2021 F1 season to the new-look 2022 F1 model.

You can take in all its blocky goodness at this year’s 2022 Australian Grand Prix in Albert Park, Melbourne, where it will take centre stage for the weekend.

We are excited to unveil the unique LEGO Technic model of our McLaren F1 car, a fun and engaging product that celebrates our 2021 season livery while giving fans a hands-on interpretation of the new 2022 F1 car design.

While you can’t buy this one-of-a-kind replica, built by LEGO Certified pro Ryan ‘The Brickman’ McNaught, you can get your own smaller version. LEGO’s Technic McLaren Formula 1 Race Car kit can be purchased in stores for $AU279. However, as it’s expected to be very popular, LEGO says it can be backordered on LEGO.com.

LEGO to Father’s Day in Sydney. Yoda not want to miss it.