New iMac Pro, a computer to drool over 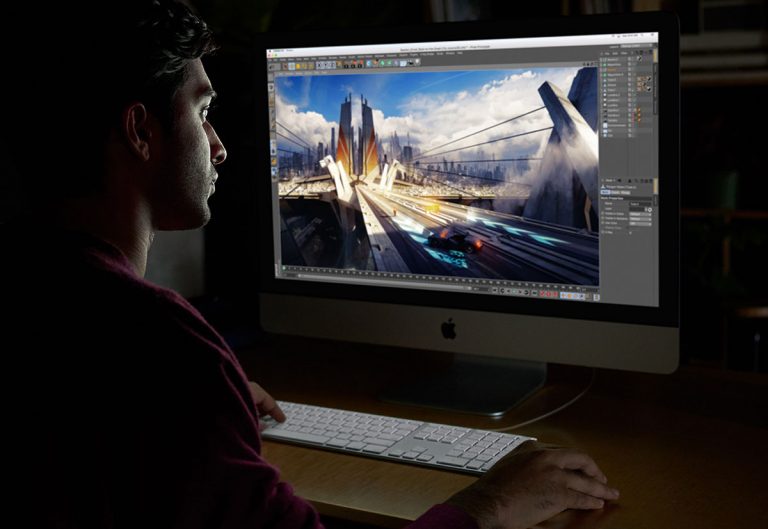 I know, I shall be cool and calm and not get to worked up. Wrong! A computer with Apple’s style and up to 18 cores of Intel Xeon processor? This is like someone deciding to produce a system without limits.

But the new Apple iMac Pro is still a few months away, due to be released in December. And it is for the serious purchaser, starting at $US4999 in America. Australian prices will be determined closer to the time (who knows where the exchange rate will be by then).

What the purchaser will face is a 27 inch Retina 5K display with a billion colours available. The case remains stylishly Apple, so it’s compact despite the computing power. A redesigned cooling system increases the cooling performance on the last model by eighty per cent.

Driving the display is a Radeon Pro Vega graphics processing unit. It supports up to 16GB of high bandwidth RAM. This can deliver some 22 teraflops of “half-precision computation”.

While not all teraflops are the same, it’s worth noting that the first computer to achieve one teraflop was specially built to manage the US nuclear arsenal in 1996, used the same floor space as provided by a medium sized house, and chewed up 850kW of power.

Sigh. We live in wonderful times!

All that power is very useful in high end graphics processing.

The new iMac Pro can come with up to 4TB of solid state drive and 128GB ECC memory. That stands for “Error-Correcting Code” memory. It self checks and corrects any errors, guaranteeing perfect performance. There are four Thunderbolt 3 ports, supporting two more 5K displays and two RAID storage arrays.

And networking? Forget about gigabit. This computer supports 10Gb Ethernet. That is very useful for transferring massive video files around the office fast.